A CHEEKY pup jumped up and grabbed a journalist's microphone during a TV weather report.

Mir TV weather reporter Nadezhda Serezhkina began her piece to camera on spring's arrival in Russia when she was interrupted by friendly dog. 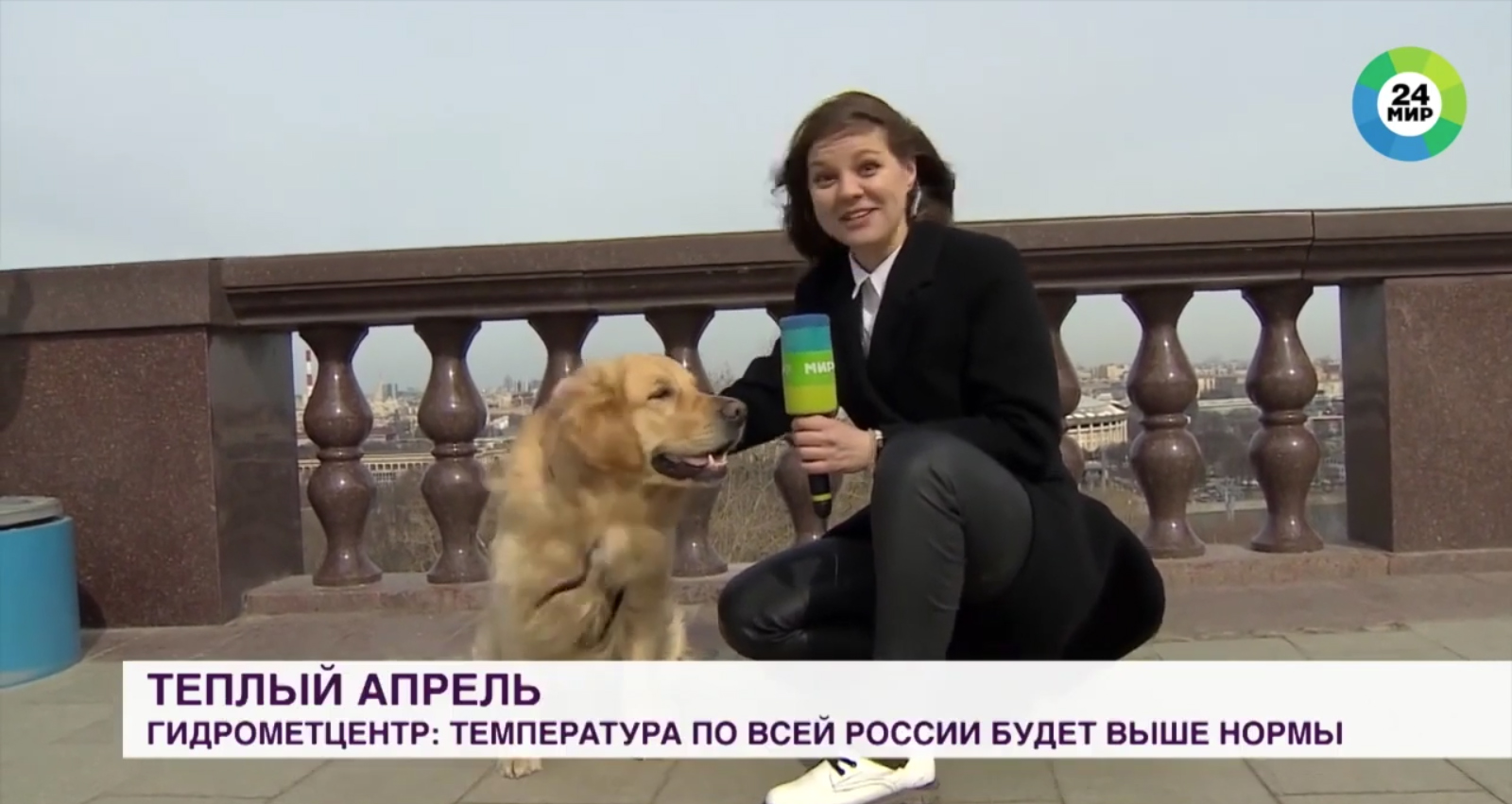 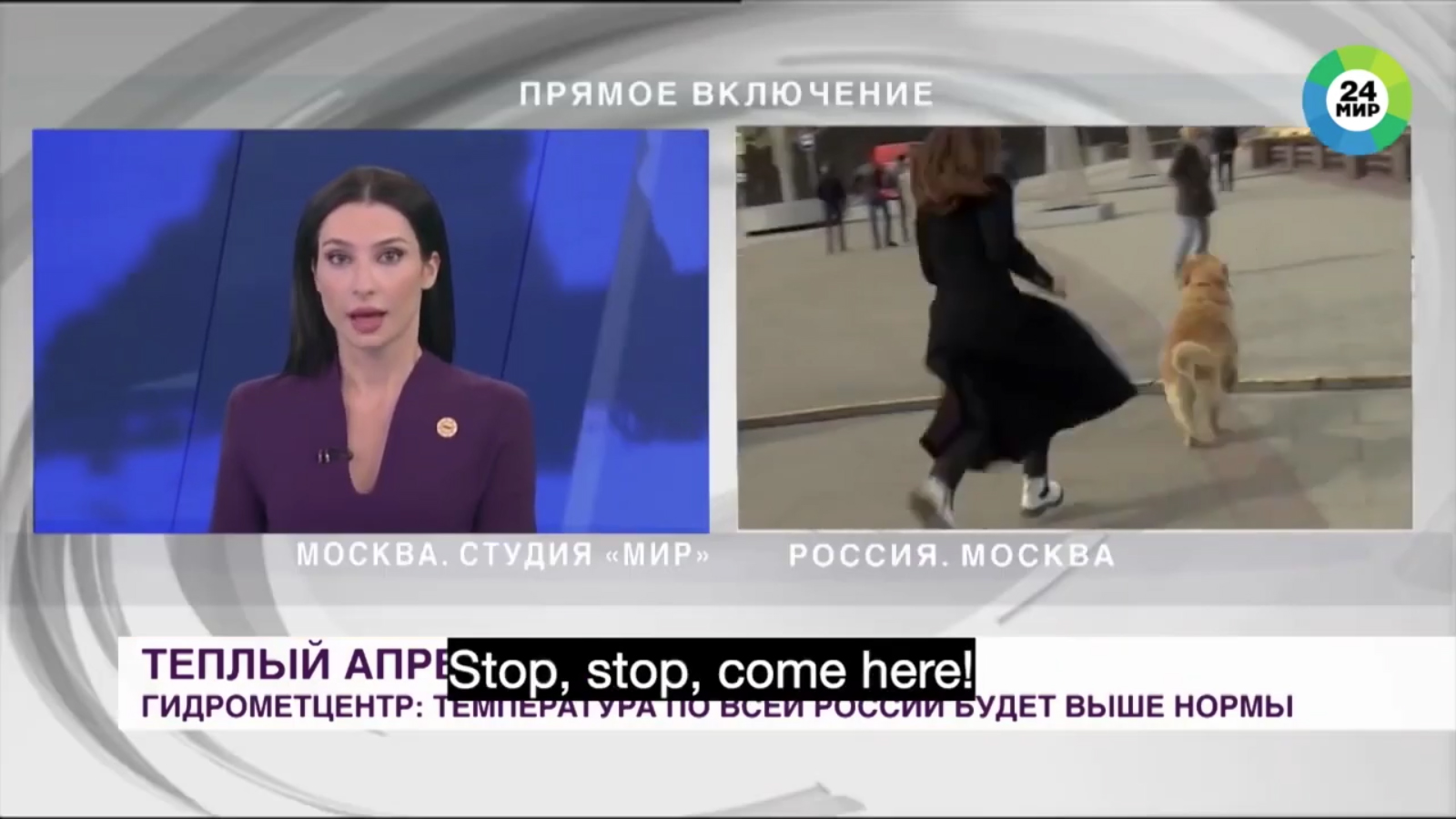 As the Labrador Retriever seized the microphone the journalist dived to save the piece of kit.

Nadezhda had been reporting against the backdrop of Sprarrow Hills in the Russian capital.

She started the live broadcast by telling the studio presenter: "Hello Elina, spring has arrived in Moscow, the temperature will be 8 degrees Celsius, nine degrees Celcius…"

As the naughty dog jumped up, he knocked the unsuspecting reporter backwards before she makes a lunge to retrieve the microphone.

Nadezhda can be seen running after the Labrador retriever whilst shouting "Stop, stop, come here!"

She didn't have much luck unfortunately as the dog managed to escape.

Viewers on Mir TV, a channel that broadcasts to countries of the old Soviet Union where stunned by the animal antics seen on screen.

Back in the studio, Elina Dashkueva, 27, looked momentarily stunned before explaining that 'given all this' the connection was lost.

However, Nadezhda managed to get her microphone back and continued the weather report – with her new furry friend sat beside her.

She told viewers that "no-one was injured, but the microphone took a bite or two", as a close up image proved.

"Elina, as I said, the weather is truly perfect, just right for walking your dogs…..That's all from me."

"Stay with us, it's interesting," said Elina. "Nadezhda Serezhkina was on a direct link with us when a dog made it on our live broadcast."

Nadezhda is then seen shaking the dog's paw. 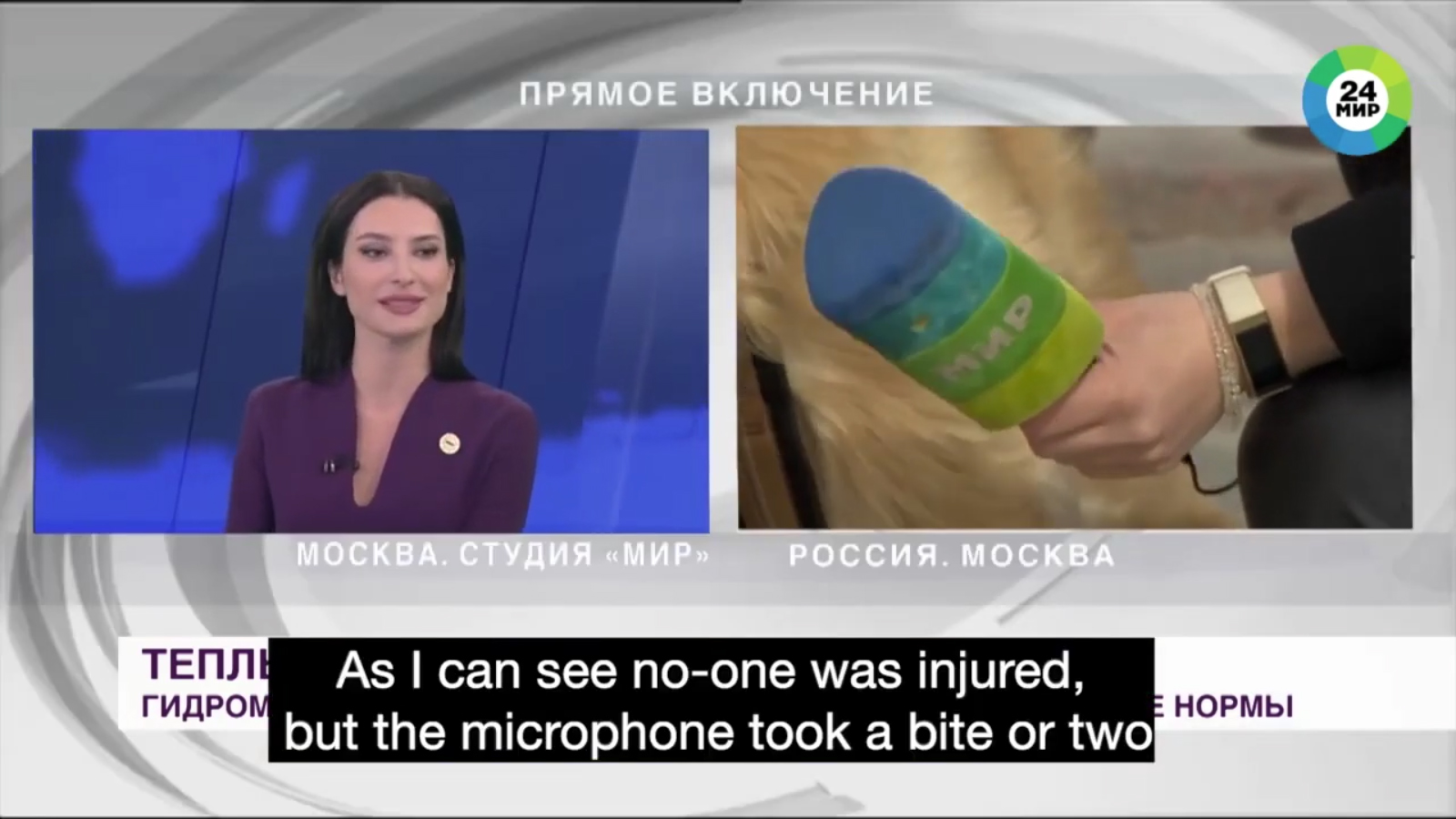