Revellers at an illegal party held in a Croydon barber shop have been fined for breaching Covid-19 rules.

Police busted the rave at the Kiss Kuts barber shop on London Road in South London at about midnight on 19th February.

The alarm was raised when someone heard loud music coming from the business.

Officers found 22 people at the party ignoring the Covid restrictions.

Police cam footage shows officers entering the property and then heading to the back of the business where the party-goers were hidden. 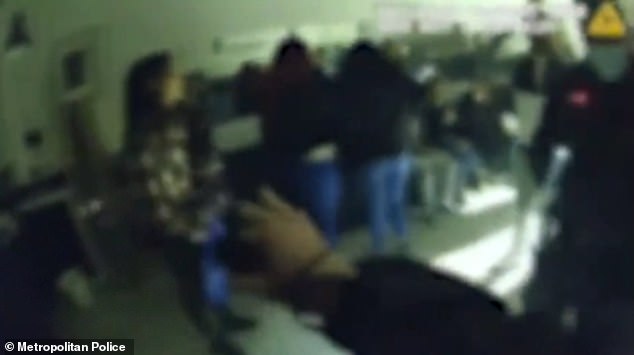 They were all sent home and now face fines for breaching health regulations.

Inspector Kathy Morteo said: ‘Everyone knows that it is neither lawful nor safe for such events to take place while the country is dealing with the COVID-19 pandemic.

‘The Health Protection Regulations are in place for good and easily understood reasons, and it is our role to enforce them in London.’

Police have broken up several Covid parties since the start of the third lockdown.

Last month two officers were injured when they broke one up in Kensington, London, which had about 200 attendees.

They became ‘hostile and pushed’ to avoid fines.

In Sheffield, a student party attended by up to 150 revellers was shut down by police for breaching coronavirus rules. 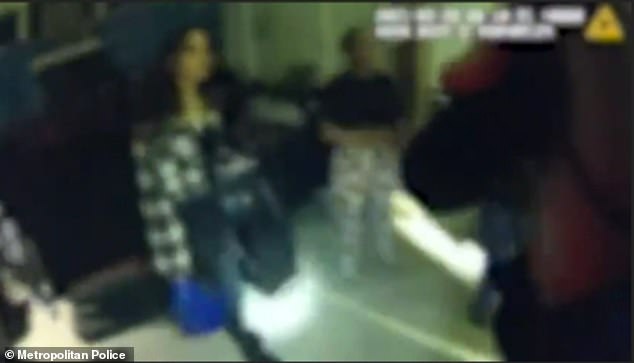 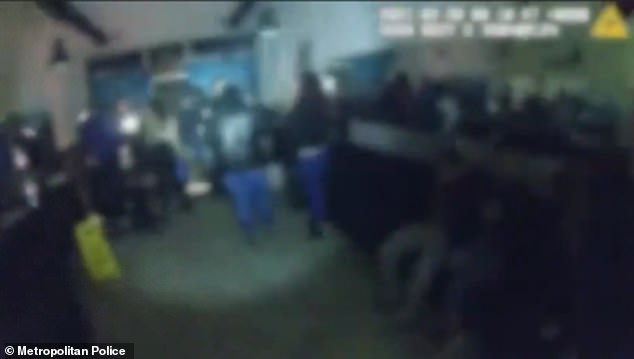 The organiser of the illegal party held in Croydon, south London, has been fined £10,000

Footage showed dozens of students attempting to flee the Ranmoor Student Village as officers descended on the illicit party on Thursday.

Police issued more than £34,000 worth of fines following the gathering, including a £10,000 penalty for the organiser of the party and more than 30 Fixed Penalty Notices of £800.

And in Basingstoke, Hampshire Police were called to a home where a total of six people were gathered.

The Lockdown-flouting revellers told police they had no idea there was a pandemic because ‘we don’t watch the news’ when their party was busted.

Under current lockdown laws, police can take action against Britons who meet in 15-person, including breaking up illegal gatherings and issuing fines – from £200 for the first offence, doubling to a maximum of £6,400.

If people hold, or are involved in holding, an illegal gathering of over 30 people, the police can issue fines of £10,000. People attending illegal house parties face £800 fines as police tighten their clampdown on rule-breaking.