Home » More than 30 Tory MPs rebel over the cladding scandal

More than 30 Tory MPs rebelled against the Government over the cladding scandal yesterday.

They accused ministers of ignoring ‘screams of pain’ from leaseholders left to pay tens of thousands of pounds each to fix unsafe homes.

The Government has set aside £5billion but hundreds of thousands of residents living in buildings below 18 metres (60ft) still face huge bills. There is no funding for non-cladding defects, such as missing fire breaks.

Thirty-one Conservative MPs defied the whip to vote for a Lords amendment to the Fire Safety Bill that seeks to protect leaseholders from crippling costs. 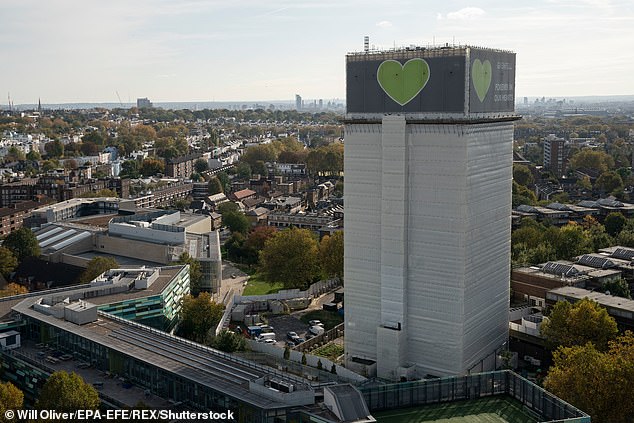 More than 30 Tory MPs rebelled against the Government over the cladding scandal yesterday. Pictured: Grenfell Tower

Leading rebel Stephen McPartland said: ‘It completely astonishes me that people in Government cannot hear the screams of pain of leaseholders.’

He added: ‘The reality is that these buildings are not going to be made safe by transferring the financial and legal liability onto leaseholders to do it. Leaseholders do not have the funds to fix it.

‘We believe that those responsible should pay, nobody else.’

Housing minister Christopher Pincher said the amendment, which was defeated by 320 to 256, majority 64, would delay strengthening safety rules in the wake of the 2017 Grenfell disaster. 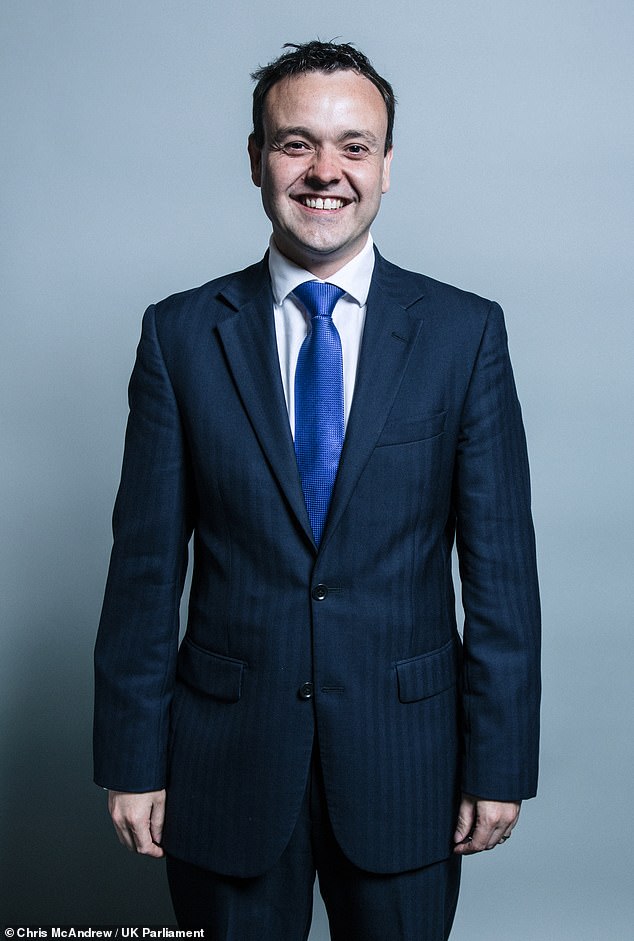 Leading rebel Stephen McPartland (pictured) said: ‘It completely astonishes me that people in Government cannot hear the screams of pain of leaseholders’

A further Commons showdown was then teed up as peers on Tuesday evening approved a new amendment to protect leaseholders, meaning the Bill will return before MPs on Wednesday.

The Bill is currently moving between the two Houses in the parliamentary process known as ping-pong.

Both Houses need to come to an agreement on the wording of the Bill ahead of Thursday, when the current parliamentary session is expected to end, otherwise it will fall.

Sir Iain told the debate: ‘What I’m trying to do is articulate a cry for help for my constituents and others around the country.’

He added: ‘Let us find a way to make sure that those who were responsible now stand up and pay the bill.

‘They’ve made a lot of money in the past legitimately on building homes, those who did not put on the right cladding should automatically be in the frame.

‘Meanwhile, the costs spiral and my constituents will pay that cost.’ 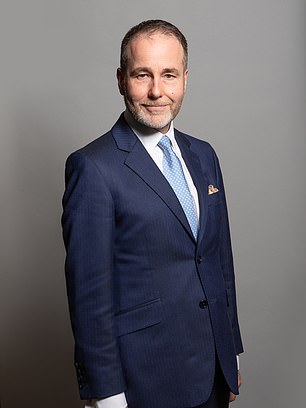 Housing minister Christopher Pincher (pictured) said the amendment, which was defeated by 320 to 256, majority 64, would delay strengthening safety rules in the wake of the 2017 Grenfell disaster

Sir Iain, on why he would support the Lords amendment, warned ministers: ‘If you don’t want this then you better get to the Lords and get us something decent that allows us to give support to our leasehold constituents because that would be doing the right thing.’

Conservative Mr Smith (Southampton Itchen) said: ‘The longer this debate drags on, the more damaging it becomes to the Government and the worse it becomes for innocent leaseholders.’

Conservative former cabinet minister Dr Liam Fox, who was listed as not voting on the Lords amendment, said MPs have ‘a duty’ to provide ‘solutions’ for constituents affected by the matter.

He explained: ‘How do we do it? First of all, on May 11 in the Queen’s Speech in leasehold legislation we need to bring this issue forward and deal with it once and for all – and the Government have the ability to give us that assurance today.

‘Secondly, in the Building Safety legislation that is coming forward, the long title to that Bill needs to be framed in such a way that we can deal with amendments relating to appropriate persons for fire safety audit costs – that is also within the Government’s gift.’

But housing minister Christopher Pincher described the Lords amendment as ‘unworkable’ and ‘inappropriate’, warning they jeopardised the Bill becoming law.

He said: ‘If we do not resolve this Bill this week, fire risk assessments will not cover those critical elements… and they may continue therefore to be ignored by less responsible building owners. 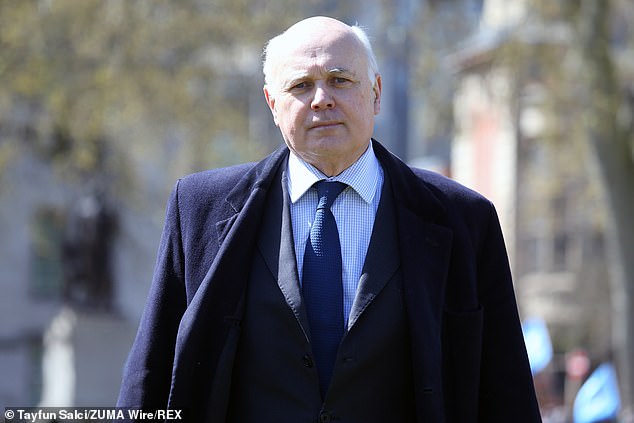 ‘The fire and rescue services will be without the legal certainty that they need to take enforcement action, ultimately that will compromise the safety of many people living in multi-occupied residential buildings.

‘Without the clarification provided by the Fire Safety Bill, it will mean delaying implementation, possibly by a year of a number of measures that will deliver the Grenfell inquiry recommendations.’

Mr Pincher went on to highlight more than £5 billion of support provided by the Government to help on remediation costs.

Grenfell United, the group for bereaved families and survivors, said in a statement following the vote: ‘We are deeply appalled that the majority of MPs have voted for the third time to make innocent leaseholders across the country foot the bill for fixing and mitigating fire safety defects.

‘It’s ludicrous that the Government expects us to believe their flimsy excuses for rejecting the amendment. The Conservatives’ votes show that their claim of being the party supporting first-time homeowners is a cruel joke.’