Miami: The report about vote tampering reached the Florida Department of Law Enforcement in early November: Someone had gained access to electronic accounts without authorisation. 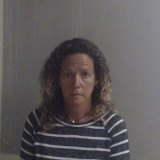 It was a case reminiscent of the 1999 dark comedy film Election.

Department agents arrested Laura Carroll, 50, and her daughter, Emily Grover, 17, on Monday (Tuesday AEDT) and charged them with conspiracy to use Carroll’s school district login to help Grover get elected homecoming queen.

A five-month investigation found that the login for Carroll, an assistant principal at Bellview Elementary School near Pensacola, was used to gain access to the internal accounts of 372 Tate High students since August.

The accounts include personal information such as students’ grades, medical history and disciplinary records.

Students use the same accounts with an application to cast votes for homecoming. 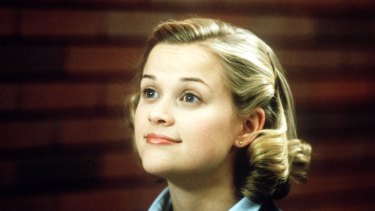 “She looks up all of our group of friends’ grades and makes comments about how she can find our test scores all of the time,” one of the witnesses said, according to the arrest affidavits.

Escambia County School District employees are supposed to change their password to log in to the internal system every 45 days.

One witness told the agents that Grover had said she knew using her mother’s login would result in a “ping” that showed that Carroll had logged on at Tate High. Agents interviewed Carroll in November and knocked on her door last month to talk further, but she referred them to her lawyer, according to her arrest affidavit.

Grover was expelled, according to police records, a decision that the family contested, but the expulsion was upheld. Carroll was suspended from her job, Tim Smith, the superintendent of the Escambia public schools, said in an email. He declined to comment further.

Carroll was taken into custody Monday and released on $US8500 bail. Grover was sent to juvenile detention for an evaluation, according to the Department of Law Enforcement.

“She’d love to give out her side of the story, but it would probably be after we resolve the case,” the lawyer, Randall J. Etheridge, said.

The school district’s elections contractor contacted school administrators in October after flagging more than 100 votes that were cast in a short period of time, all from the same unique IP address. The student council coordinator also heard reports that Grover had boasted about using her mother’s login to get into students’ accounts during the election, according to witness statements.

Investigators later determined through IP addresses that 124 votes had been cast from Carroll’s phone, and 122 from Carroll’s and Grover’s residence.