‘My beautiful little boy fought right to the end – I’m so proud to be his mum’: Mother of tragic 12-year-old Archie Battersbee pays tribute as his life support is switched off

It was the devastating end to the most heart-breaking of public legal battles. At 12.15pm yesterday, Archie Battersbee passed away in hospital, surrounded by his family, after doctors finally withdrew his life support.

Appearing outside the Royal London Hospital in Whitechapel, East London, yesterday afternoon, where the 12-year-old has been in intensive care since April, his mother Hollie Dance – visibly distressed – paid an emotional tribute to her ‘beautiful little boy’ who ‘fought right to the end’.

Announcing her son’s death, she said: ‘I’m the proudest mum in the world. He was such a beautiful little boy and he fought right until the very end, and I am so proud to be his mum.’

The story of Archie, an aspiring Olympic gymnast, and of the family who fought so hard for his life, has captured the hearts of the nation. 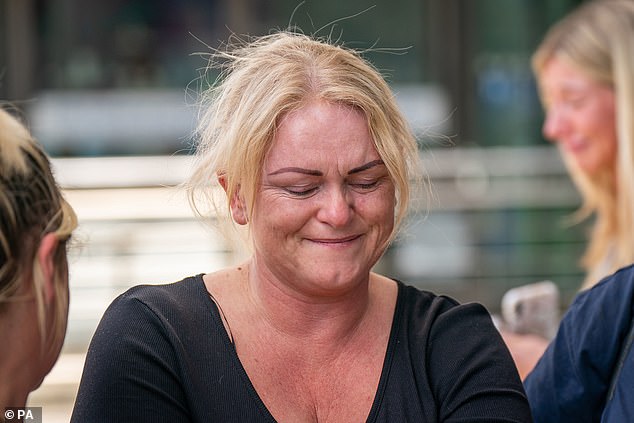 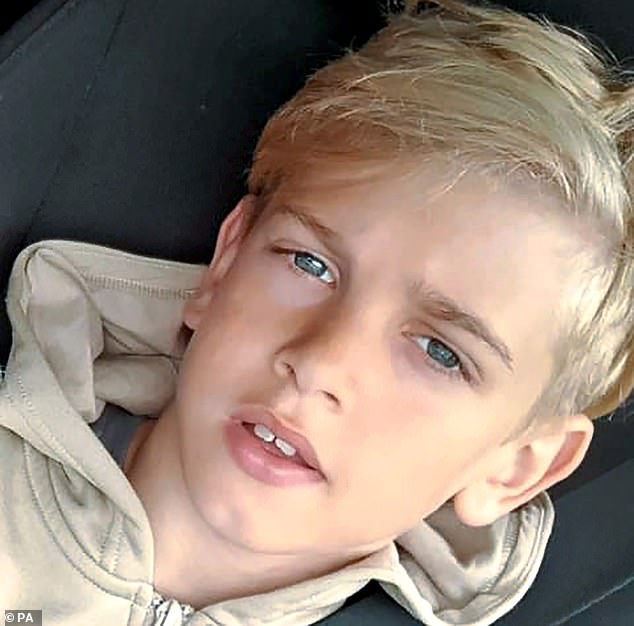 The youngster was found unconscious in his bedroom in April, following what his parents believe was a social media game gone tragically wrong

The fit and active little boy was found unconscious in his bedroom in Southend, Essex, four months ago following what Ms Dance, 46, and Archie’s father, her former husband Paul Battersbee, 56, believe was a social media game gone tragically wrong.

Starved of oxygen, he was left with a catastrophic brain injury. Since that day, they have remained by his side, unwilling to give up hope that he might recover.

Even when doctors told them that Archie was overwhelmingly likely to be brain-dead, and recommended withdrawing his care, they continued to fight to give him a chance of survival.

Their stoicism has been nothing short of remarkable. Ms Dance has described how she believed her son had held her hand, that his facial expressions changed, and that she knew, instinctively, that ‘my son is in there’.

She has talked to her little boy, read to him and played him his favourite music. She has slept by his side, waking to check his machines every 40 minutes.

They battled against Barts Health NHS Trust, which runs the hospital, and took their fight to the High Court, the Court of Appeal, and the European Court of Human Rights in a bid to give him extra time on life support. 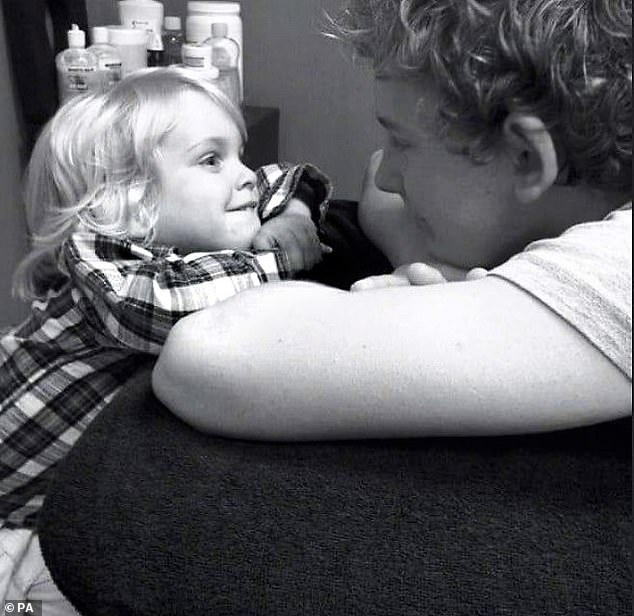 They have been publicly critical of the trust, claiming there has been ‘no support’, and that a letter handed to them described plans which amounted to a ‘choreographed execution’ of Archie.

Just last week, they fought to have him transferred to a hospice to live out his final moments in a more private setting. But that bid failed on Friday night.

Mrs Justice Theis said in her ruling that the family’s ‘unconditional love and dedication to Archie is a golden thread that runs through this case.

‘I hope now Archie can be afforded the opportunity for him to die in peaceful circumstances, with the family who meant so much to him as he clearly does to them.’

In an interview shortly afterwards, Ms Dance said: ‘It’s been really hard. Despite the hard strong face and appearance in front of the cameras up until now, I’ve been pretty broken.’ 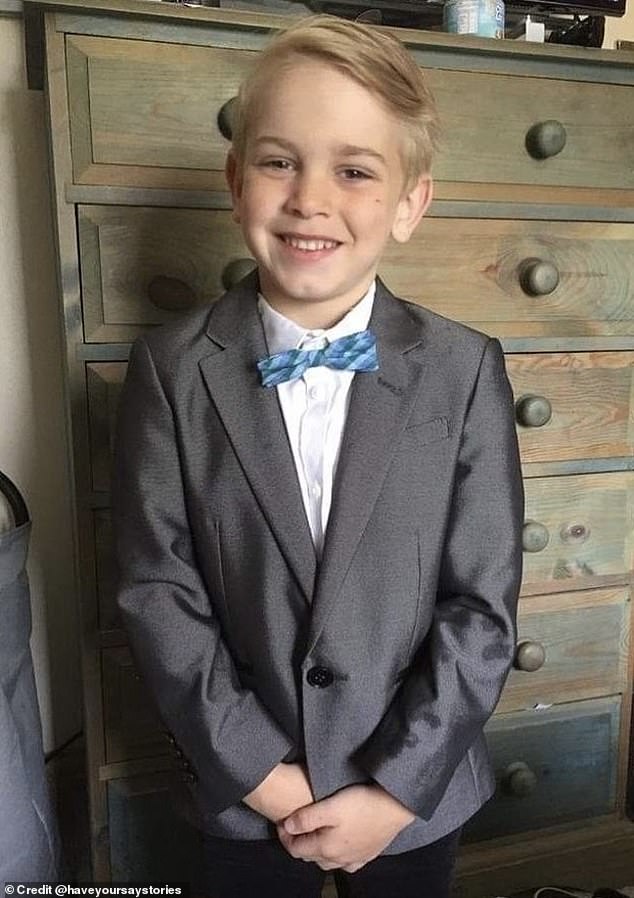 This photograph of Archie, aged 10, was released by the family as they paid their tributes

Asked if there was anything more she could do, she added: ‘No. I’ve done everything that I promised my little boy I’d do. I’ve done it.’

On Saturday morning, well-wishers began leaving floral tributes and lighting candles at the entrance to the hospital.

Candles flickered in the shape of the letter ‘A’ and also formed a love heart around a card with Archie’s name.

Family friends and supporters of the family’s campaign also gathered in solidarity. A spokesman for the family said the atmosphere inside the ward, as Archie’s last moments approached, had been ‘highly charged’.

At 10am, the court order preventing the hospital from withdrawing Archie’s life support expired.

Doctors stopped the medical treatment he was receiving and, two hours later, his ventilation was removed. He died shortly afterwards.

Andrea Williams, chief executive of the Christian Legal Centre, who have been supporting the family’s case, said: ‘We will continue to support the family as we have done throughout. It has been a privilege to stand alongside them.

‘The events of the last few weeks raise many significant issues, including questions of how death is defined, how those decisions are made and the place of the family.

‘We need to see an urgent review and reform of the system.’

Baroness Finlay, a palliative medicine professor and former president of the Royal Society of Medicine, has called for an independent inquiry into how such brain injury cases are handled. 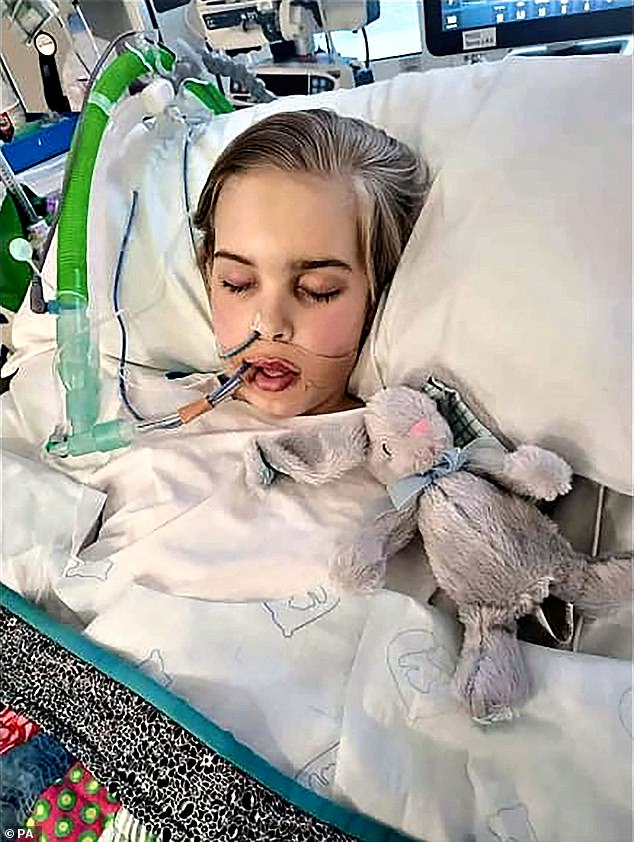 The cross-bench peer has supported the introduction of ‘Charlie’s Law’, a campaign by the parents of baby Charlie Gard to bring in new rules to allow parents to have more say in how their children are treated.

Charlie died in 2017 after a protracted legal battle between his doctors at Great Ormond Street Hospital and his parents, Connie Yates and Chris Gard.

Their proposal could allow parents to ask for mediation and independent experts if they disagree with what doctors decide.

Baroness Finlay said: ‘My worry is these cases are going to court too quickly and too early, and that we need an alternative way of managing communication between doctors and parents.’

When lawyers are involved, she added, that communication gets harder. There is no specific timetable for these proposed changes.

But Archie’s case will bring a renewed urgency to the need for change.

Perhaps, despite losing the little boy they so desperately loved, the family’s battle will not have been entirely in vain.