Two muggers who used drug-laced cigarettes to knock out wealthy victims and steal £52,000 Patek Phillipe watch and two £38,000 Rolexes are jailed for nearly seven years each

Two robbers who used drug-laced cigarettes to knock out their wealthy victims before swiping valuable watches have been jailed.

Tom Allen and Seyamack Ghlae, both 32, snatched a £52,000 Patek Phillipe Aquanaut and two luxury Rolexes worth a total of £38,000 in their month-long crime spree across London.

The drugs used were so potent it left one victim needing stem cell therapy treatment in Canada to recover from the after-effects, Southwark Crown Court heard.

The man, Aiden Lee was left ‘mentally shaken up’ after being robbed by Allen and Ghlae on October 9, 2021. 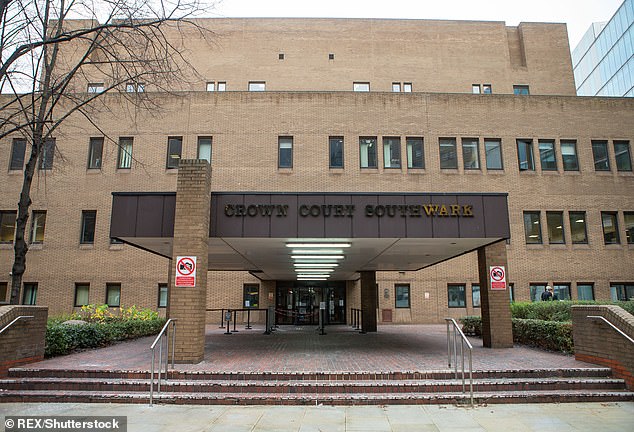 The pair were jailed following a sentencing hearing at Southwark Crown Court, pictured

They targeted him while he was in Grafton Street, in London’s swanky Mayfair district, offering him a roll-up cigarette spiked with drugs.

‘Mr Lee then started complaining about not feeling well and collapsed on the floor.

‘He was surrounded by a group of men which included both defendants.’

A friend of the victim asked Allen to call police. But the robber brushed off the plea and said: ‘Come on man you’re fine it’s only a Californian.’

Mr Lee later noticed his Patek Phillipe Aquenat watch worth £52,000 was missing from his wrist.

‘Mr Lee has no recollection of the incident,’ the prosecutor added.

In a victim impact statement Mr Lee said: ‘The fact that I became the victim of such a crime in London left me mentally shaken up as a thought it was a safe city.

‘The way I see London has completely changed and I am considering relocating to another city next year.’

Mr Lee said he had to take a three week holiday in the Dominican Republic to recover and needed to have stem cell therapy in Canada as he was suffering from lethargy.

‘I had stem cell therapy in Canada as I was feeling constant lethargy.’

Earlier, the pair of crooks had robbed James Morphew after he attended a music festival in east London and was trying to find a taxi on September 5 last year. 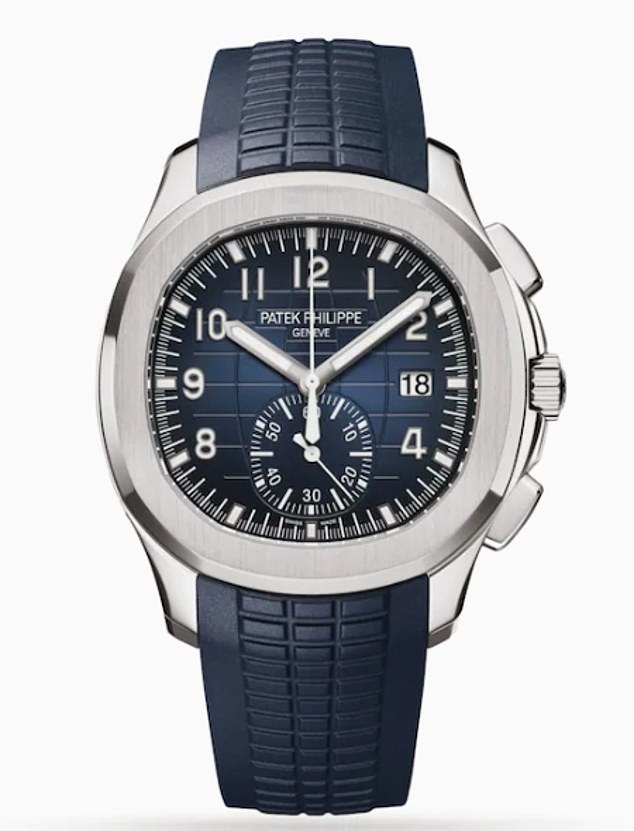 As well as snatching two Rolex watches worth a total of £38,000, the robbers also stole a  a £52,000 Patek Phillipe Aquanaut. Pictured is an example of the Patek Phillipe

‘It is clear that Mr Allen is acting as a look out so that the robbery could take place.’

Mr Morphew was held in a choke position and pulled to the ground. His Rolex watch worth £31,000, bought from Harrods, was then wrenched from his wrist by the muggers, who were accompanied by a third unknown man.

‘Once the watch was taken, Allen ran up to them, and all three men ran in the direction of the main road.’

Mr Morphew said in his police statement to the police: ‘I was suddenly grabbed in a choke hold and yanked backwards so that I fell to the floor.

‘I felt myself blacking out in seconds.

‘I woke up and found that my watch was missing.

‘The incident has left me less trusting than I was before.’

Liam Springer was robbed on Jermyn Street, St James’s, on September 19, after the defendants asked him if he wanted to go to a party.

‘They offered him a rolled-up cigarette,’ said Ms McGarr.

‘He recalls that he suddenly becoming unsteady on his feet.

‘Within a few moments Mr Springer had passed out on the floor.’

He was later woken up by his friend, the court heard.

‘It was only when Mr Springer woke up the next morning did he notice that his Rolex watch (worth £7,300) was missing from his wrist.’

The judge, Mr Recorder Nigel Sangster jailed Allen and Ghlae for six years and 11 months each and said: ‘It is clear that you are both professional watch thieves willing to use violence and dangerous tactics.

‘I accept that you both feel remorse and shame.

‘I accept that you have both been using your time on remand in prison to try and improve yourselves.’

Allen, or Richmond-upon-Thames, and Ghlae, of Ealing, admitted one count of robbery and two of unlawfully administering a stupefying or overpowering drug with an offence, namely robbery.