A MYSTERY lingerie-clad woman has stunned tube workers by providing them with a saucy striptease.

The woman oozed risqué as she unfastened her trench coat to reveal her lingerie at the CCTV cameras before strutting off. 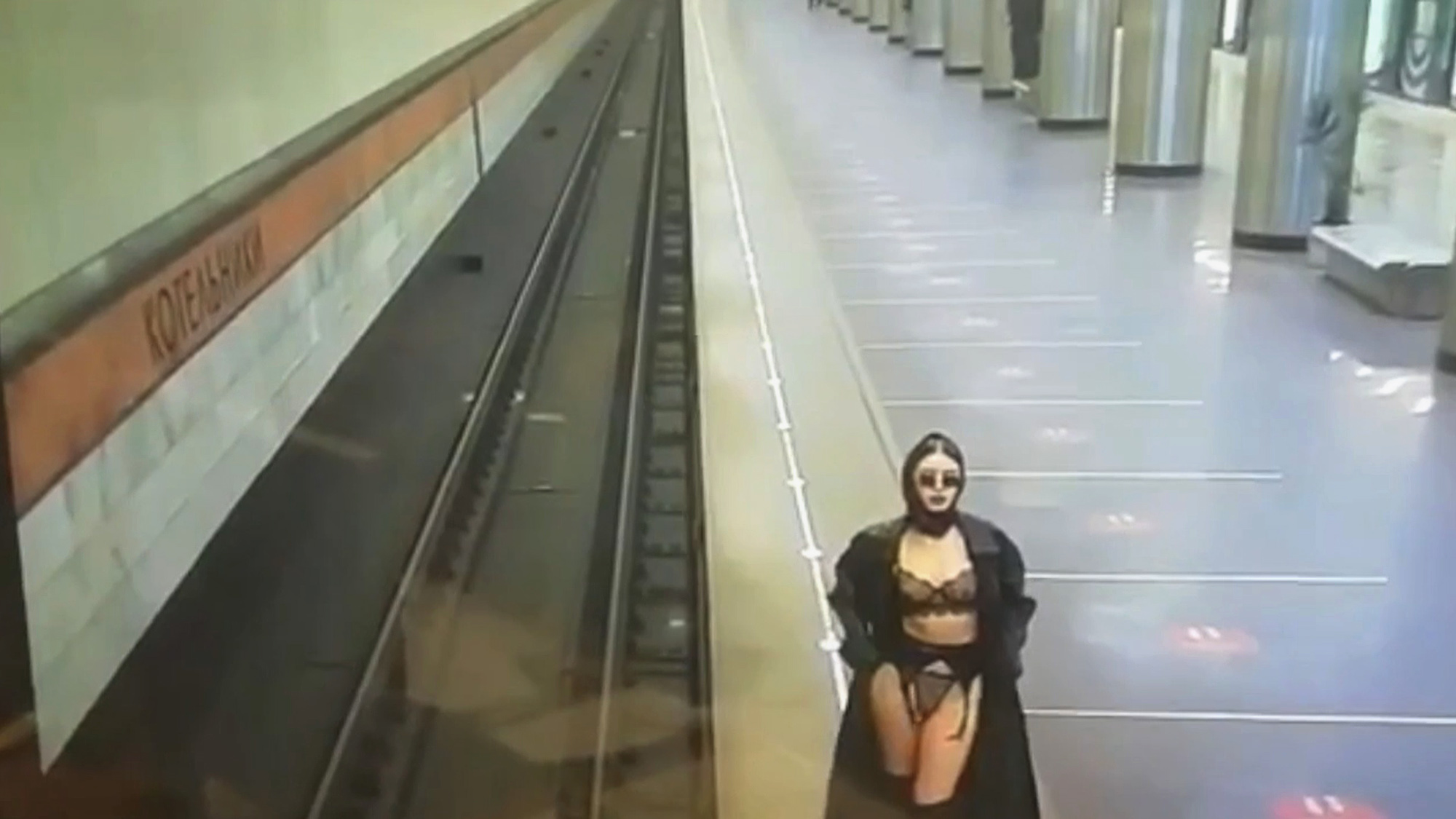 Footage of the bizarre incident has since been released and widely circulated on social media in Russia.

In it, the woman struts along the Kotelniki metro station platform sporting a headscarf and glasses that mask her identity.

Despite a fellow passenger standing not too far away the mysterious lady stops in view of the camera and begins to unfasten her long dark coat.

She coolly looks to the side before opening her trench coat to reveal the black three-piece lingerie set and thigh-high boots she's sporting underneath. 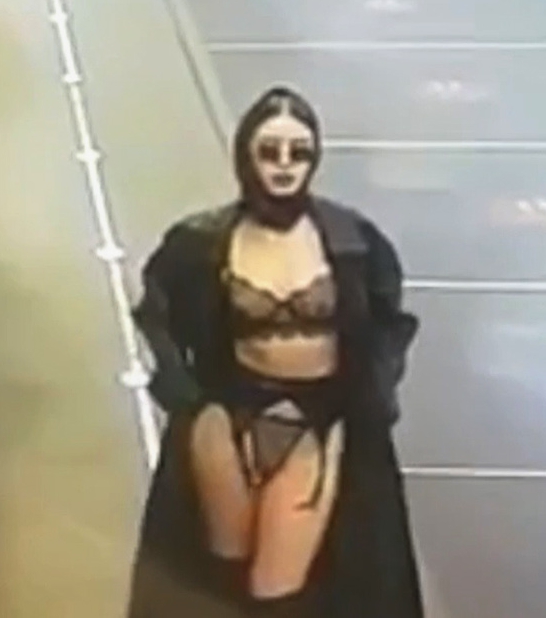 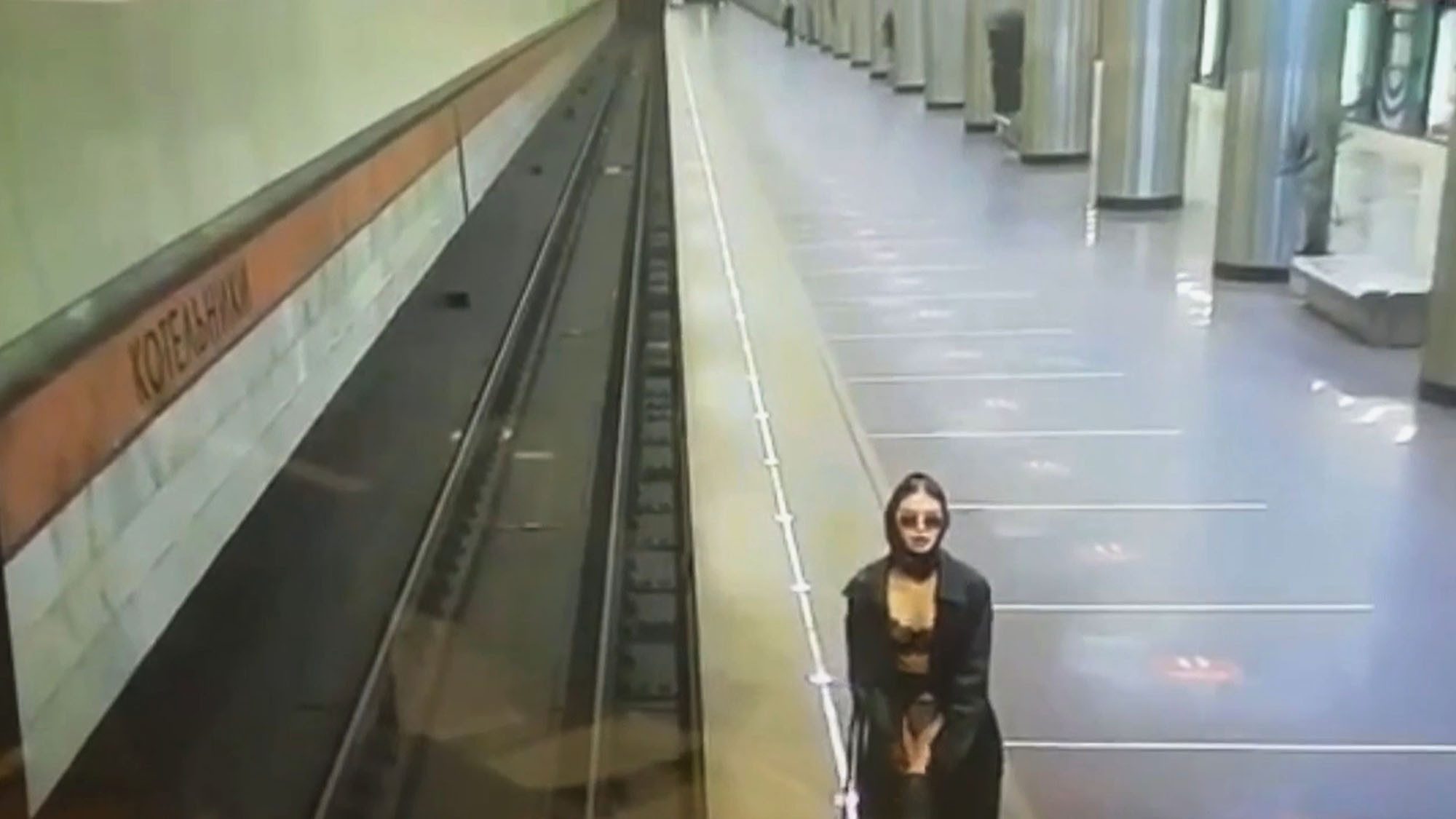 After the mystery commuter flashes her fetching lingerie at the camera she struts away as though nothing had occurred.

Reasons behind what prompted the woman to perform the striptease remain unknown.

And since the video has emerged on social media, viewers have put it down to the excitement the season of spring brings. 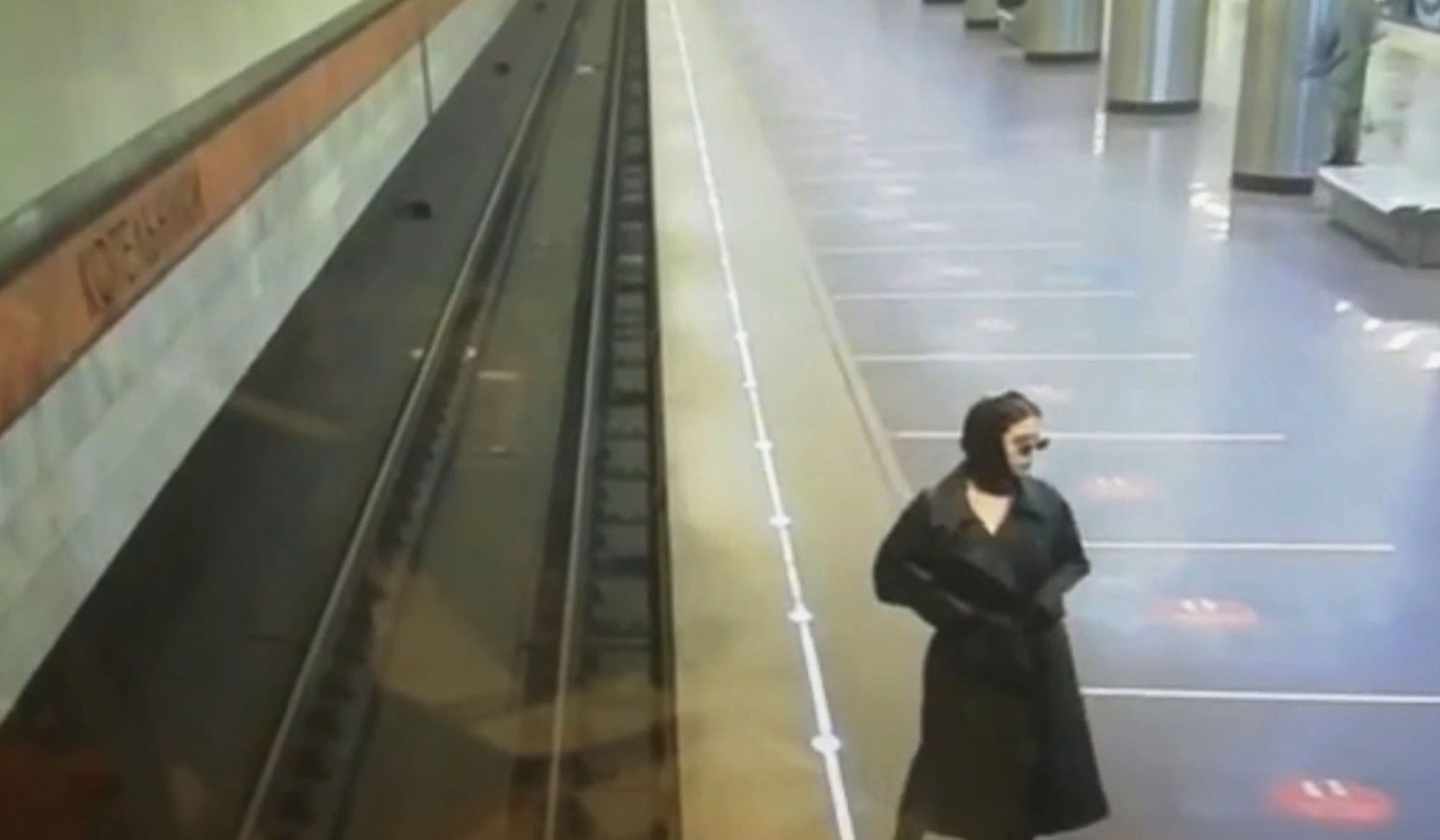 It comes after a breath-taking model removed her top during live TV before teasing the cameraman.

The gorgeous Claudia Schmidt, 38, stunned viewers when she stripped down to her bra while broadcasting live in Chile.

After pulling her white shirt off she was seen pouting sensually at the camera in a flesh-coloured bra.

Cheekily, the camera then zooms in on Claudia’s bust for a sexy close up of the model.