Home » World News » Never has a PM been so friendless. Knives are out for Boris after Shropshire – he has 6 months to save his job

“INFAMY, infamy, they’ve all got it in for me!” Never has the old Carry On Cleo joke rung so true for Boris Johnson. 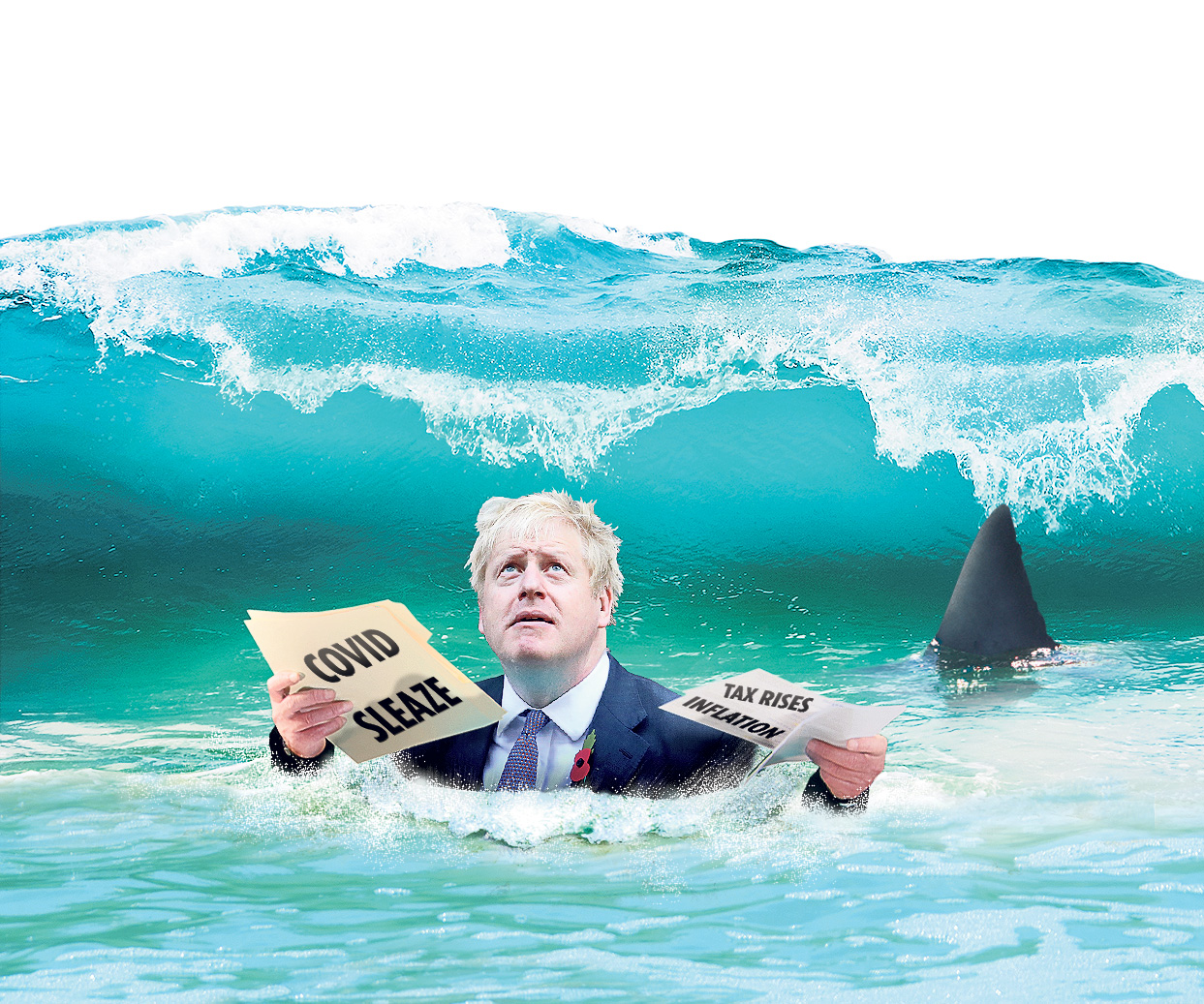 Never has a Prime Minister been so friendless.

Yesterday’s 4am bombshell in Tory North Shropshire was not just a ­landslide or even an earthquake.

It was a seabed convulsion which will send a tsunami crashing on to Tory shores in the weeks to come.

Unless Boris acts swiftly, decisively — and totally out of character — it will sweep him away.

Not this year, maybe. None of those elbowing their way to the front wants his job while there are so many roadside bombs on the way to the next General Election — many planted by Boris himself.

They especially don’t want to carry the can for the inevitable meltdown in next May’s local elections.

So Boris has five or six months to prove he really is the Slippery Pig who can escape any trap and end up smelling of roses.

On the face of it, there seems no way out. BoJo is surrounded on all sides by the Four Horsemen of the Omnishambles:

There are plenty of dagger-wielding assassins among this motley gang of ­malcontents.

Most blatant is uber-ambitious Liz Truss, promoted by Boris as Foreign ­Secretary and using her role to grandstand as his replacement.

She has cast herself alongside the party’s greatest heroines, first as Iron Lady Margaret Thatcher astride an Army tank and now on her Christmas card as the nearest thing to Queen Elizabeth III.

Her chief rival is Chancellor Rishi Sunak, whose star as the Chosen One faded slightly after hiking National ­Insurance contributions and disappearing to California mid-Covid.

Health supremo Sajid Javid would throw his hat in, if only for the consolation prize of returning to the Treasury.

Even ocean-going hypocrite Matt ­Hancock thinks he’s in with a chance despite the “once-seen, never-forgotten” video of his bum-grabbing mid-lockdown clinch with aide Gina Coladangelo.

Jeremy Hunt will run — yet another ex-Health Secretary whose admitted ­failure to plan ahead left the NHS exposed to precisely the pandemic now threatening to sweep Boris away.

They will be joined by a variety of little-knowns and unknowns, including ­Spartans leader Steve Baker who thinks he should have the job.

It is perhaps this seething cauldron of motives and manoeuvring that offers Boris the faintest of faint hopes.

The Tories cannot risk a Remainer as leader of a government deep in the trenches of ongoing diplomatic war with Brussels. It would split the party asunder and risk handing victory to Keir Starmer.

Sympathy for Boris is hard to find — even among his few remaining staunch supporters.

“People know what they are doing when they vote in by-elections,” says one who knows him well.

“They are sending a very direct message to the Government and its leader.

"This is about loss of trust. Once you have lost trust it is a hell of a job to get it back.”

Trust has been shattered by tax rises from a PM who promised tax CUTS.

It has been undermined by a stream of denials followed by grovelling apologies — from Wallpapergate to the Owen Paterson fiasco which led to this by-election ­disaster.

In more than half a century covering politics, I have never seen trust drain away so fast or so completely from any PM.

Boris himself may be incapable of ­acting as necessary to salvage his ­premiership.
But he knows a man who can.

Rishi Sunak is an avowed Thatcherite and a fan of her brilliant Chancellor Nigel Lawson, who revolutionised the economy in the 1980s with a series of reforming Budgets.

Rishi needs to put our money where his mouth is, deliver an unscheduled March Budget, cut taxes and protect ­voters against the looming tidal wave of penal cost-of-living rises.

That would mean taking on the ­Treasury “blob” whose dead hand has stifled ­economic flexibility. That’s a big ask.

But as one surviving BoJo ally pointed out: “Rishi’s best chance of becoming Prime Minister is to make a success of this administration.”

Who’s got it in for the Prime Minister?

BITTER Brexit-bashers who still loathe the PM for his war on Remain.

POLITICAL big beasts left out in the cold, sniping from the sidelines.

ONCE Boris fans but now afraid he’s a liability to their fragile majorities in northern seats.