New Zealand’s Prime Minister Jacinda Ardern today insisted she doesn’t ‘have any intent of instigating’ the process of her country becoming a republic.

The premier reiterated her belief that New Zealand would ditch the monarchy ‘over the course of my lifetime’ but suggested she would not front a push to do so.

Ms Ardern is in London this weekend ahead of the Queen’s funeral on Monday. On Friday she attended Her Majesty’s lying-in-state at Westminster Hall.

She hailed the response of the British public to the Queen’s death, describing it as ‘the most fitting tribute’.

In line with strict Foreign Office guidance, many world leaders attending the Queen’s funeral are expected to share a shuttle bus to the Westminster Abbey service tomorrow.

But while some capitals are claimed to have made pleas to exempt their leaders from having to arrive en masse – rather than in private cars – Ms Ardern said she didn’t think the request warranted ‘too much fuss’ and made ‘good sense’. 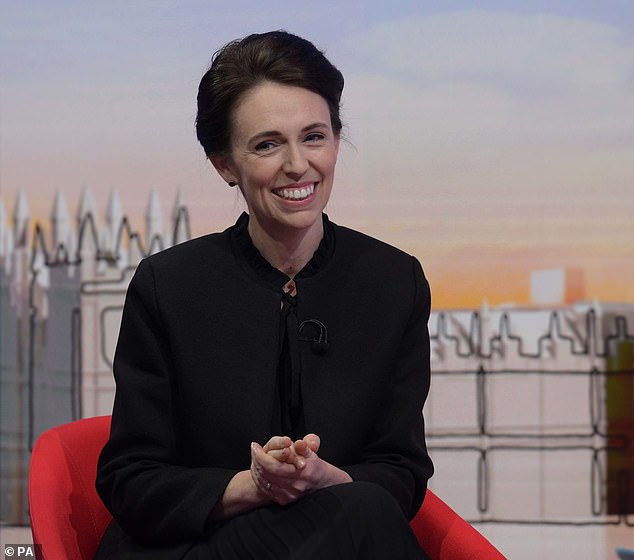 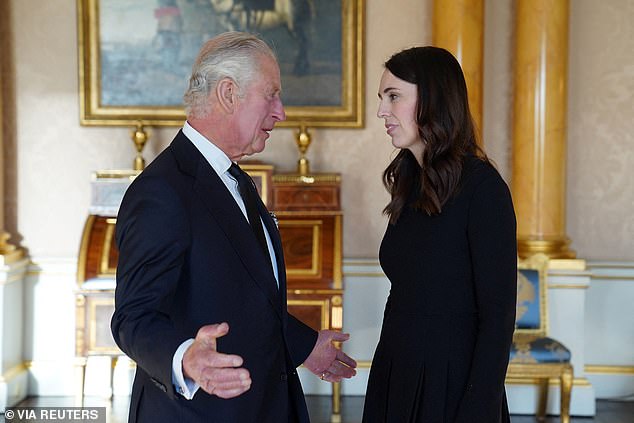 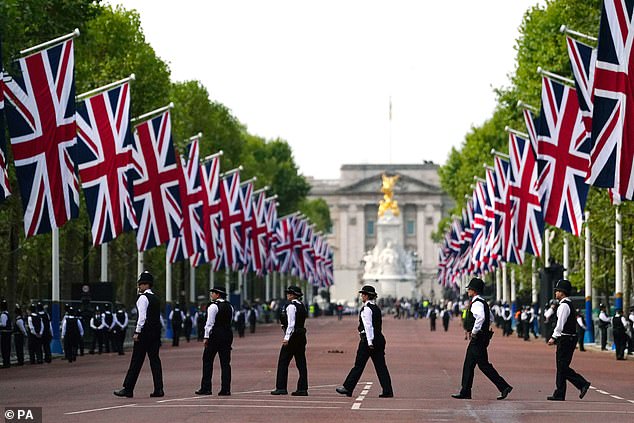 Although Ms Ardern insisted the transition from Queen to King would not be ‘jarring’ for her country, she predicted there would ‘continue to be an evolution’ in New Zealand’s relationship with the monarchy.

She told the BBC’s Sunday With Laura Kuenssberg show: ‘I think even the Queen herself has observed and acknowledged the evolution over time in our relationships.

‘My observation is that there will continue to be an evolution in our relationship. I don’t believe it will be quick or soon, but over the course of my lifetime.’

Pressed on how and when this might happen, New Zealand’s PM said: ‘We have complex arrangements, the Treaty of Waitangi – a very important founding document for Aotearoa, New Zealand, signed between Maori and the Crown.

‘This is why it’s not a process I have any intent of instigating, but if and when it does occur, it will take time, and it will need to be very carefully worked through.’

Ms Ardern’s insistence that she would not lead a push for New Zealand to become a republic following the Queen’s death contrasts with other Commonwealth countries.

Antigua and Barbuda’s Prime Minister Gaston Browne has declared his intention to hold a referendum on whether to become a republic and remove King Charles as monarch within three years.

Prominent anti-monarchists in Australia, including Greens party leader Adam Bandt, also called for a move towards republicanism within hours of the Queens’ death

Commenting on the transition between Queen Elizabth II and King Charles III, Ms Ardern described how the new monarch was ‘well known’ in New Zealand and ‘shares many passions and interests that New Zealanders do’.

She added: ‘I think that means that that relationship already exists. It’s a transition, but it’s not a jarring transition for New Zealand.’

New Zealand’s PM also reflected on her experience of attending the Queen’s lying-in-state at Westminster Hall on Friday.

‘The sheer silence of that space is, I think, one of the things that makes it so moving,’ she said.

‘But, alongside that, observing as you do that you’re standing there alongside members of the public who have queued and waited as much as twenty plus hours to be there, to share that same moment you’re having.

‘Amongst everything else, I think the thing I will take away from this period is just the beauty of the public’s response.

‘The kindness that you see from members of the public, the patience, the camaraderie.

‘That has been, for me, the most moving tribute of all has been the public response of the British people.’

Describing how ,much of London has come to a halt following the Queen’s death, Ms Ardern added: ‘To see it just stand still, but do so so poetically, is a very moving thing to witness.

‘But it’s also the most fitting tribute I can think of. The Queen was here for her people, and now her people are there for her.’