PICTURED: Alaska mother, 24, and her one-year-old son mauled to death by polar bear near the entrance of elementary school in remote village

A mother and her one-year-old son killed by a polar bear in a remote whaling village in Alaska have been identified.

Summer Myomick, 24, and her baby boy Clyde Ongtowasruk were leaving a school in the coastal community of Wales on Tuesday when they were attacked.

The bear, which had already chased after several residents, was shot and killed while it was mauling the mother and son.

Myomick was also mother to a three-year-old girl, Avatia, who has been left in the care of her father Clyde Sr.

Wales is a remote community on the westernmost tip of North America and about 50 miles from Russia. The mother and her son were the first people to have been killed by a polar bear in Alaska since 1990. 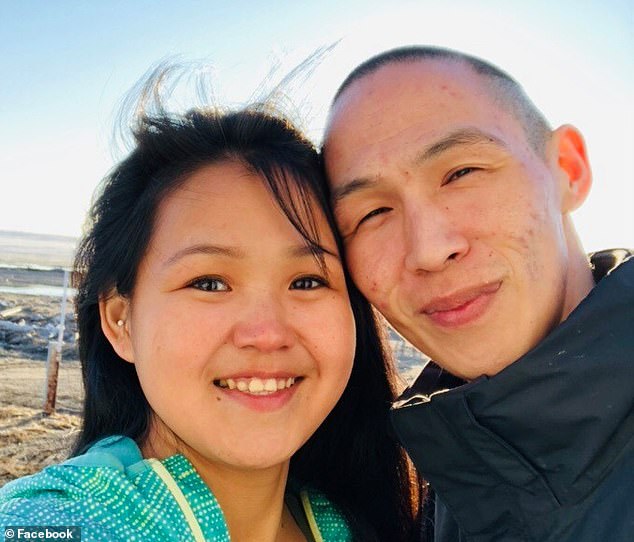 Summer Myomick (left), 24, and her one-year-old son were fatally mauled by a polar bear in a remote village in Alaska. She is pictured here with the baby’s father Clyde Sr. (right) 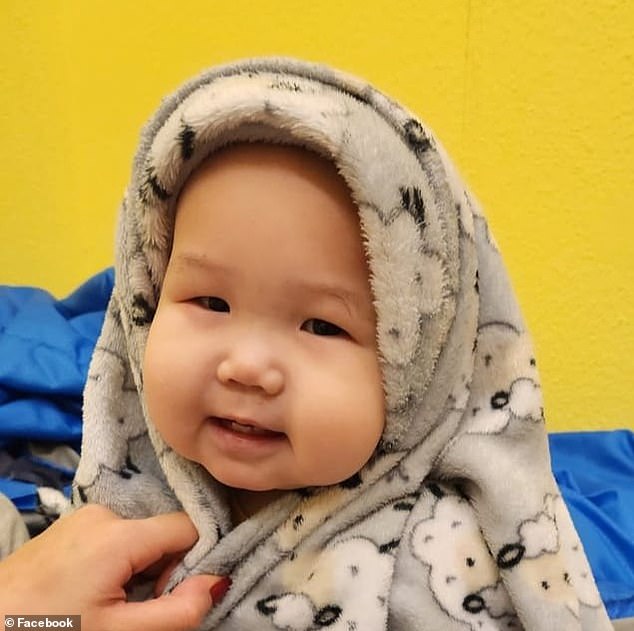 The attack occurred when Myomick and Ongtowasruk were leaving Kingikmiut School at around 2.30pm on January 17, according to Alaska State Troopers.

The incident took place just next to the entrance of the school, which the bear had reportedly tried to enter. An official for the Bering Strait School District, Susan R. Nedza, told Anchorage Daily news that when the polar bear was spotted students and teachers were rushed inside.

‘The bear tried to enter with them,’ Nedza said, but the school’s principal Dawn Hendrickson ‘slammed the door’ to keep it out. ‘It’s terrifying,’ she added. ‘Not something you’re ever prepared for.’

Teachers in the school drew shades over its windows before notifying the community that the bear would need to be dealt with. It was then killed but as of January 18 authorities had not identified who fired the shots.

Wales is host to a predominantly Inupiaq community of around 150 people, who organize patrols between July and early November when the bears are expected.

The school is just a few hundred meters from the shoreline of the Bering Strait, which generally freezes over during the winter. When this happens it is normal for polar bears to head out onto the ice to hunt seals and walruses. This week’s attack was therefore unexpected for the time of year. 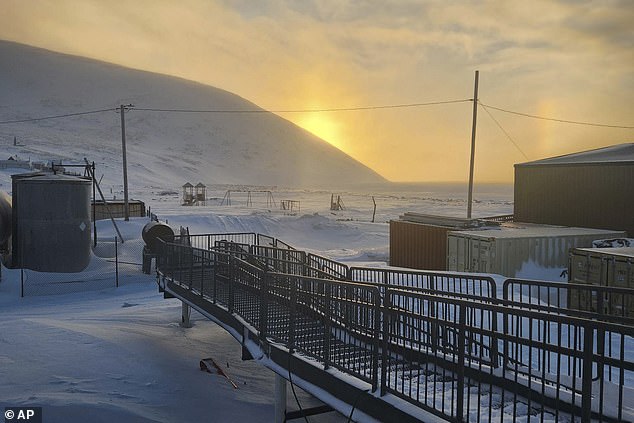 The attack happened when Myomick and Ongtowasruk were leaving Kingikmiut School at around 2.30pm on January 17, according to Alaska State Troopers. The walkway into the school was pictured two days before the attack 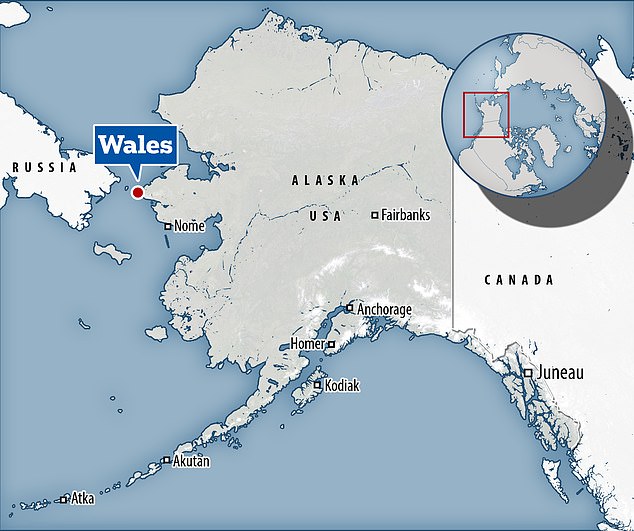 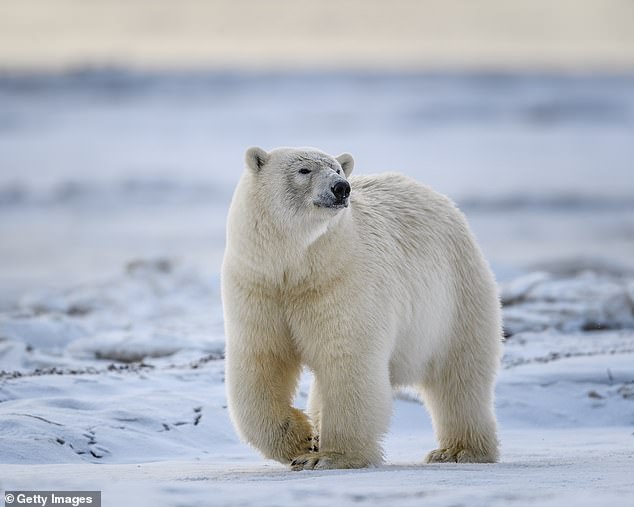 During the winter the Bering Strait freezes over and polar bears are expected to head out onto the ice, where they can hunt seals and walruses. This attack was therefore unexpected for the time of year 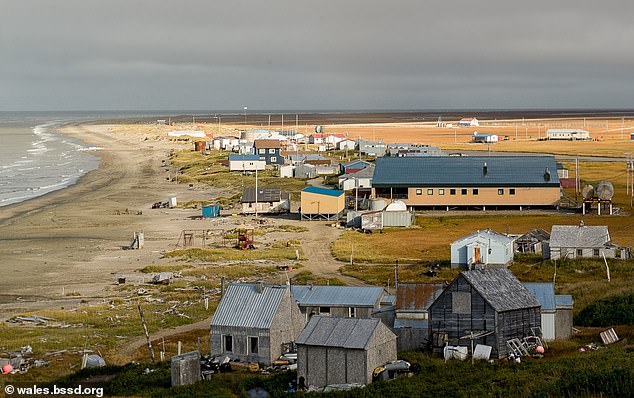 Kingikmiut School is just a few hundred meters from the shoreline of the Bering Strait, which freezes of in the winter months. The school is pictured here in the summer

‘She was a very sweet lady. She was very responsible,’ Washington said.

Classes at the school were canceled on Wednesday and counsellors were made available to students. It will remain open only in a limited capacity for the rest of the week.

Once the Troopers and Alaska Department of Fish and Game were made aware of the attack they attempted to travel to Wales but were unable to do so due to poor conditions and a lack of runway lights at the airfield just north of the village, they said.

Winds of up to 50 miles per hour meant visibility was nearly zero but later in the day a state trooper arrived to begin an investigation, but would not comment until the bears remains had been examined.

The bodies of Myomick and Ongtowasruk were transported to the State Medical Examiner’s Office for an autopsy, troopers said. 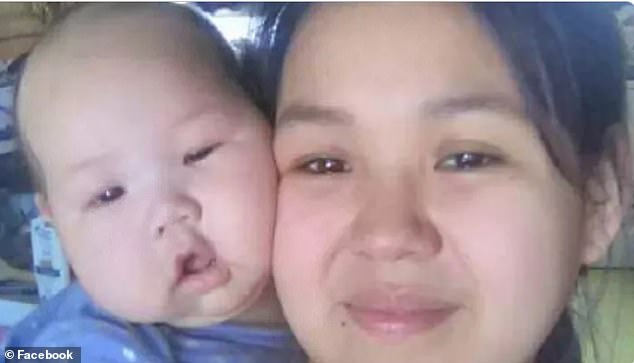 The bodies of Myomick (right) and Ongtowasruk (left) were transported to the State Medical Examiner’s Office for an autopsy, troopers said 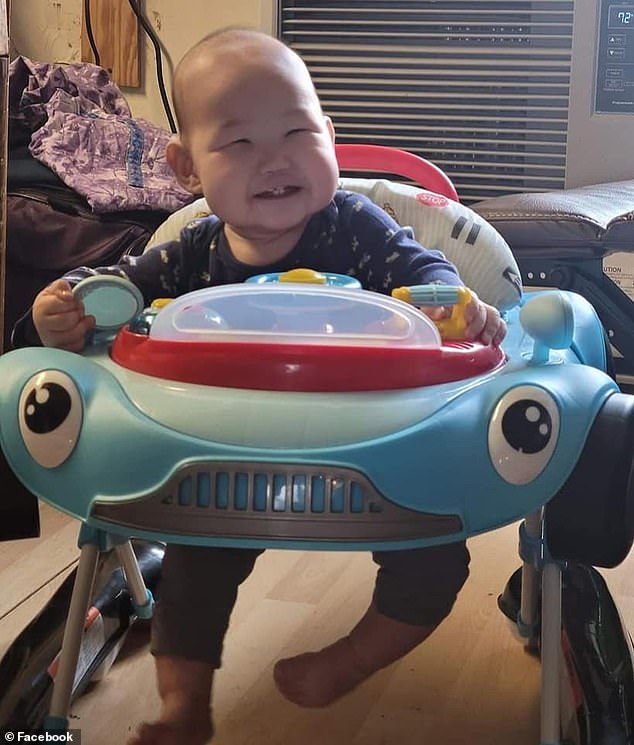 Ongtowasruk (pictured) and his mother Myomick split her time between the larger town of St. Michael and Wales

When the last fatal attack in Alaska occurred in 1990, a starving polar bear killed a man in a village of Point Lay on the North Slope, several hundred miles north of Wales.

Three years later a polar bear entered the window of a US Air Force radar station, also on the North Slope, seriously injuring a 55-year-old mechanic, who survived.

‘In this case, the bear had chased multiple people, which indicates it’s a bear that’s desperate,’ York said.

‘Polar bears should be out on ice successfully finding natural prey – seals, small walrus and other animals in that region – so what this particular bear was doing onshore remains to be seen,’ he said.

‘This was the time of year that I think if I lived in Wales, my guard would be down,’ he added. ‘As things are changing, we might have to change our attitudes.’