Piers Morgan has posted risque photographs of his wife Celia Walden in response to Twitter trolls who claim he only criticises Meghan Markle because she has ghosted him.

The images feature Ms Walden, 47, in a series of suggestive and provocative poses.

He does admit that he ‘forgot’ to publicly wish her a ‘happy birthday’. 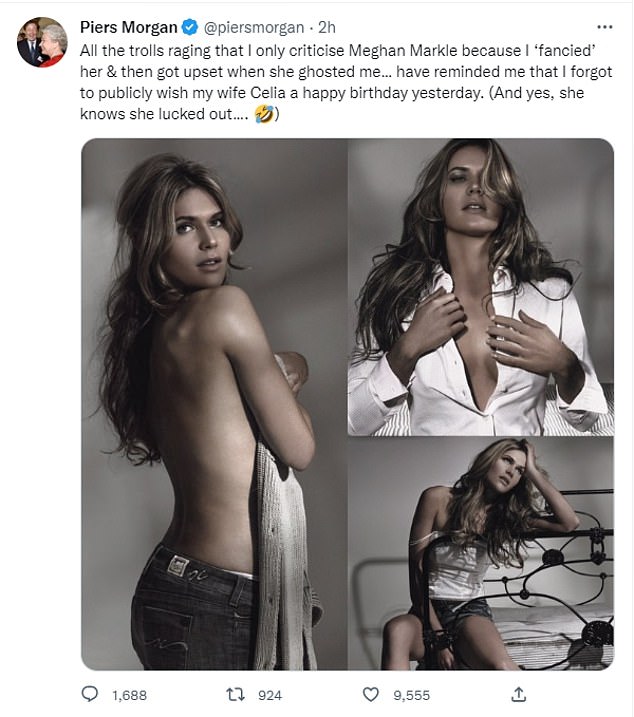 In his post, he wrote: ‘All the trolls raging that I only criticise Meghan Markle because I “fancied” her and then got upset when she ghosted me… have reminded me that I forgot to publicly wish my wife Celia a happy birthday yesterday. (And yes, she knows she lucked out…)’

In March 2021, Morgan walked out of his Good Morning Britain show and was later sacked when he claimed he did not believe what the Duchess of Sussex had said about her mental health in an explosive interview with Oprah Winfrey. 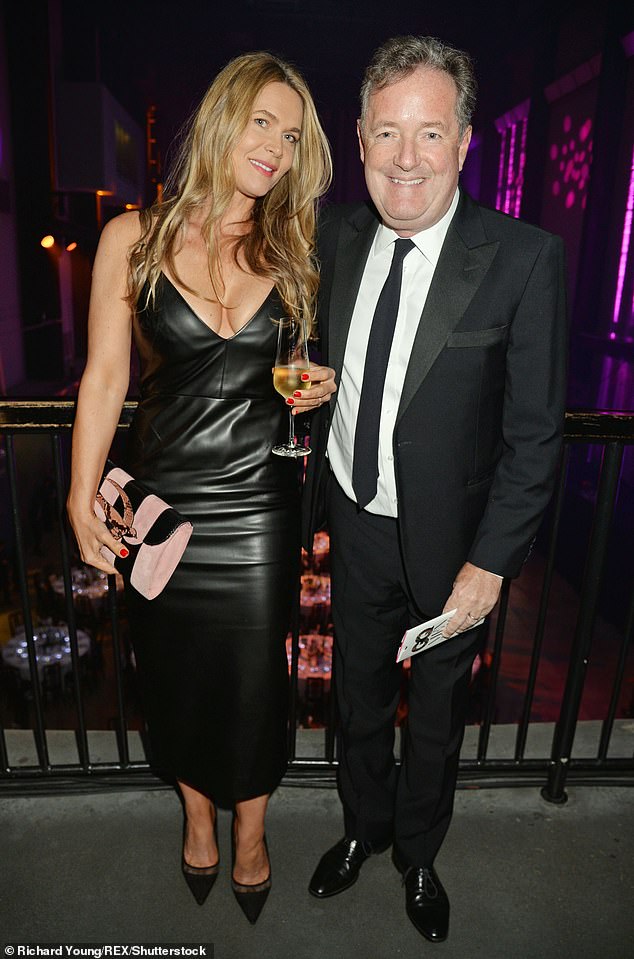 Piers Morgan, right, pictured with Celia Walden at the GQ Men of the Year Awards, 2021, has been a long-term critic of the Duchess of Sussex and her husband

He has regularly criticised both Meghan and Harry, with his latest attacks concentrating on the pair’s Netflix documentary series.

Followed by: ‘This is worse than Keeping Up With The Kardashians. Something I didn’t think was humanly possible.’

Later, Morgan interviewed former Royal butler Paul Burrell who said Harry and Meghan should be ‘stripped of their royal titles’ because of the documentary series.

MPs in Westminster have already begun the formal process of removing the titles in response to the documentary, whose final trailer has gone live promising further explosive revelations.