British Transport Police are searching for a person who exposed their genitals to two teenagers at a railway station.

Police officers have released CCTV images and are investigating the incident which took place at Theale station, Berkshire.

The grainy images shows a person, who police believe may be able to help their investigation, with purple hair (possibly a wig), black sunglasses, a blue jumper, a skirt and backpack. 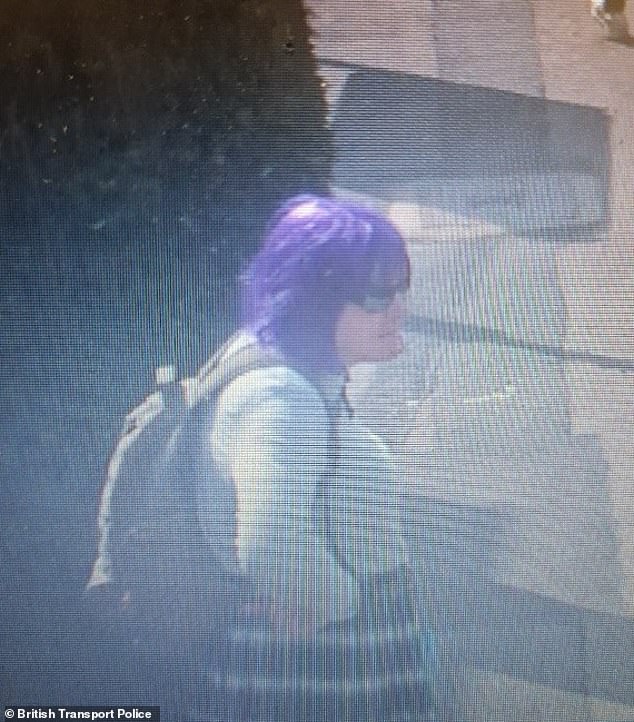 Officers investigating an incident in which a person exposed their genitals to two teenagers at Theale station, Berkshire, are releasing CCTV images in connection 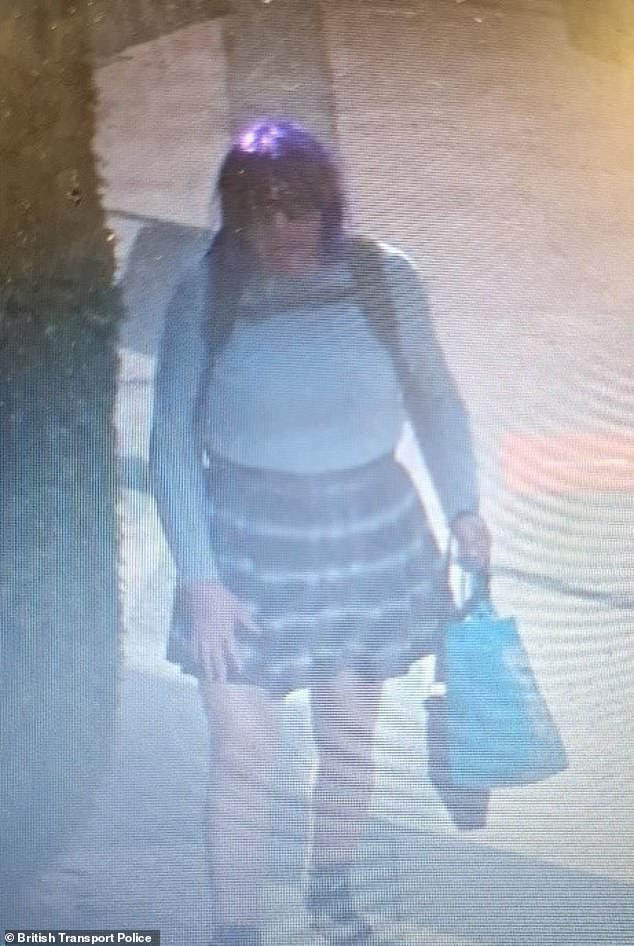 Just before 3pm on September 2, two teenage girls, aged 15 and 16, were sat on-board a train at the station when someone on the platform approached the train’s window.

As the train started the depart the station the person exposed their genitals to the two teenagers before making lewd hand gestures in their direction.

They then walked into a shelter at the station and masturbated.

Officers believe the person in the CCTV images may have information which could help their investigation.

Alternatively, you can call Crimestoppers anonymously on 0800 555 111.