Prince Harry and Meghan, Duchess of Sussex, recently visited Queen Elizabeth II, marking the couple’s first return to the U.K. together since moving to California in 2020.

A spokesperson for Prince Harry, 37, and the former Meghan Markle, 40, confirmed to TODAY that the pair visited Queen Elizabeth II on their way to the Netherlands for the Invictus Games, which begin this weekend.

News of their meeting surfaced after the queen missed Maundy Thursday services at St. George’s Chapel. She is not expected to attend Sunday's traditional Easter services either.

Queen Elizabeth II revealed last week that she was “tired and exhausted” after battling COVID-19 in February.

But, that hasn’t stopped her from working.

The Duchess of Sussex has not publicly returned to Europe since March 2020 following the announcement that she and her husband had decided to officially "step back" as senior royals. 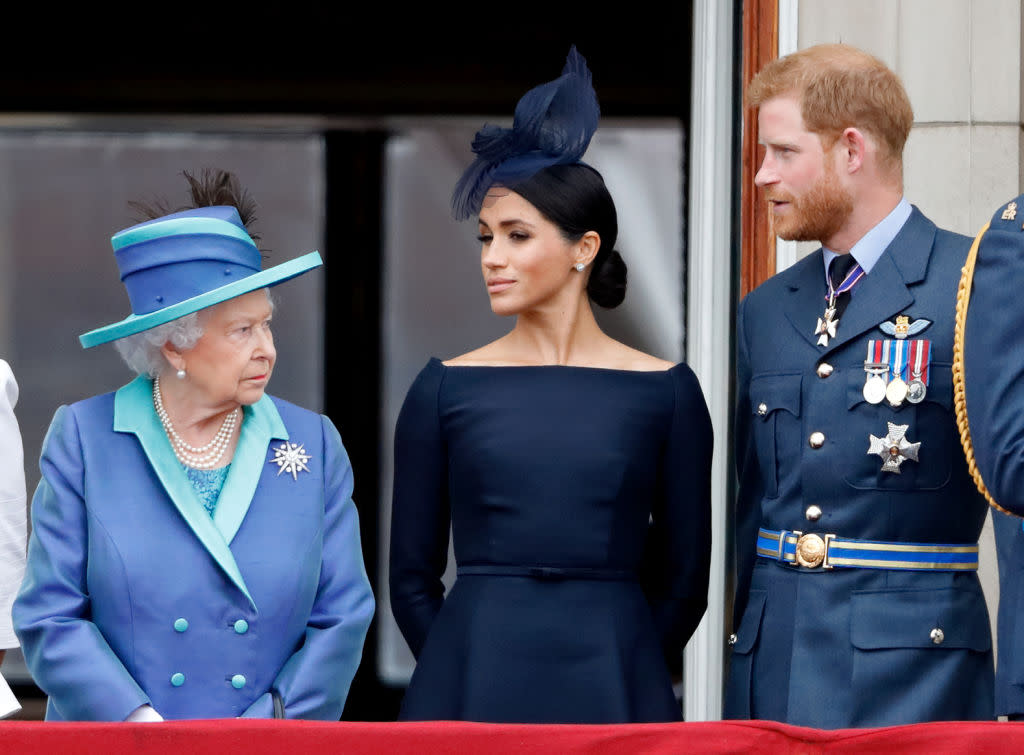 In the years since, the two did a bombshell interview with Oprah Winfrey and welcomed their second child, daughter Lilibet “Lili” Diana Mountbatten-Windsor, who will turn 1 on June 4.

The two are also parents to Archie, who will turn 3 on May 6.

Earlier this year, Prince Harry challenged the British government’s decision to not allow him to pay for his police protection during his returns to the U.K.

“The Duke and Duchess of Sussex personally fund a private security team for their family, yet that security cannot replicate the necessary police protection needed whilst in the U.K.,” his legal representative said in a statement by email in January.

Last month, his spokesperson confirmed to NBC News that he would not travel to the U.K. to attend a memorial service that honored his late grandfather, Prince Philip, Duke of Edinburgh. His grandfather died on April 9, 2021 at age 99.

Prince Harry was present at Prince Philip’s official funeral in 2021 in Windsor, England.

This will be Prince Harry’s fifth Invictus Games. He started the multi-day sporting competition, which honors wounded service members and veterans, in 2014.

The international sports competition runs from April 16 to April 22 in the Dutch city The Hague this year.

In 2017, the Duke and Duchess of Sussex made her first public appearance at one of his events when she attended the opening ceremony of the Invictus Games in Toronto to show support for then-boyfriend Prince Harry.