Fuming bosses at HMP Bronzefield in Ashford, Surrey, were tipped off to the event, which allegedly took place at a member of staff’s house on a Friday.

They hauled in eight workers the following Monday for drug testing, which the two officers, a man and a woman, failed.

A female officer who worked in another wing also tested positive for drugs following the alleged party on March 25.

A source told the Sun: ‘The group had all been at a house party on a Friday organised by one of the staff. People were doing coke and it got out of hand.

‘Two of them worked on a block where people with substance abuse problems are held. 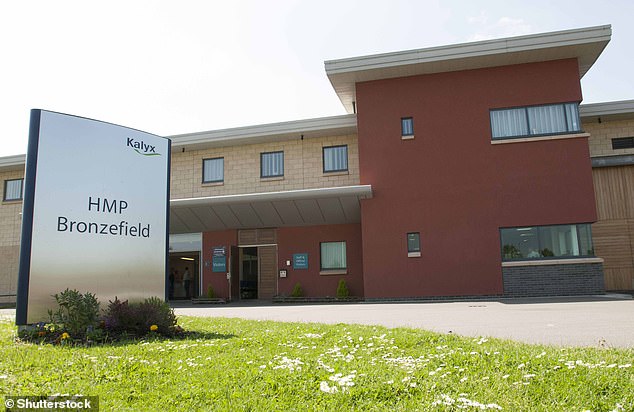 Fuming bosses at HMP Bronzefield (pictured) in Ashford, Surrey, were tipped off to the event, which allegedly took place at a member of staff’s house on a Friday.

‘How can you do drugs and then go and look after vulnerable prisoners?

‘It’s unbelievable. They need the book throwing at them.’

Another source said: ‘They’ll be lucky to keep their jobs.’

HMP Bronzefield is home to around 560 prisoners and is privately run by services giant Sodexo.

It was once home to notorious female serial killers Rose West and Joanna Dennehy.

Those suspended are understood to be a woman in her 30s, another in her 40s and a man in his 30s.

A spokeswoman for Sodexo said: ‘We are unable to comment on individual disciplinary or performance matters.’