Railway enthusiast’s model train collection made up of more than 300 pieces he’d collected over his lifetime sells for £100,000 after he died

A railway set made up of more than 300 models collected by an enthusiast throughout his life has fetched £100,000 at auction.

Nigel Thornley, a railway lover who lived in Chester and died earlier this year aged 72, was given his first train set as an 18-month-old toddler.

He went on to help at a nearby signal box aged 12 and as an adult built up an enormous hoard, with experts originally estimating the collection could achieve £70,000 at auction.

But keen bidders drove the price up and it was eventually sold for £100,000 when it went under the hammer on Tuesday. 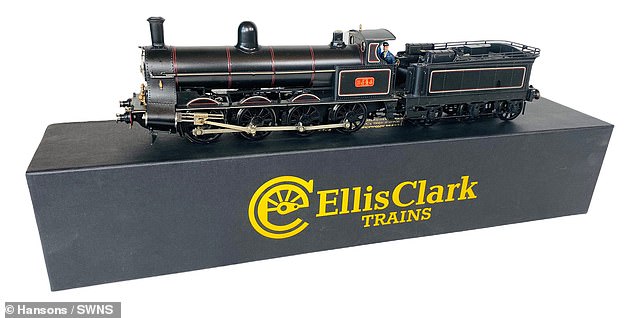 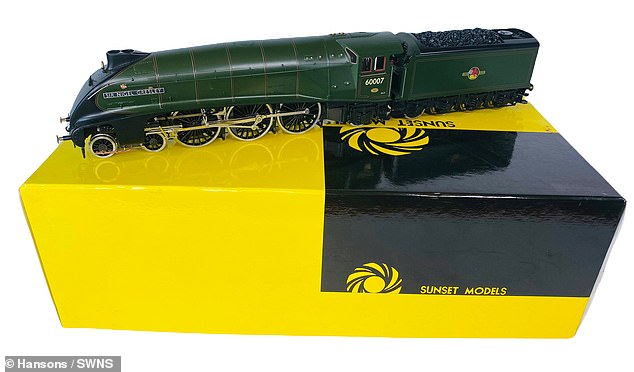 Mr Thornley went on to help at a nearby signal box aged 12 and as an adult built up an enormous hoard, with experts originally estimating the collection could achieve £70,000 at auction. Pictured, Sunset Models O Gauge Brass ‘Sir Nigel Gresley’ Class A4 Pacific BR Green 60007. Factory built and painted – fitted with Digital Sound

Mark Holder, trains and railwayana expert at Hansons, said: ‘Interest was strong right from the start. Some models had been specially commissioned at great cost. Individual model locomotives were selling for £1,800 each. 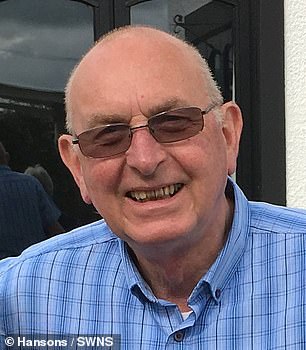 ‘This collection was a joy to bring to market. The response from bidders was a tribute to Nigel’s rail knowledge and expertise. Fellow enthusiasts recognised how exceptional his collection was. And there’s more to come.

‘The collection is so vast Hansons will be selling more Nigel Thornley railwayana in its October 9 Toy Nostalgia Auction.’

The ‘once in a lifetime’ collection was said to feature an eclectic mix of locomotive models as well as postcards and train books.

Mr Holder added: ‘This model train and railwayana collection was so large and comprehensive it deserves an auction all of its own. Nigel’s love of trains was all-encompassing and his passion comes through on every level.’ 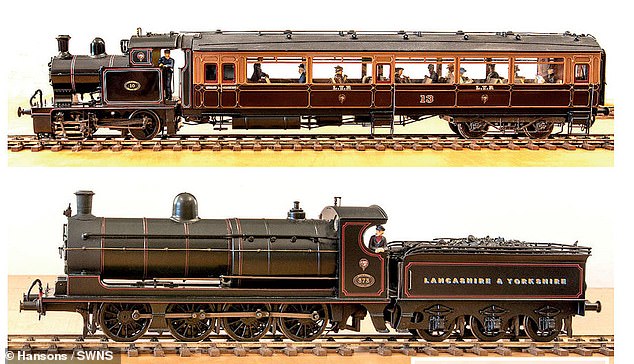 Keen bidders drove the price up and it was eventually sold for £100,000 when it went under the hammer on Tuesday. Pictured, more trains in the collection

Mr Thornley also devoted his life to preservation of Britain’s railway heritage, according to his family.

Paying tribute, they said: ‘Nigel began his love of trains with Hornby Dublo 3-Rail track as a small boy. When he was 12 years old, he used to go to the local signal box and help out. On one occasion he got a warning the inspector was on his way, so hid round the back.

‘But the inspector knew he was there, called him in and put him through his paces answering a series of questions about signal boxes and how they were used.

‘He then got Nigel to demonstrate the correct way to operate the levers and signals. Finally, he said “the lad can stay” – much to the relief of the signalman, and Nigel.’

At the age of 14 Mr Thornley was brought to Haworth in City of Bradford, West Yorkshire, to help Richard Greenwood, a father figure in railway preservation, to restore a Pug, they said. 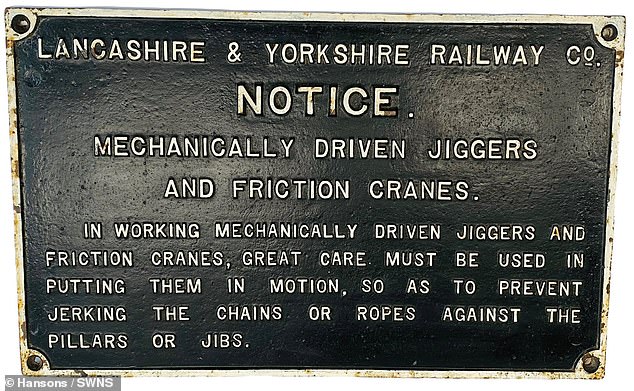 ‘In his late teens/early twenties he got together with his friend, Trevor Hughes, to form the Rochdale Model Railway Society which is also still thriving.

‘His real passion was the Lancashire and Yorkshire Railway Society, and he became an avid modeller of engines, coaches and rolling stock and collector of anything he could find of his beloved L&YR.

‘However, he still modelled and collected locomotives and stock from other lines too. He was fanatical about wanting to preserve things for posterity and, determined that nothing should be lost, he and his fellow society members worked with the Manchester Archives to ensure as much information as possible was saved and recorded there.

‘He literally spent hours searching the internet for items which he then bought on behalf of the L&YR and sent to the archives. He was a member and supporter of many railway societies, heritage trusts and guilds and a regular face at exhibitions. He will be sorely missed by all who knew him.’