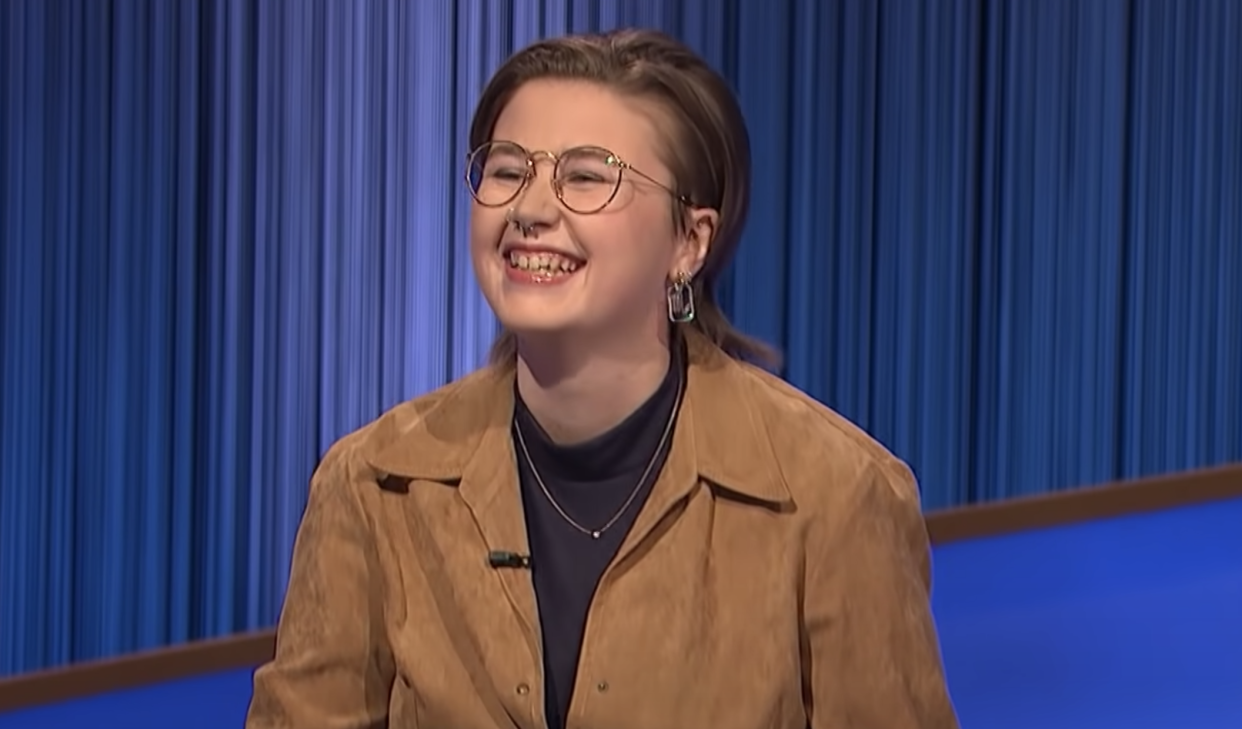 Ever since Mike Richards was publicly hired and then unhired as the host of Jeopardy! last year, Mayim Bialik and Ken Jennings have been splitting emcee duties on the long-running game show. But it's expected that a permanent host will be named at some point in the near future, and current Jeopardy! champion, Mattea Roach, knows who it should be.

"I would say Ken because of his history with the show," the 23-year-old contestant told Vulture.

"As a contestant, there's something really special about being on stage with the greatest player of all time," explained Roach, who has competed with both Jennings and Bialik at the podium. "Someone who understands in a very visceral way what it’s like to be in your position. Mayim is fantastic, but she doesn't have that same experience."

Roach's opinion echoes previous Jeopardy! champion, Amy Schneider, who has also said that Jennings has the edge over Bialik in her mind. "I didn't necessarily think that before going into this, you know, because, like, yes, he was a great champion, but this is a different skill set," the record-breaking player said in a January interview with CNN's Reliable Sources. "But you could see the work that he put into it, and I just thought he did a really great job, so as far as I'm concerned, that's my endorsement." (Unlike Roach, Schneider only appeared on episodes hosted by Jennings.)

For her part, Bialik has regularly expressed her interest in being named permanent host. "There's no other job I would rather have," the actress and director told Glamour magazine last year. "I love my sitcom work, I do. I love all the other things I do. I love the podcast. But I absolutely have never had a better job."

But Bialik has also ignited some controversies during her current co-hosting gig, most memorably when she referred to the opening round of the game as "Single Jeopardy!" Speaking with Yahoo Entertainment in March, she tried to clear the air over the ensuing eruption among serious fans. "If it wasn't right, they would've had me redo it," Bialik said, adding that late Jeopardy! host, Alex Trebek, had been known to say "Single Jeopardy!" on occasion. "It's not like Mayim's going rogue! … I know it may not be the norm, but … it was not not out of the norm. I will never do it again! Even if it's in this script, I will not say it."