‘Russia should nuke England but not harm Scotland or Wales… and leave N Ireland to unite with Ireland “at Biden’s demand”‘, say Putin propagandists

Vladimir Putin’s chief TV propagandist has threatened to destroy England with a giant Satan-2 rocket, but leave Scotland, Wales and the island of Ireland unharmed.

Vladimir Solovyov’s latest doomsday threats came as the chat show host showed how much criticisms from Boris Johnson and other leading British figures are stinging the Kremlin.

The television anchorman has previously threatened to destroy Great Britain with one hypersonic Sarmat, known in the West as Satan-2, a 15,880mph intercontinental ballistic missile.

Solovyov, decorated by Putin, blasted the UK government – including chief of the British Armed Forces Admiral Sir Tony Radakin – as ‘arrogant, ignorant, illiterate upstarts, who can’t do anything but steal.’ 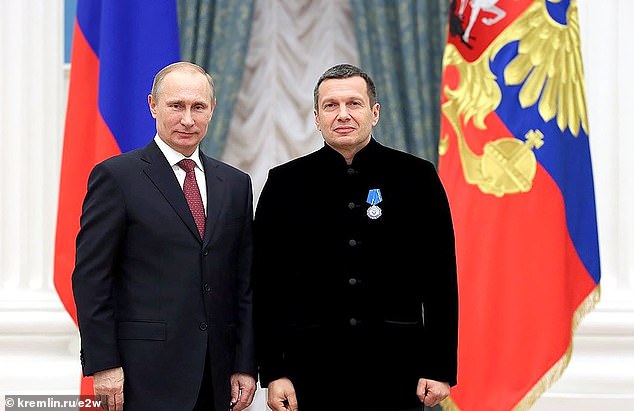 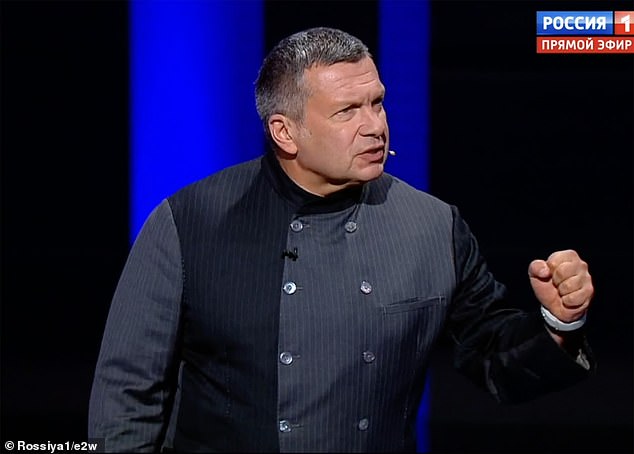 Solovyov (pictured) tore into British politicians during a discussion on his chat show, including Boris Johnson and Tory leadership candidates

He said: ‘Listen Brits, wake up… The only reason you don’t have Egyptian pyramids in the British Museum is because you physically couldn’t steal them.

He sneered at Sir Tony, who had warned that Russia posed a threat for the next decade, despite having lost 50,000 troops to death or maiming in Ukraine.

‘Admiral Tony Radakin…what are you the admiral of? What did you achieve? When did your British weapons beat anyone?’

‘Who did you beat, and where, Admiral? They have completely lost their minds….  And they are lecturing us, the country [we can destroy with] one Sarmat.’

Fellow pundit Professor Andrei Sidorov, dean of the Faculty of World Politics at Moscow State University, corrected him saying it would take more than one Sarmat to destroy the UK.

‘We won’t touch Scotland. Scotland will be independent,’ replied Solovyov.

‘Wales has been quiet so far. Wales, too, will be independent. And at Biden’s demand, Northern Ireland will unite with Ireland….

‘The Union Jack will be over….’

Another leading propagandist Margarita Simonyan, head of pro-Putin RT television network, told him: ‘Look at this Liz Truss, look at Boris Johnson. Both of them are the personification of many years of British policy. 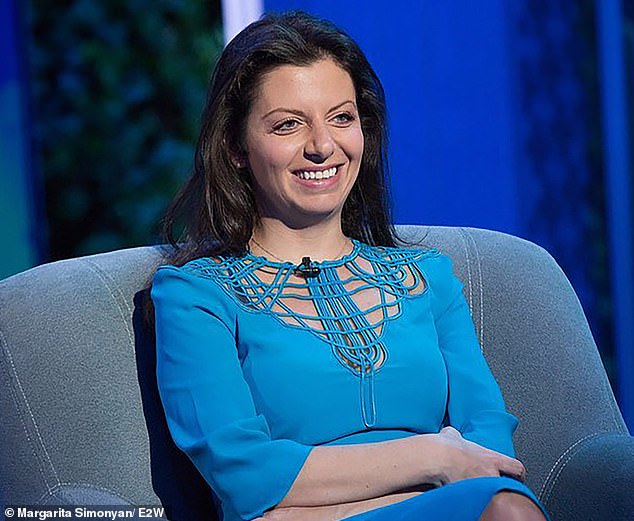 Fellow Russian state propagandist Margarita Simonyan (pictured) also got in on the act, referring to ‘pigs’ and ‘bulls’ in a conversation about British politicians 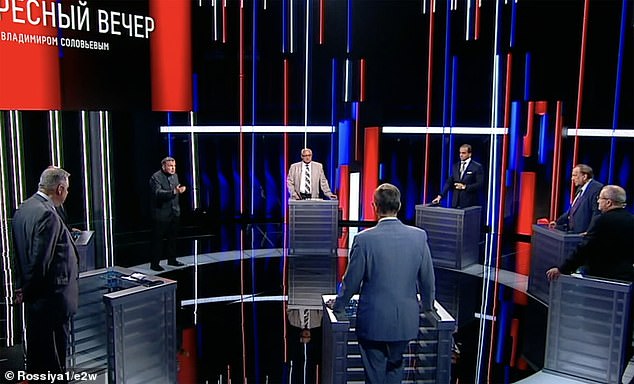 Solovyov hosted a group of political commentators on his propaganda chat show, as he took a swipe at Britain’s leaders

‘The main feature for me is an amazing mixture of huge arrogance and the same huge beastliness.

‘An arrogant pig is strong. It does not exist in nature, but we see it every day.’

Both mocked Johnson flying in an RAF Typhoon fighter jet.

‘He thinks he’s a bull,’ she said. ‘But a pig cannot be a bull, there are laws of nature.

‘They [the British] are building their future without culture, without heating, together with Ukraine.

‘And we must build our future, with culture, heating and without Ukraine…because Ukraine, in the form in which it was, cannot continue to exist.’

The propagandists also took aim at Tory leadership election contender Penny Mordaunt, a former defence secretary, laughing and sneering at her as as possible prime minister. 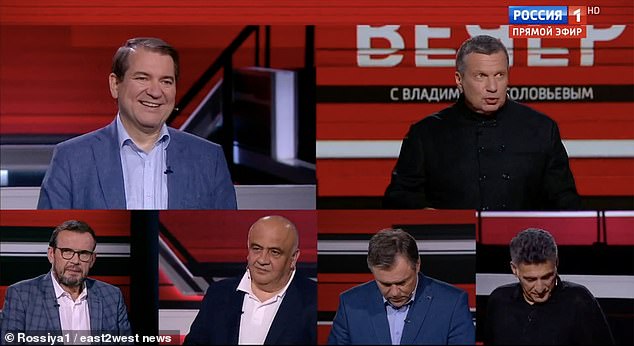 Another Solovyov guest, political scientist Vladimir Kornilov, said: This Mordaunt amazes me the most.

‘She says that Ukrainian MPs supported her in the battle to be British PM.

‘OK, the elections can be canceled. Ukraine has decided who should be the prime minister.’

Solovyov then mentioned her agonising bellyflop on the Tom Daley celebrity diving show.

‘That’s all she’s known for, nothing else,’ said Kornilov.

‘Solovyov asked: ‘And I just want to understand: will she oppose Putin like this [if she becomes PM]?

Kornolov said: ‘This girl, before she began her political career, worked only as an assistant to a magician.’

Solovyov hit back: ‘Is she going to show Putin such a trick?’

‘This shows that anyone can be the Defence Minister of Great Britain,’ said Solovyov. ‘She coped with her duties in the same way as she will now cope with the jump.