Home » World News » Russian is fined £400 for DREAMING about Zelensky

Russian is fined £400 for DREAMING about Zelensky: Man is found to have ‘discredited’ the army after describing how he saw Ukrainian leader capture Putin’s troops

A Russian man has been fined £400 for dreaming about Ukraine’s president Volodymyr Zelensky and posting about it on Instagram.

The court found Losev guilty of ‘discrediting’ the Russian army on December 8 and fined him 30,000 rubles (around £400). Offenders also risk up to 15 years in prison.

The law was passed in March, a month after Putin ordered his troops to cross the border, to crack down on dissent and to stifle criticism of the war, which has resulted in the deaths of tens of thousands of Russian solders. 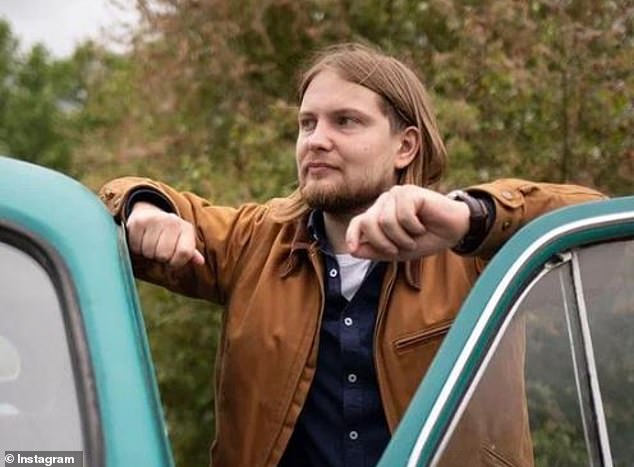 In his since-deleted post on Instagram, the Russian described his dream to his followers, saying he dreamt that he was mobilised by Moscow and ‘brought to some kind of preparatory camp’ for Russian conscripts.

‘I dreamt that I was mobilised and brought to some kind of training camp when all of a sudden the Ukrainian armed forces, led by Zelensky, burst in,’ he wrote in the September post, according to the Sibir.Realii news website.

‘They tied everyone up and they were going to shoot us. But at that moment, Zelensky passes me and says: ‘Oh, I saw your stories on [Instagram], glory to Ukraine!’ He then said, in his dream, Zelensky freed him – but ordered the shooting of ‘everyone else’. After that, he said, he asked the Ukrainian leader for a selfie.

At that, Losev said, Zelensky said: ‘Sure!’

Speaking to Sibir.Realii, he said officials called hin on his work phone to tell him that they had reason to believe he was ‘engaged in discrediting the Armed Forces of the Russian Federation’ and was told to report to his local police department.

Since being fined, Losev has slammed the case against him as ‘idiotic’.

‘I struggle to imagine how a Zabaikalsk FSB officer in his forties re-typed my post with a straight face to add it to the case file. The thought is ridiculous!’ he said. 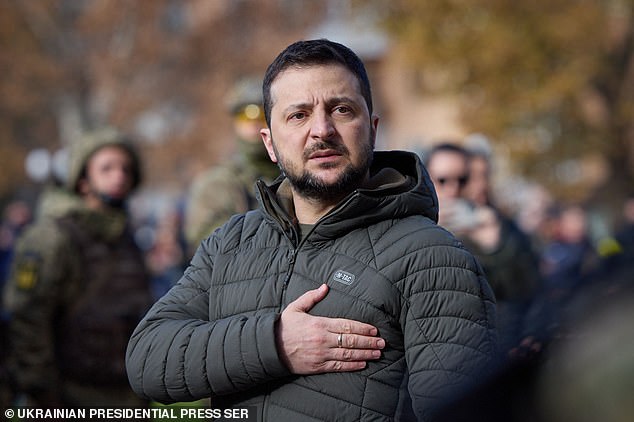 He said he has always enjoying sharing ‘all sorts of nonsense’ on the social media platform. ‘[Russian President Vladimir] Putin announced mobilization, there was stress everywhere, that they might come for you, and then I had such a dream, I remembered it in detail,’ Losev told the publication.

‘I thought: well, at least something funny, funny in the whole agenda. My [folowers] laughed, said it was a cool dream. I didn’t even think that it [would attract the attention of the FSB],’ he said.

Losev said once he was at the police station, he was told that officers had prepared a case file on him, showing other things he posted to Instagram.

‘How much is it planned to mobilise there? 300,000? A million? I don’t care, this disgrace will not delay the victory of the Ukrainians. The only question is, are you ******** [stupid] to go there? 2 years probation, yes even 10 years prisons are better than HIMARS flying at your rashist ***** [face]’, one post read.

‘It is better to send bottles to Ukraine for the Armed Forces of Ukraine, so that they make Molotov cocktails and burn all the Rashists,’ another said.

This was in addition to his dream about Zelensky.

Losev said he has come to terms with the possibility of being jailed for being outspoken against Vladimir Putin’s on-going war.

‘It seems to me that the war is about to end and end not in favor of Russia. I am sure that Ukraine will win,’ he told Sibir.Realii

‘As soon as Ukraine wins, all the people who are now in prison [for ‘fakes’ about the army], they will either be released or somehow decriminalised. And we will not be ashamed to look into the eyes of the world community, the Ukrainians, or ourselves.’

September saw Vladimir Putin announce a partial mobilisation, with the goal of recruiting 300,000 more troops to send into Ukraine. The move has been criticised in Russia by some, amid reports the mobilisation is targeting minority groups.

Now, Ukraine has said Russian forces are suffering huge losses on the eastern front in brutal fighting described as ‘a meat grinder’ by Kyiv’s forces. 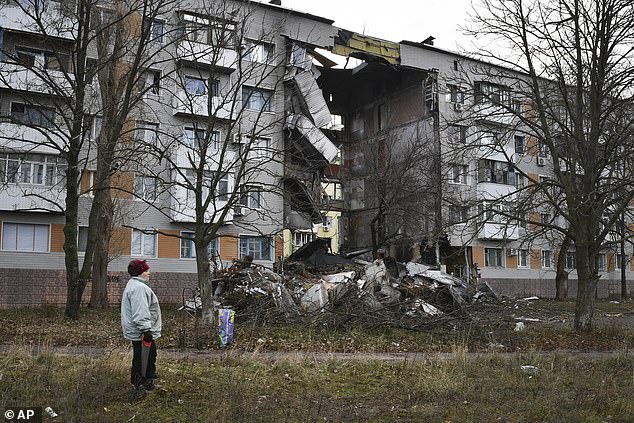 Pictured: A woman stands outside an apartment building damaged by Russian shelling in Bakhmut, the site of the heaviest battles with Russian troops, on Sunday December 11, 2022

Russia kept up its attacks on Bakhmut, which is now largely in ruins, Avdiivka, and Lyman, and launched two missile strikes against civilian infrastructure in Kostyantynivka, all in the Donetsk region – one of four that Moscow claims to have annexed from Ukraine after ‘referendums’ branded illegal by Kyiv.

But as Russia continues to hurl what is left of its offensive power at entrenched Ukrainian positions in and around Bakhmut, experts have wondered whether the losses in manpower and equipment will match the potential prize.

‘We are scratching our heads,’ a Western official told AFP this week when asked about Russia’s focus on Bakhmut. ‘We don’t know the answer.’

Elsewhere, Russian forces carried out more than 60 attacks from rocket salvo systems targeting the civilian infrastructure in Kherson, the southern city liberated by Ukrainian forces last month, and Ukrainian troops based there.