That’s one way to work from home! Saudi Arabia’s Crown Prince MBS addresses World Economic Forum on a computer set up in the desert

Saudi crown prince Mohammed bin Salman found a novel way to work remotely on Thursday by addressing the World Economic Forum from a computer set up in the desert.

The 35-year-old prince, who has a string of futuristic plans for the ultra-conservative kingdom, sat in an armchair with his monitor on a table next to a more traditional-looking row of tents.

The stunt appeared to be an effort to promote the AlUla region where the prince set up his temporary office, and where Saudi rulers hope to build a tourist destination in line with MBS’s ‘Vision 2030’ programme to end the kingdom’s reliance on oil. 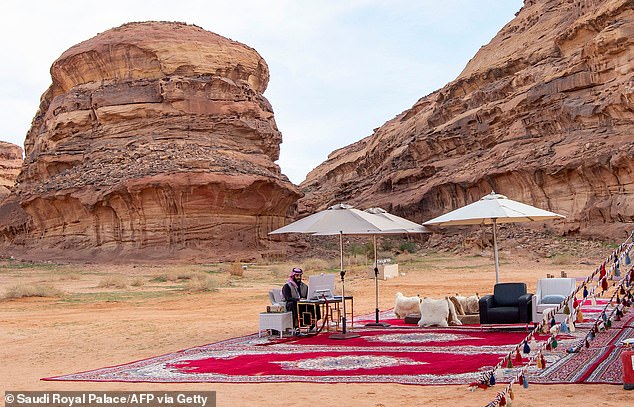 Diplomacy in the desert: Saudi Arabia’s crown prince Mohammed bin Salman sits at a lonely desk in the sparsely-inhabited AlUla region as he addresses the World Economic Forum 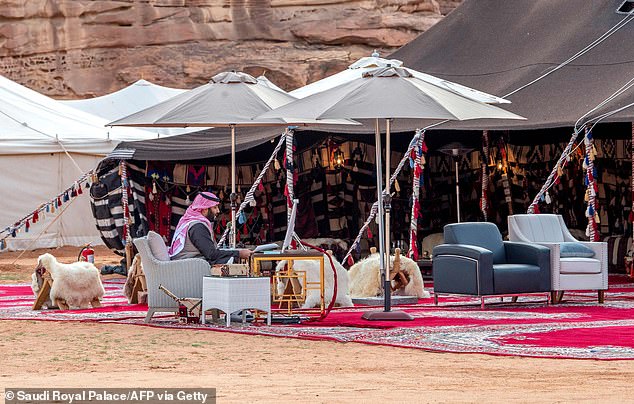 The prince, widely known as MBS, sat at a monitor next to a more traditional-looking row of tents as he boasted of $6trillion of investment opportunities in Saudi Arabia

The AlUla boss boasted in his article that region has an ‘extraordinary natural landscape and heritage’ which will be put on display in museums and galleries.

The crown prince told the Forum on Thursday that the kingdom was seeking $6trillion of investment as it tries to end its decades-long dependence on oil.

The ambitious projects, partly funded by Saudi Arabia’s own sovereign investment fund, are intended to create millions of jobs for the kingdom’s young population. 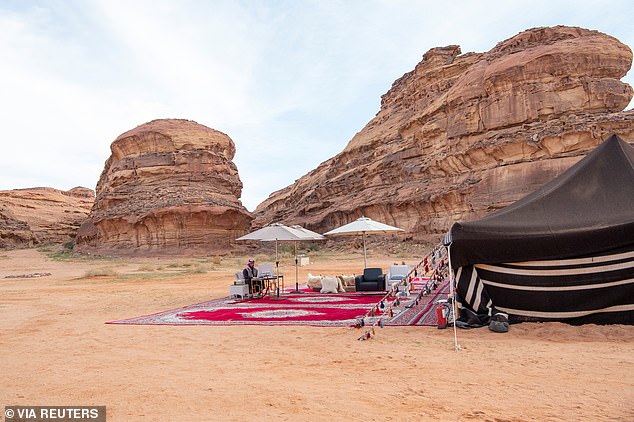 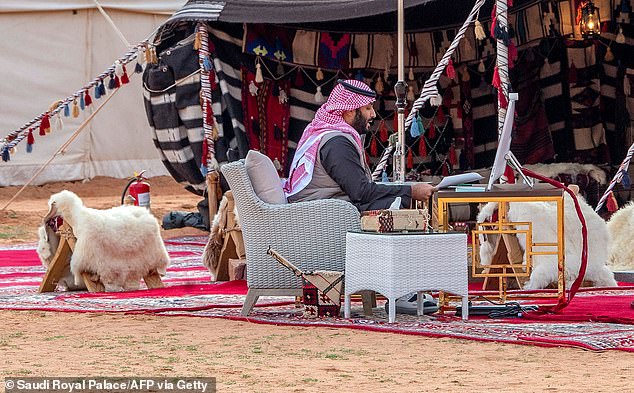 One of the most eye-catching projects is a high-tech city called NEOM planned for an area close to the size of Belgium and intended to rival Dubai as an economic hub.

This week, Prince Mohammed unveiled plans to build a zero-carbon sector of NEOM with infrastructure costs of $100 billion to $200 billion.

There are also plans for an entertainment park outside Riyadh which would be 2.5 times larger than Disney World, and a luxury tourist resort off the Red Sea coast that will span 50 islands.

The world´s top oil exporter is expected to borrow tens of billions of dollars this year to fill state coffers hit by lower oil prices during the pandemic.