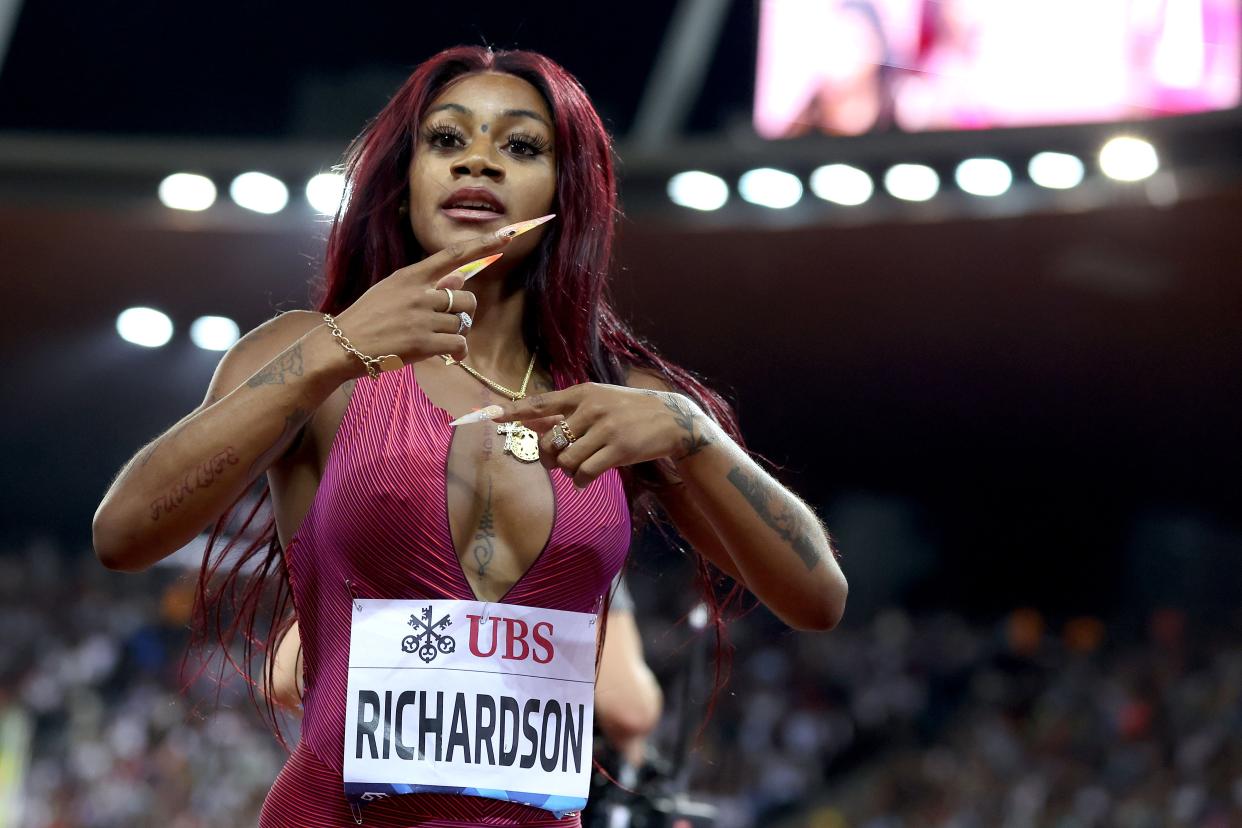 Richardson posted two videos from the incident to Instagram on Saturday, claiming that a flight attendant she identified as "John" threatened her and a fan who asked for her photo.

"Tell me if I'll be wrong to pursue legal actions against the airline," she wrote. 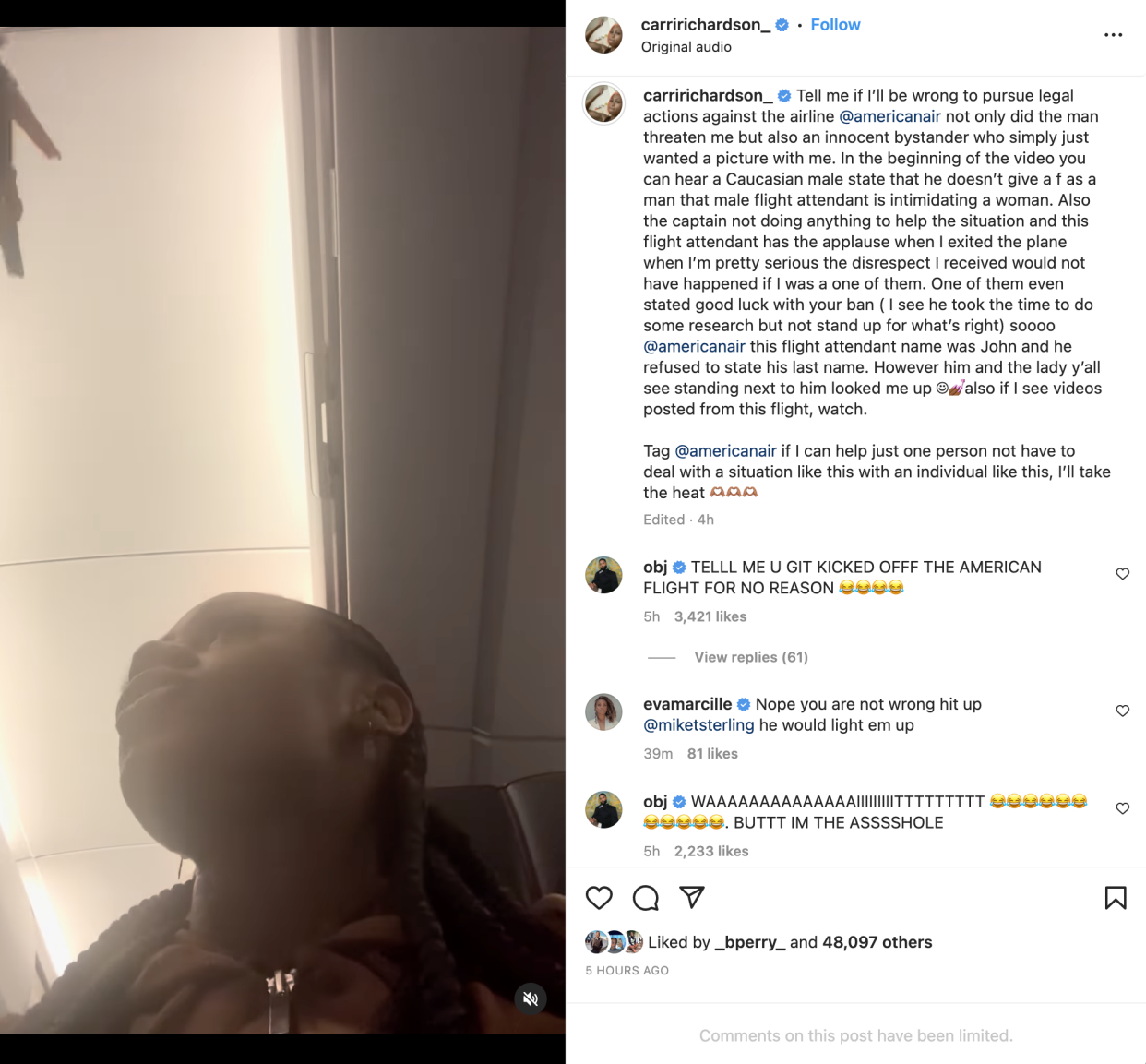 Richardson wrote on her Instagram story that she ended a phone call at the flight attendant's request. She added that she told him she "didn’t like the tone he used." According to her captions, he continued to look at her phone while presenting attendants with safety protocols and demanded that she show him the phone, which she did.

She posted two videos on her official Instagram of the situation. The first video begins as a recording of herself, saying that she was going on vacation. Then, a flight attendant quickly leans into frame and appears to reach in her direction.

In a second video, Richardson appears to say that the flight attendant should be reprimanded, when another passenger is heard confronting her because he's going to miss his connecting flight.

"Oh, so you're worried about a connection when a grown man is disrespecting me?" Richardson replied.

"I don't give a s**t," the passenger answered back.

Eventually, other flight attendants can be heard telling Richardson that the captain asked for her removal.

She is heard asking if the captain knows about the flight attendant's behavior and attempting to give her side of events. The crew continued to push for her removal and as she got up to leave a few minutes later, passengers applauded.

Beckham commented on both of Richardson's posts, saying "Tell me you [got] kicked off an American Airlines flight for no reason."

"Wait. But I'm the a**hole," he added with plenty of laughing emojis.

Obviously the situation resonated with him. He didn't personally record his incident, but police video footage showed that he also got into exchanges with other passengers and attempted to plea his case to stay on the flight.

When the footage was released, Beckham called addressing the situation "exhausting," writing that "all you can do is know who you truly are."

🥱🥱🥱 can’t address everything in this world, it’s exhausting. Errbody got an opinion on situations they weren’t involved in. All u can do is kno who u truly are. Purell only kills 99.9% of germs…there’s always gon be a lil left over

That may not be the philosophy Richardson chooses to adopt, but it's unclear how strong her case will be if she does proceed with legal action.