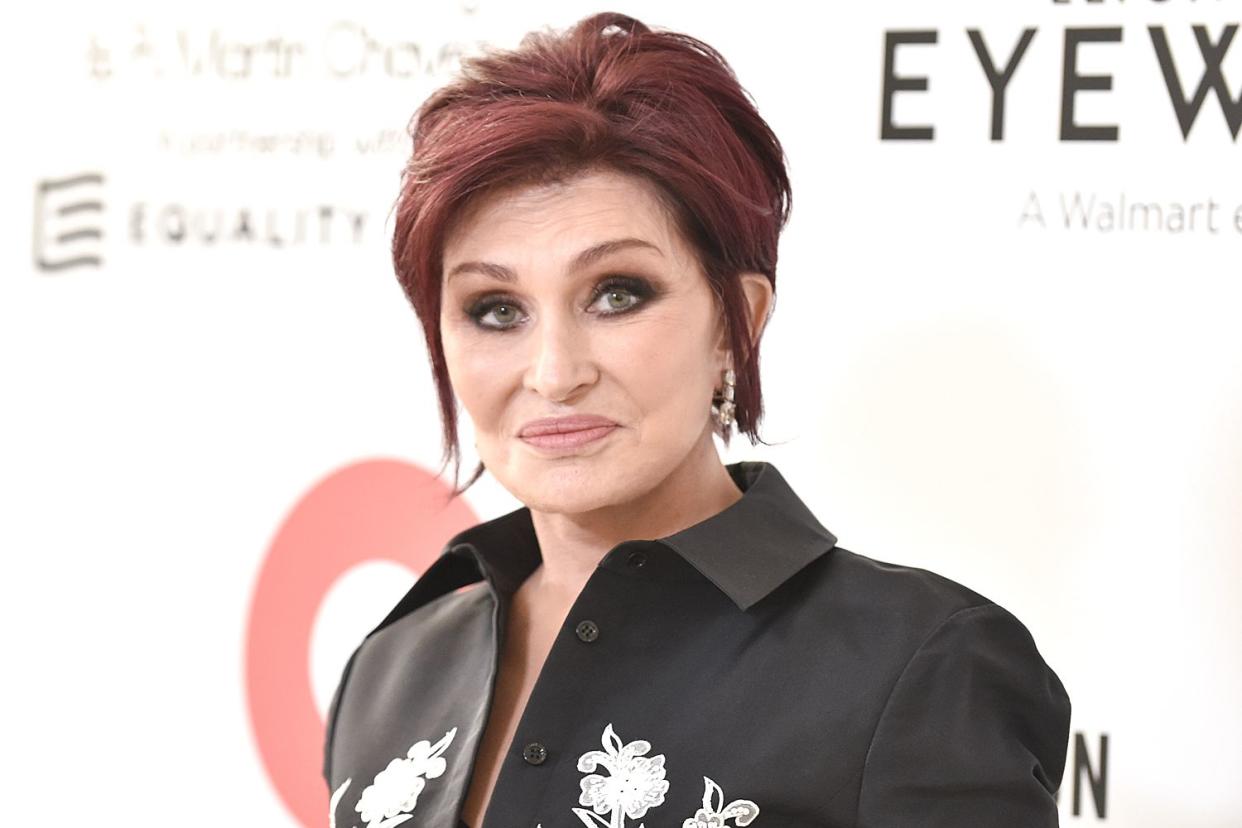 Sharon Osbourne is “doing great” and in the Christmas spirit following a medical episode.

The Talkalum, 70, was hospitalized on Friday after falling ill on the set of the Night of Terror, a ghost-themed TV show.

On Monday, Sharon appeared to be in good spirits as she shared an Instagram photo of her husky Elvis posing in front of a Christmas tree.

Though the TV personality was not in the snap, she reassured her fans in the caption, “Back home and doing great! Thank you for all the ❤️ 🥰.”

She received well wishes in the comments section, as Carrie Ann Inaba wrote, “Thank goodness! ❤️❤️❤️ 🙏🏼❤️🙏🏼,” adding in a follow-up comment: “Elvis will take care of you!”

On Friday, EMS workers with the Ventura County Fire Department (VCFD) responded to a medical call at the Glen Tavern Inn in Santa Paula, California, around 6:30 p.m. local time on Friday, when they transported the TV personality to Santa Paula Hospital, TMZ reported.

Glen Tavern owners, Aishah Sing and mother Rosanna Jennett, told PEOPLE that the incident occurred while she was guest starring on an episode of her son’s show Jack Osbourne’s Night of Terror.

On Sunday, her son Jack Osbourne — who was filming the series with her — shared an update, telling fans that his mother was doing better.

“She has been given the all clear from her medical team and is now home,” he wrote. “Thank you to everyone who has reached out with love and support.”

Jack did not reveal what happened, adding: “As to what happened to my mum — I’m gonna leave it to her to share about when she is ready.”

Never miss a story — sign up for PEOPLE’s free daily newsletter to stay up-to-date on the best of what PEOPLE has to offer, from juicy celebrity news to compelling human interest stories.

Sharon’s health scare comes after she tested positive for COVID-19 in May, around the time her daughter Kelly Osbourne and husband Ozzy Osbourne also contracted the coronavirus. She previously had COVID in December 2020, for which she was briefly hospitalized.

Sharon has recently been caring for Ozzy, 74, who suffers from Parkinson’s disease and underwent a major operation in June that would “determine the rest of his life.”