THIS is the shocking moment fuel thieves allegedly steal 30,000 litres of diesel worth nearly £50,000 from a truck shop.

Dave O'Donnell, who runs Portsmouth Truck Stop in Farlington, said that thieves drained his fuel tanks and stole £45,000 worth of diesel in the early hours on Saturday. 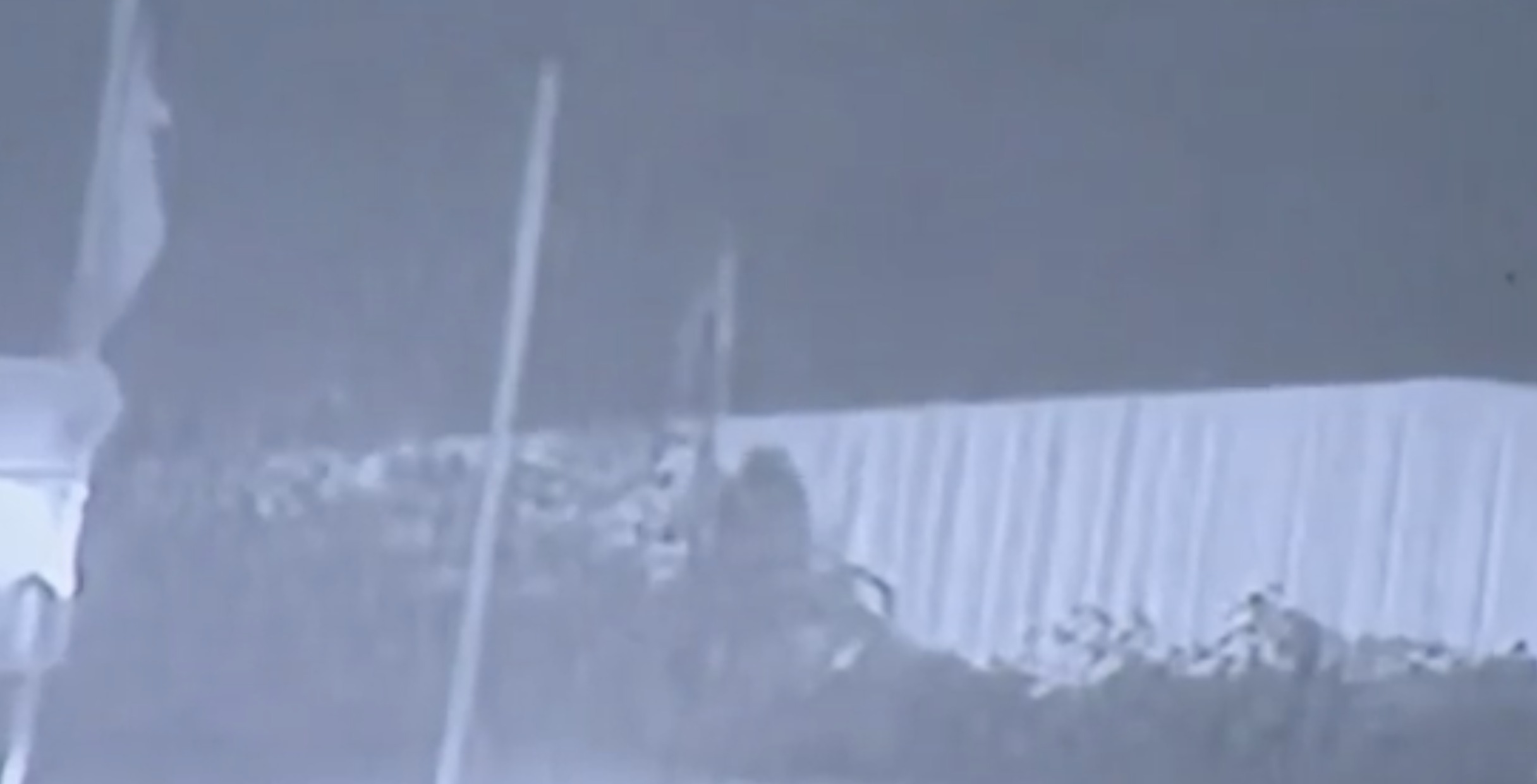 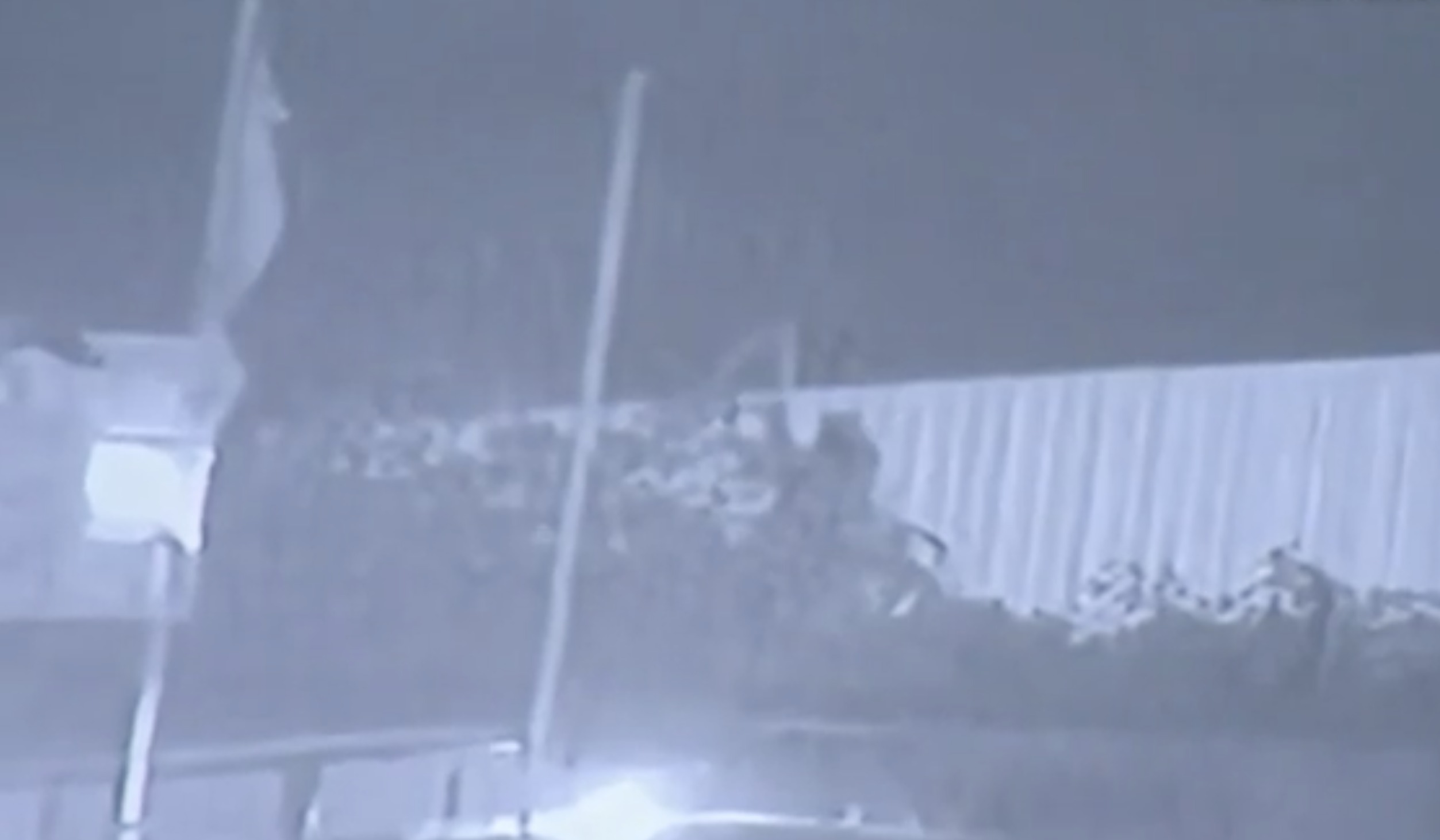 He claims that the ordeal was a "massive hit" to his family-run business amid the national fuel crisis.

Mr O'Donnell said CCTV showed two lorries arriving at about midnight – and someone could be seen climbing on top of one of the tankers.

The person allegedly placed a pipe into the tanker and started pumping the fuel out.

The clips then shows one lorry leaving an hour later, and the second leaving at about 2am.

Mr O'Donnell claimed his two tankers of fuel – which have a meter in the office showing the amount of fuel left in each one – should have had a total of 43,000 litres in them.

But when he checked the reading on Monday, the business owner claimed that the two tanks had just 13,000 litres left.

Mr O'Donnell told the BBC: "It looks like a professional job, I've been watching through the footage again and again.

"We're going to have to make an arrangement with our supplier and take the hit for it, but we're just a family business so it's a massive hit."

He added: "With everything going on with the fuel shortage right now, it's just a crazy time.

"We can still have lorries parked up, but we're turning so many away at the moment and our pumps are still out of action."

This comes after a mum was unable to take her kids to school after thieves pierced her petrol tank and drained the fuel from her car.

Anita Forster, 41, was left without fuel after the thugs targeted her car, which was sitting outside her home in Swanscombe, Kent.

The mum-of-four was unable to get her children –  Jack, 13, Bethany, 11, Scott, nine and her three-year-old – to their different schools and nurseries in Dartford yesterday.

She told KentOnline: "Someone has pierced my fuel tank to steal my fuel.

"I have no vehicle and one of the children can't get to school."

Anita was told by neighbours "three hooded and masked youths" were spotted hanging around the block of flats with a jerry can around 11.40pm on Saturday night.

But they allegedly became "spooked" and fled the scene.

Police say inquiries into the theft are ongoing.

The mum said that she's been quoted £300 for the repairs on her car- but that she won't be able to afford it.

She added: "I'm being quoted £300 for repairs. I'm a single mum with four kids. I can't afford that.

"It has really affected me. That car is my lifeline I rely on it to get my kids to school and to go food shopping.

"I can walk to the shops if I need bits but I need a proper food shop. It is just wrong."

Meanwhile, soldiers WILL drive fuel trucks to ease the petrol chaos as the Army is sent in – but Boris Johnson has vowed the situation is improving.

Some 150 military drivers will be available to transport fuel around the country, it was confirmed earlier this week.

The Ministry of Defence approved the request for assistance and soldiers will start driving fuel lorries this week.

The new development will see soldiers driving HGVs after the PM was urged to "act now" as thousands of Brits panic buy at petrol stations across the country.

Fights have broken out on forecourts and more than half of stations across the country have run out of fuel.

And it was reported today that ambulance drivers have been sent begging letters from the Government urging them to switch career and become truckers.

Ministers denied angry claims they're trying to "poach" paramedics after they issued a national distress call to a million HGV licence holders.

Those approached include ambulance drivers who have to be qualified to get behind the wheel of vehicles up to 7.5 tonnes.

The issue was highlighted by an SNP councillor who received one of the letters because he's training to be an ambulance technician.

He said: "If I'm receiving this letter then every other ambulance driver in the country will have too.

"The fact ambulance drivers are receiving this letter shows that the UK could face stark choices between health care, food and fuel over the coming months.

"It's a reflection of the shambolic situation we find ourselves in with Brexit.

"We've made this country an unwelcome place to thousands of HGV drivers and we're now forced to take such desperate measures as this." 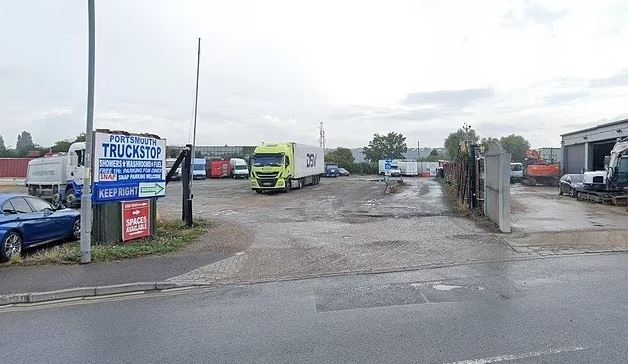