Space lasers are a real thing, even if they’re not generally made to blow up passing satellites.

Designed to damage or disable sensor equipment on orbiting satellites, ground-based lasers can help hide a nation’s activities. Photography from satellites, for example, has been key in helping reveal the extent of Beijing’s detention of Muslim Uighurs in western China.

An image of the laser facility in Xinjiang, China, taken on July 22, 2021 by Planet Labs.Credit:Planet Labs

Weeks before the Federation of American Scientists produced analysis showing missile silos being built in western China, US-based analysts – drawing attention to anti-satellite lasers in Xinjiang – warned that US satellites, the kind that could keep an eye on China’s military, were “increasingly vulnerable to China’s ground-based lasers”.

Sydney-based space analyst Chris Flaherty said that when it came to lasers, “dazzling”, or interfering with a satellite’s camera, and “blinding”, permanently damaging a satellite, “are the prime technologies that are deployable right now”.

The technology gives a country the power “to deny a satellite’s ability to operate, to shut it down or to damage it – without creating space debris”.

Michael Duitsman of the California-based James Martin Centre for Nonproliferation Studies said the laser facility in Xinjiang was thought to have been started as far back as 2009. It “significantly predates both the Uighur cultural genocide and the current missile silo construction,” he said.

Inspecting images from earlier this year, Duitsman said there had been some construction in the support area for the laser, as well as modification at one of the buildings.

Concerns about the use of lasers used this way in a future space conflict are spreading. 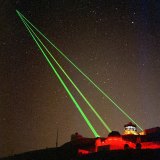 The prospect of a contest for space dominance between China, the US and Russia prompted the US to create the Space Force in 2019. Last month, Defence Minister Peter Dutton announced Australia would begin exploring options for Space Electronic Warfare, because it’s a capability that doesn’t “create debris or damage the space environment”.

Flaherty said to better understand China’s intentions with lasers aimed at satellites, one need only look at the example Russia provides. In 2018, Russia unveiled its Peresvet laser system and positioned it near mobile units of intercontinental ballistic missiles.

In doing so, it can temporarily blind passing satellites overhead from taking pictures.

Flaherty said “any superpower that has important strategic assets … will deploy a laser”.

US-based China space analyst Dean Cheng believes Beijing would likely have installed them to frustrate the satellite photography of its military bases and equipment.

“It would not be surprising if the Chinese wanted to limit Indian ability to see into Tibet,” said Cheng.

He said lasers could be used to protect one of China’s missile silo fields, as well as naval and air bases that could be used in an invasion of Taiwan.

But the ability to use lasers against satellites is well known by space-faring powers.

“What is more problematic is that the West relies more on space for the conduct of military operations, so effective anti-satellite systems work much more to the benefit of” Russia or China, which focus their military closer to their own regions, Cheng says.

Economically, the West has more to lose in such a scenario because widely adopted Western technologies such as GPS have evolved to rely on peaceful access to space.

Simply raising questions about China’s capabilities to disrupt a rival nation’s satellites is part of the new game, one that differs from the Cold War rivalry. 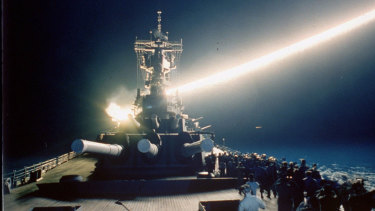 The physical distance of orbit makes it hard to know with certainty whether an outage of a satellite happened as a cause of an accident, or if something was the result of hard-to-detect aggression.

For example, in 2006, China used a laser that temporarily blinded a US military reconnaissance satellite.

“The action temporarily blinded the satellite but caused no permanent damage, leading to speculation that China may not have been intentionally trying to interfere with the satellite,” said US congressional testimony in 2019.

Like the ambiguity of attributing the origin of a cyber attack, the cause of a problem in orbit is hard to determine as the satellite passes 200 kilometres overhead at a speed of 25,000 km/h.

Messing with a rival’s satellites in orbit in ways that can easily be misinterpreted, using lasers, or some other directed energy, is a change from the Cold War.

Back then Russian or American interference with each other’s satellites could easily be interpreted as a prelude to a nuclear launch, and so was something to generally avoid.

Today, while the nuclear risk hasn’t gone away – as China’s missile silo building proves – technology has evolved, orbits have grown much more crowded, and so has the willingness of some space powers to court risk.

China, among others, has been on a mission to build space power since it – and the world – witnessed volleys of US satellite-guided bombs raining down on Iraqi troops during the Persian Gulf War of 1991.

“The Gulf War set off the next technology trend for countries to catch up,” Flaherty said.

Since then, many more satellites and nations have entered orbit, producing data and services we rely on daily: GPS, space-based timing for transactions, Google maps, precise weather data for agriculture.

If China or another power used lasers aggressively against orbiting satellites, it’s no longer about two superpowers facing off like during the Cold War space race, said Flaherty.

Instead, the question becomes: if one space-reliant system goes down, what else goes down with it?