Home » World News » Storm Evert tracker: Where is it now?

STORM Evert is set to batter the UK with strong winds and heavy rain after a miserable week of weather.

The storm will bring heavy gusts and torrential downpour across the nation this Thursday, July 29. 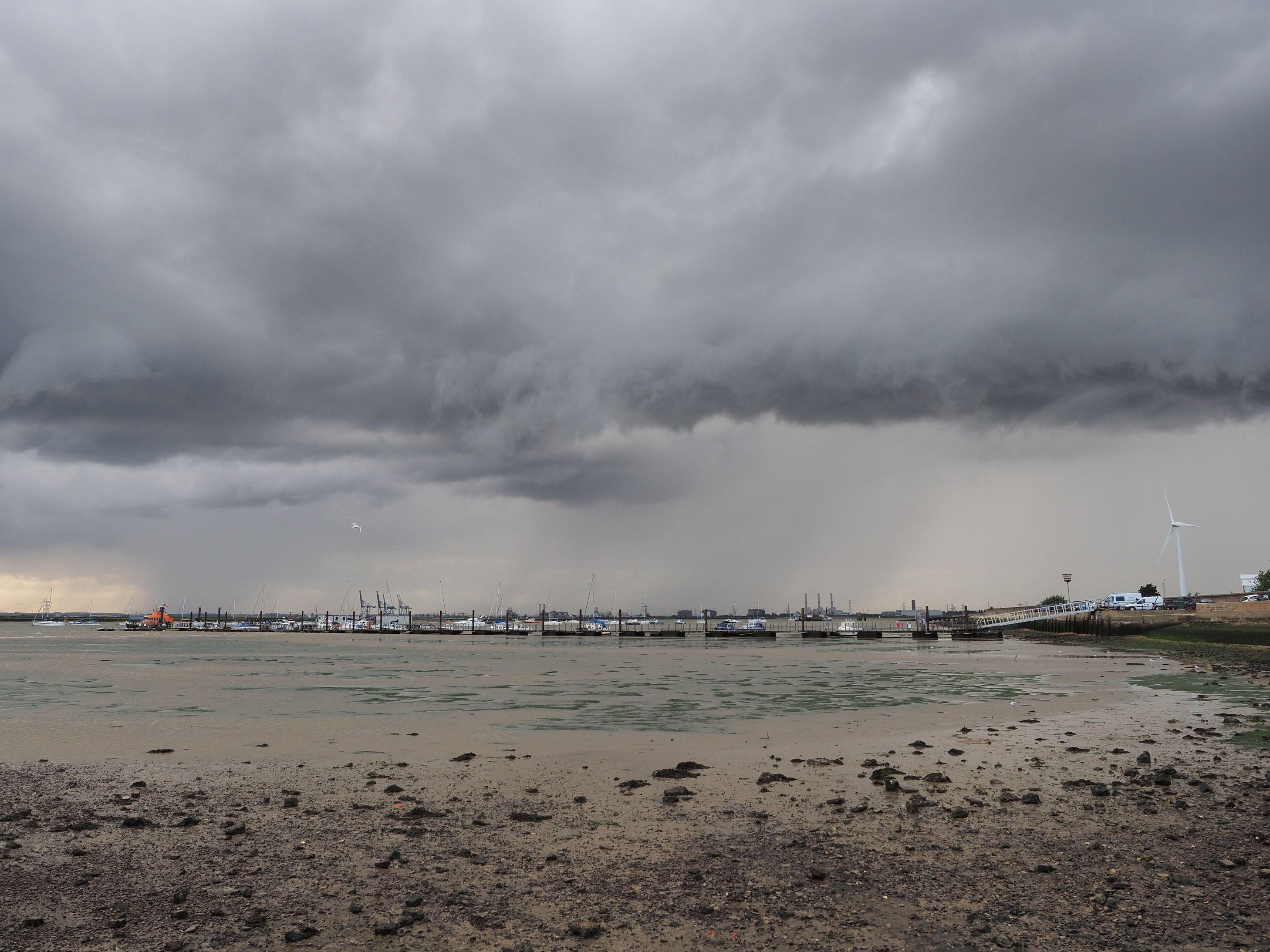 Where is Storm Evert now?

The storm is currently approaching the South West of England but will not hit until later in the evening.

Winds of up to 75mph are set to lash parts of the South West as the storm hits.

Warnings are in place for parts of the south of England and Wales, with warnings of possible damage to infrastructure and travel disruption.

The Met Office predict some coastal and hilly areas will see wind gusts of between 45mph and 55mph, rising to 65-75mph gusts across Cornwall.

When will Storm Evert hit the UK?

Storm Evert is estimated to hit the coast of Devon at around 9pm on Thursday, July 29.

The south coast of Wales is also expected to be battered by wind, with a yellow warning in place from 8pm.

What weather warnings are in place?

The Met Office has issued an amber weather warning for Cornwall on the evening of Thursday, July 29.

It reads: “Storm Evert will bring a swathe of very strong winds with coastal gales and severe gales into the Isles of Scilly later Thursday evening, these very strong winds then spreading into Cornwall during the early hours of Friday.

“Gusts of 55 to 65 mph are likely in coastal areas with a chance of gusts briefly reaching 75 mph in the most exposed coastal spots in Cornwall.

"Winds then ease Friday morning. Showery rain will accompany these high winds at times, some of this rain heavy."

🔵 Read our UK weather live blog for the latest forecasts

And another yellow wind warning has been issued for Friday, July 30 for swathes of the south of England.

“The warning reads: "Windy conditions, including coastal gales for some, will develop across southern and southeastern England early on Friday, spreading into North Sea coastal areas during the late morning and afternoon.

"Gusts of 40 to 50 mph are expected quite widely with gusts of 55 mph or so likely in some of the most exposed coastal areas."

What will the next storm be named?

Evert is the first storm to be named since Storm Darcy back in February 2021, which brought several days of snow, ice and rain.

The Met Office began naming storms after a survey revealed that Brits would be more aware of extreme weather once they were given a name.

Many previous names – including Storm Abigail, Storm Abigail and Storm Doris – have been suggested by the public.

The next storm after Evert will be called Fleur, which will be followed by Gavin, Heulwen and Iain.