The plant-based protein, which primarily consists of vital wheat gluten and faba bean protein, will be tested at about 50 Taco Bell locations in the Dayton, Ohio area starting October 13 before a wider rollout to follow if the test goes well.

"We recognize an opportunity and a gap on our menu, which is plant-based," Liz Matthews, Taco Bell's Global Chief Food Innovation Officer, told Yahoo Finance in an interview. "When you think about the marketplace, there's already been a lot of innovation around plant-based proteins."

"We didn't want to be a sea amongst the same," Matthews added. "We wanted to do something disruptive and different that no one else had done before." 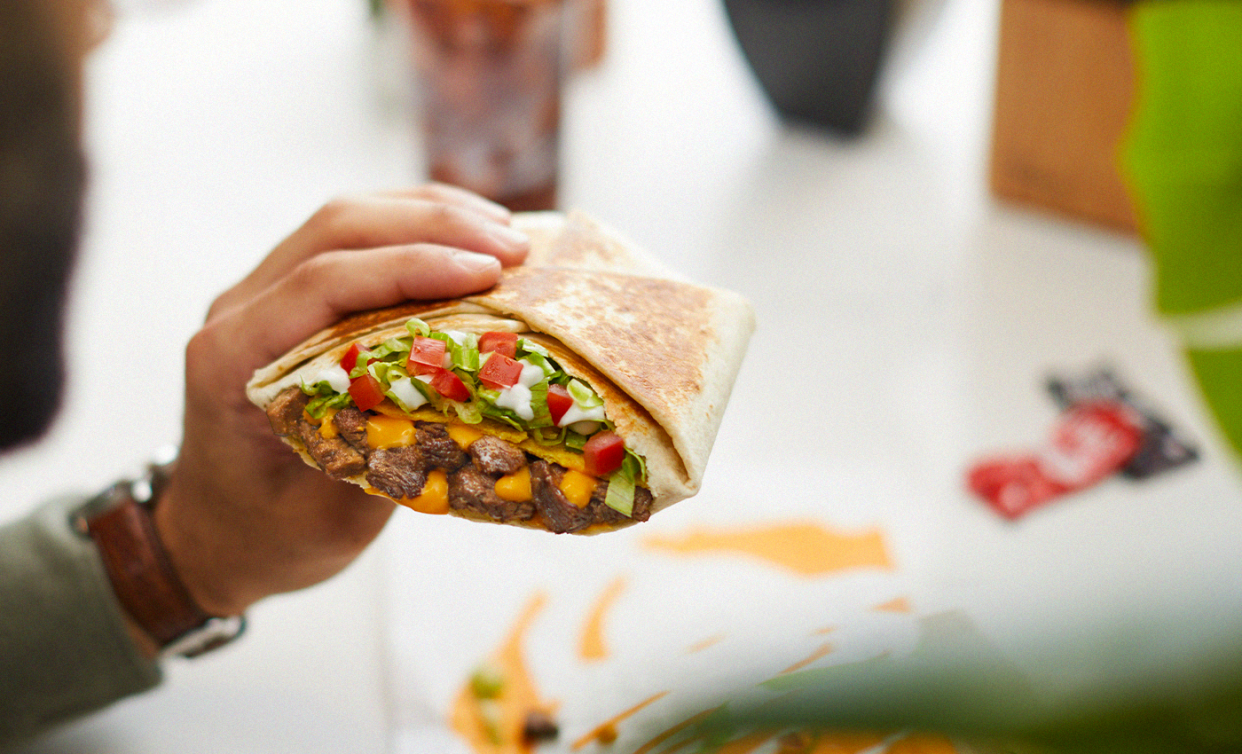 Taco Bell worked in collaboration with Beyond Meat for just under two years "to get it right," she said. "It just took a lot of back and forth and a lot of iterations to get it right. We needed the flavor to be there, the texture, the mouth feel. That's why the commercialization process took so long."

The Beyond Carne Asada Steak will cost the same as the chain's traditional steak option.

"Oftentimes, you see other other brands up-charging for plant-based protein," Matthew said. "Part of our core values is having food that's accessible across all of our restaurants, and we know that part of being accessible is having the right value."

Taco Bell was the only company in the Yum! portfolio to exceed same-store sales estimates with global comparable sales, coming in at +8% versus the expected +4.03%. The chain's U.S. system sales grew 9%, while its International system sales surged a whopping 31%.

"Changes in consumer behavior won't get us off our game if we stick to our formula," Yum CEO David Gibbs said during the company's latest earnings call. "This quarter demonstrates that we can thrive in any environment."

On Tuesday, the company suspended its Chief Operating Officer (COO) Doug Ramsey after he was arrested this past weekend for allegedly biting a man’s nose.

The arrest is just the latest PR headache for Beyond Meat, which slashed its global workforce by 4% and cut its full-year guidance after reporting a wider-than-expected quarterly loss in early August.

"We recognize progress is taking longer than we expected," CEO Ethan Brown stated at the time.

Alexandra is a Senior Entertainment and Food Reporter at Yahoo Finance. Follow her on Twitter @alliecanal8193 and email her at [email protected]

Click here for the latest stock market news and in-depth analysis, including events that move stocks