The Bahamas has become the latest Commonwealth country to signal its intent to hold a republic referendum, and remove King Charles III as head of state, in the wake of the Queen’s death.

Prime Minister Phillip Davis admitted a vote on scrapping the country’s involvement with the British monarchy was on the table – but it would be for the public to decide.

It comes six months after the Prince and Princess of Wales visited Caribbean nations including The Bahamas, and insisted that the Royals’ friendship with them will endure, acknowledging that the former colonies’ relationship with the monarchy was evolving.

As recently as Monday, a spokesman for The Bahamas’ PM described a republic referendum as ‘not an agenda item of this administration at this time’.

However, the premier appears to have swiftly U-turned on this position, according to comments reported by the Independent.

Mr Davis told reporters this week: ‘For me, it always is [on the table] but again it is our people who will have to decide.

‘The only challenge with us moving to a republic is that I can’t, as much as I would wish to do it, I cannot do it without your consent.

In addition to the UK, Charles III now rules in 14 Commonwealth countries that were former dominions of the British Empire, but experts have warned many of these could ‘rush for the door’ following the death of the late monarch.

Indeed, earlier this week, the prime minister of Antigua and Barbuda announced he will call for a referendum on the country becoming a republic within three years. 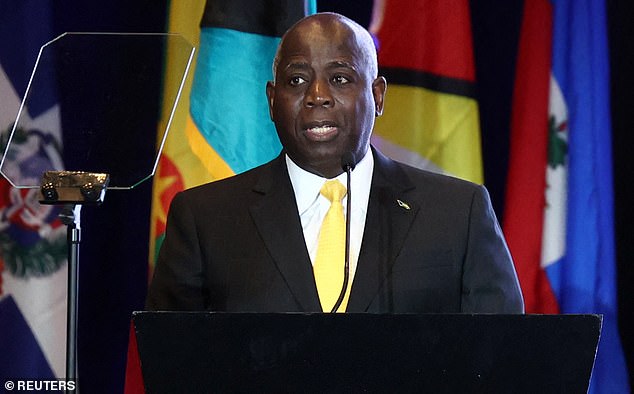 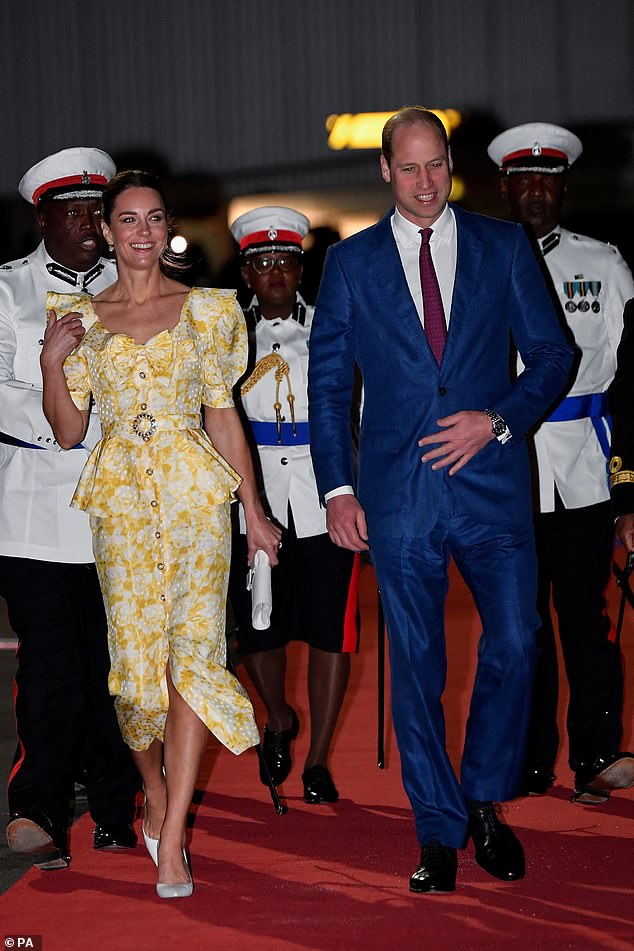 Prime Minister Gaston Browne signed a document confirming Charles’ status as the new King, but within minutes of doing so said he would push for a vote, as indicated during a visit by the Earl and Countess of Wessex earlier this year.

During his visit to the Caribbean in March, Prince William signalled that any decision by Jamaica, Belize and The Bahamas to break away from the British monarchy and become republics will be supported with ‘pride and respect’ in a landmark speech alongside his wife Kate at a glittering state reception.

On the sixth day of their tour of the Caribbean, the future king said the Royal Family ‘respect the decisions’ of such countries when it comes to their future in a nod to the critical ‘colonialism’ commentary and protests that accompanied welcoming crowds.

Since beginning their tour to mark the Queen’s Platinum Jubilee, the Cambridges were greeted like rock stars by the public – but politicians, including the Prime Minister of Jamaica, Andrew Holness, used meetings to make clear in public they will push for the island to be a republic with a referendum this year.

Speaking at the black-tie reception hosted by the Governor General of The Bahamas, Sir Cornelius Alvin Smith, William said: ‘Next year, I know you are all looking forward to celebrating fifty years of independence – your Golden Anniversary.

The position of The Bahamas government appears to have changed significantly in just a number of days.

In a statement to the PA news agency on Monday, Clint Watson, press secretary at the office of the Prime Minister of The Bahamas, said: ‘The Bahamas is in a period of mourning.

‘Our focus is on the death of the Queen, and her legacy and our gratitude for her service. We also welcome the new sovereign, King Charles III.

‘Prime Minister Davis told reporters that any discussion must lead to a referendum of the people deciding as our constitution requires this.

‘This is not an agenda item of this administration at this time.’

As well as movement in The Bahamans and Antigua and Barbuda, Barbados became a republic last year and Jamaica has indicated its desire to follow suit.

Professor Philip Murphy, the former director of the Institute of Commonwealth Studies, said on Tuesday that the movement had already started before the Queen died last week.

‘A movement had already started before she died,’ he told the Times.

The expert said it was being driven by ‘a combination of things like the Black Lives Matter movement, the Windrush scandal and the growing momentum behind the move for reparations for slavery and colonialism’.

He added: ‘If you want to write a history of the world of international relations, certainly since the 1990s, you would be hard pressed to find a reason to mention the Commonwealth.

‘The Commonwealth is so insubstantial it doesn’t have any impact at all, and no one would notice if it disappeared tomorrow, in terms of its practical effects.’

The Queen: All you need to know following her passing and a look back at her 70-year reign