Three of Britain’s most expensive beach huts worth up to £300,000 each are torched at Dorset beauty spot

Three Dorset beach huts have been set alight and 30 more have been broken into in a spate of targeted burglaries and arson attacks, police said.

Three beach huts in Hengistbury Head, Christchurch, which are some of the UK’s most expensive, were destroyed by fire in the early hours of this morning.

Dorset Police were alerted to a report that three beach huts were on fire at 2.40am today by the fire service.

On attending officers established that a further 30 of the 360 beach huts on the picturesque Mudeford Spit had been broken into, with doors and windows smashed. 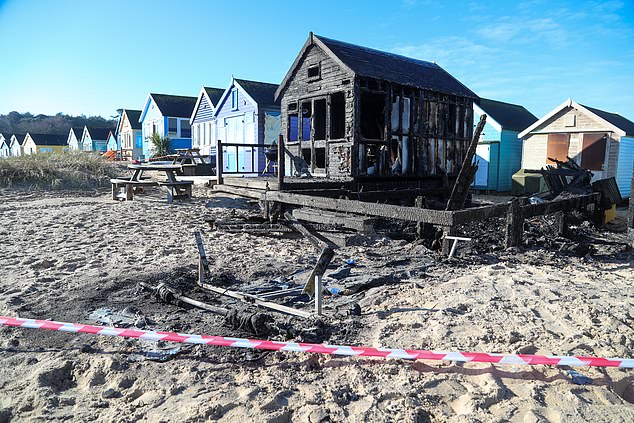 The beach huts in Hengistbury Head, Dorset, which are some of the UK’s most expensive, were burnt beyond repair

It is not known at this time whether anything was stolen.

A website offering some of the huts for holiday lets describes them as ‘pretty much the only beach huts in the country where you can stay overnight’ – thankfully nobody was inside any of the beach huts and no one was injured during the incident.

One hut has been completely destroyed, only a charred shell remains of another and a third suffered extensive damage.

A full investigation is under way and a cordon is in place to allow for a thorough examination of the scene.

Detective Inspector Andrew Kennard, of Bournemouth CID, said: ‘There has been considerable damage caused to a large number of beach huts and I would like to reassure the community that we are carrying out detailed inquiries into the incident. 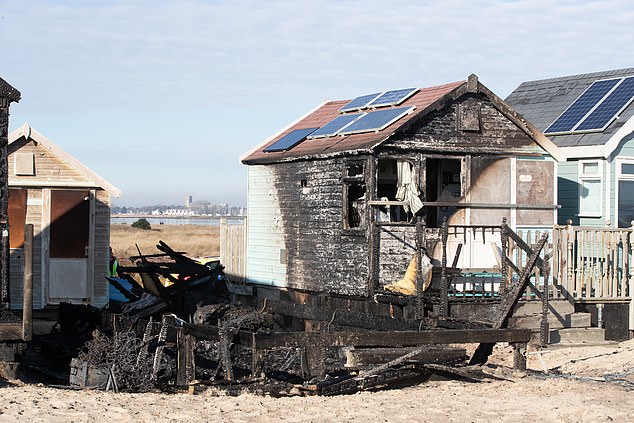 One hut has been completely destroyed, another only a charred shell remains and a third suffered extensive damage. There are around 360 huts on the Mudeford Spit 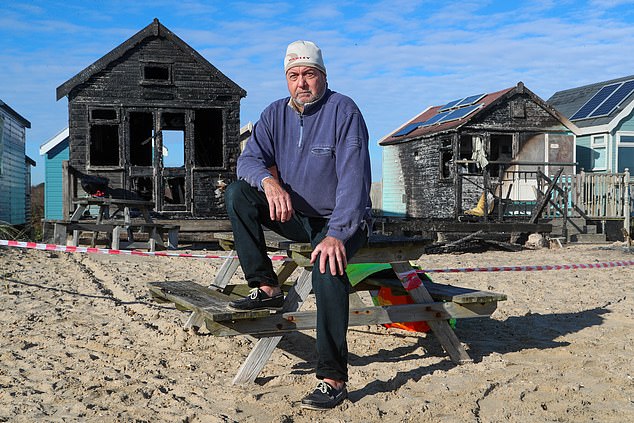 Beach hut owner Stephen Bath. The wooden huts at the desirable Mudeford Spit in Christchurch, Dorset, now sell for about ££325,000 thanks to the picturesque location

‘I am appealing to anyone who was in the area and either witnessed what happened or saw any suspicious activity to please get in touch.

‘I would also urge residents in the nearby surrounding area to check their home CCTV systems for any relevant footage to assist my investigation.’

The beach huts, which offer impressive views of the Dorset coastline, regularly fetch up to £300,000 when they are sold. 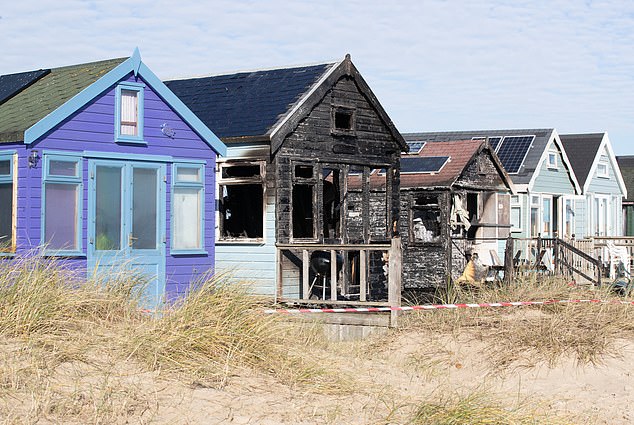 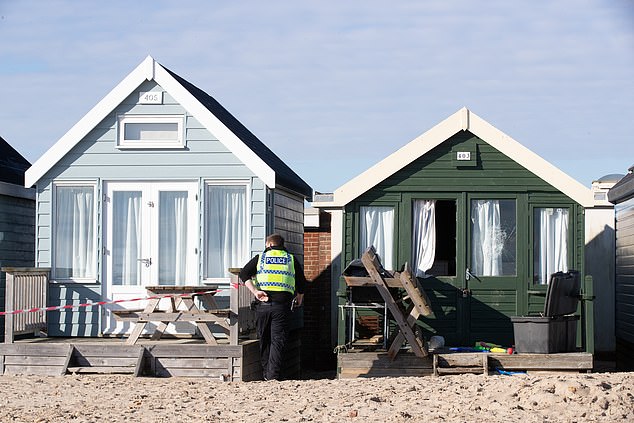