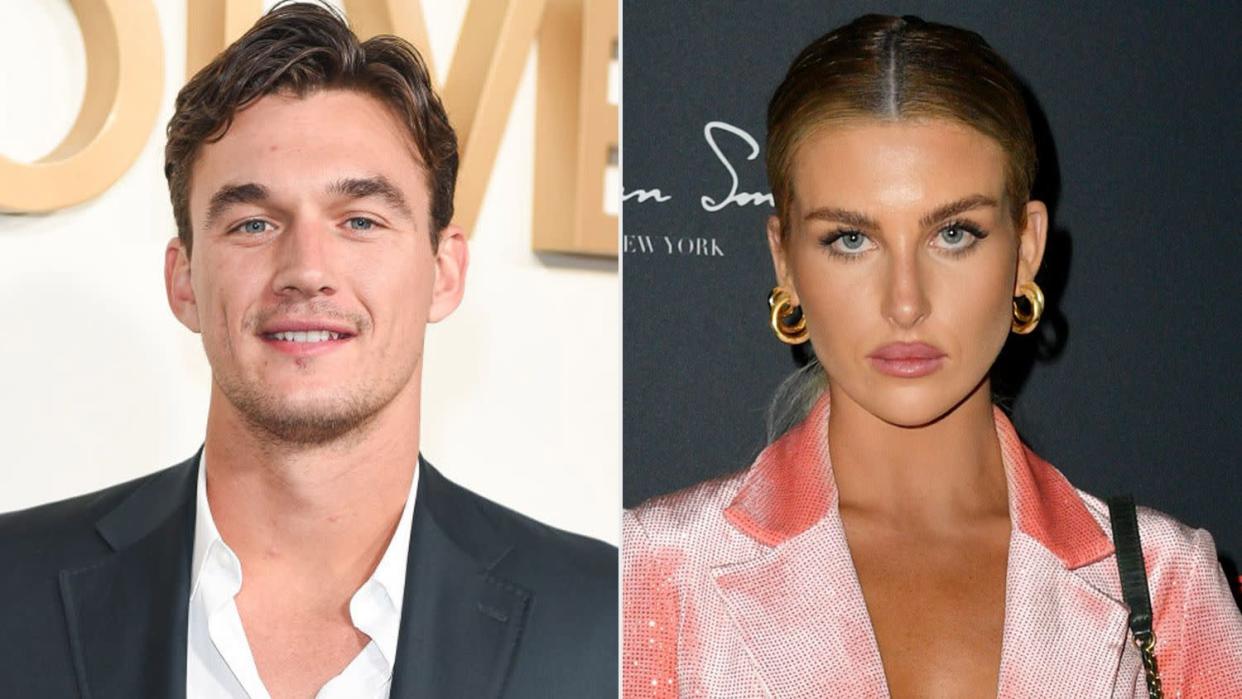 Tyler Cameron and Paige Lorenze set sail on a new, Instagram-official phase of their relationship this weekend!

Just a few weeks after PEOPLE confirmed that TheBachelorette alum and model were dating, the two enjoyed some time together taking in the sea breeze.

In a series of photos posted to Cameron’s Instagram Story, the former Dancing with the Stars competitor, 29, shared a glimpse of a cozy “date cruise” with Lorenze, 24.

In one shot, Cameron is seen holding a wine glass posed in front of a cheese plate. In the next slide, Cameron is holding his leg up beside Lorenze while she takes a sip from her own wine glass writing “@paigelorenze did not approve of this.”

“Neither did Adam Sandler,” he continued.

The reality star then shared a shot of Lorenze seated behind the wheel of the boat with the caption “@paigelorenze loves a back day.”

Cameron then reposted a short video from Lorenze that captured him wading in the water which she posted to her Instagram Story Highlight titled “Nantucket.”

A Bachelor Nation source told PEOPLE last month that the pair “met through mutual friends and running in the same circle. It started casual but it’s heating up and we will likely see more of them together, sooner rather than later.”

This came after Cameron and Lorenze were spotted together over Independence Day weekend in Montauk, New York, and then in Florida in June, according to Page Six.

A source also recently told Entertainment Tonight that the pair “have been hanging out and hooking up.”

RELATED: Tyler Cameron Is ‘Living the Dream’ as He Shows Off His Newly Decorated Florida Home

A representative confirmed their breakup news at the time by saying, “Camila broke off the relationship to focus on her fashion modeling career.”

Meanwhile, Lorenze was previously in a relationship with Armie Hammer. In an interview with Vanity Fair last year, she shared that her decision to part ways with the actor came after he “started making rules for me of things I could and couldn’t do,” and she started to “feel really unsafe and really sick to my stomach about things.”