People have as many stereotypes about dogs as there are distinct breeds: Chihuahuas are nervous; border collies are hyperactive; golden retrievers are great with children; and, most infamous, some large breeds – like the American pit bull terrier and Rottweiler – are aggressive.

But a research paper published on Thursday by scientists studying the link between genetics and dog behaviour suggests that our preconceived notions may be wrong. 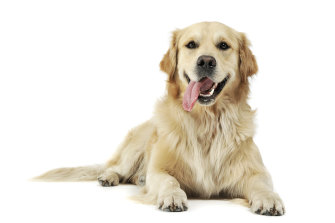 Breed means very little in predicting the behaviour and personality of an individual dog, the researchers found. That appears to be especially true for traits that are most commonly associated with a dog’s personality, qualities such as cuddliness, friendliness toward strangers and aggression.

“What the dog looks like is not really going to tell you what the dog acts like,” said Marjie Alonso, a co-author of the study and the executive director of the IAABC Foundation, the charitable arm of the International Association of Animal Behaviour Consultants.

The study, published in Science, looked at the genes of more than 2000 dogs paired with 200,000 survey answers from dog owners about their pets’ behaviours. The researchers examined data only on dogs that live primarily as companion animals and did not study how genes influence working dogs bred to perform specific tasks.

Breed accounted for only about 9 per cent of behavioral variation in individual dogs and no trait was unique to a single breed of dog, the study found. The researchers speculate that much of the rest of the differences between dogs comes down to individual experiences, training and other environmental factors. 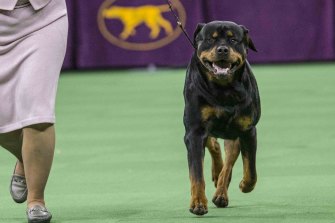 “We do think nearly all the traits are influenced by both genetics and environment,” said Elinor Karlsson, a study author and a professor at the University of Massachusetts Chan Medical School and the Broad Institute.

Although some traits appeared to coincide with existing beliefs about breeds, others contradicted deep-seated stereotypes. Labrador and golden retrievers, on average, scored high on “human sociability” – a measure of how receptive a dog is to unfamiliar people.

That finding goes hand-in-hand with those breeds’ reputations as friendly dogs. But American pit bull terriers, a breed that has been outlawed in some cities and is often not allowed to live in apartment complexes because of the belief that it is aggressive and destructive, also scored high on human sociability, the study found. 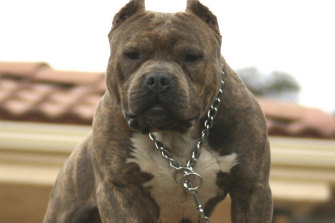 “We knew what we were finding wasn’t lining up with people’s stereotypes and what they feel is their lived experience with dogs,” Karlsson said.

Some traits were more likely to be associated with certain breeds – but those largely had to do with functional behaviours such as howling, pointing, retrieving, herding and playing with toys.

On average, beagles and bloodhounds are more likely to howl. German shorthaired pointers are more likely to point. Herding breeds tended to be more biddable – or easily trained – and played with toys more than other breeds. And, predictably, breeds classified as retrievers had a greater propensity to retrieve than other types of dogs.

Still, many individual beagles rarely howl, and some golden retrievers refuse to fetch; a dog’s breed does not guarantee any specific behaviour, the study found. 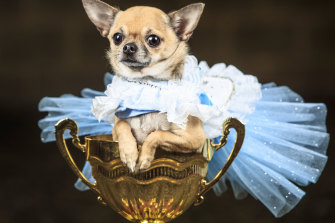 No size limits on personality. Pictured: a Chihuahua.Credit:PA

Traits such as howling and herding are classified as “motor patterns” in the study, and those behaviours existed in dogs long before modern breeds emerged about 200 years ago in the Victorian era.

“Motor patterns existed before dogs did and existed in the first dogs that were scavenging off of human refuse,” said Kathryn Lord, a postdoctoral researcher at the University of Massachusetts Chan Medical School and another author of the study.

The first dogs to exist evolved from wolves more than 2000 years ago and developed traits that helped them live alongside humans, where they could survive by eating people’s food scraps rather than by hunting.

Humans helped promote desirable traits in the earliest dogs by feeding and caring for them, which helped useful dogs live longer and produce more puppies. Only in the past 200 years have people begun selecting specific physical traits to produce dogs that belong to our modern breed categories.

The study’s authors said dispelling stereotypes about our dogs may help people make better-informed choices when picking pets and also may affect breed-specific laws and policies that prevent people from owning certain dogs.

“There are some breeds that are both fairly and unfairly judged,” Alonso said.