Officials in Arizona, California and Nevada have agreed to a new water conservation plan in an effort to stabilize the water level of Lake Mead, which in June fell to its lowest point in history.

The 500+ Plan, announced Wednesday and created with help from the U.S. Bureau of Reclamation, features a funding pool of $200 million, which can be paid out to communities in the three states that can contribute to Lake Mead's water level.

Lake Mead, the largest reservoir in the U.S., is crucial as a water supply to farms, cities and power generators. But ongoing drought conditions have pushed it and the Colorado River system to extremely low levels.

The plan also calls for the use of new water conservation systems, temporary holds of water in the lake to be released and used by all, and voluntary, temporary and compensated reductions in water usage. 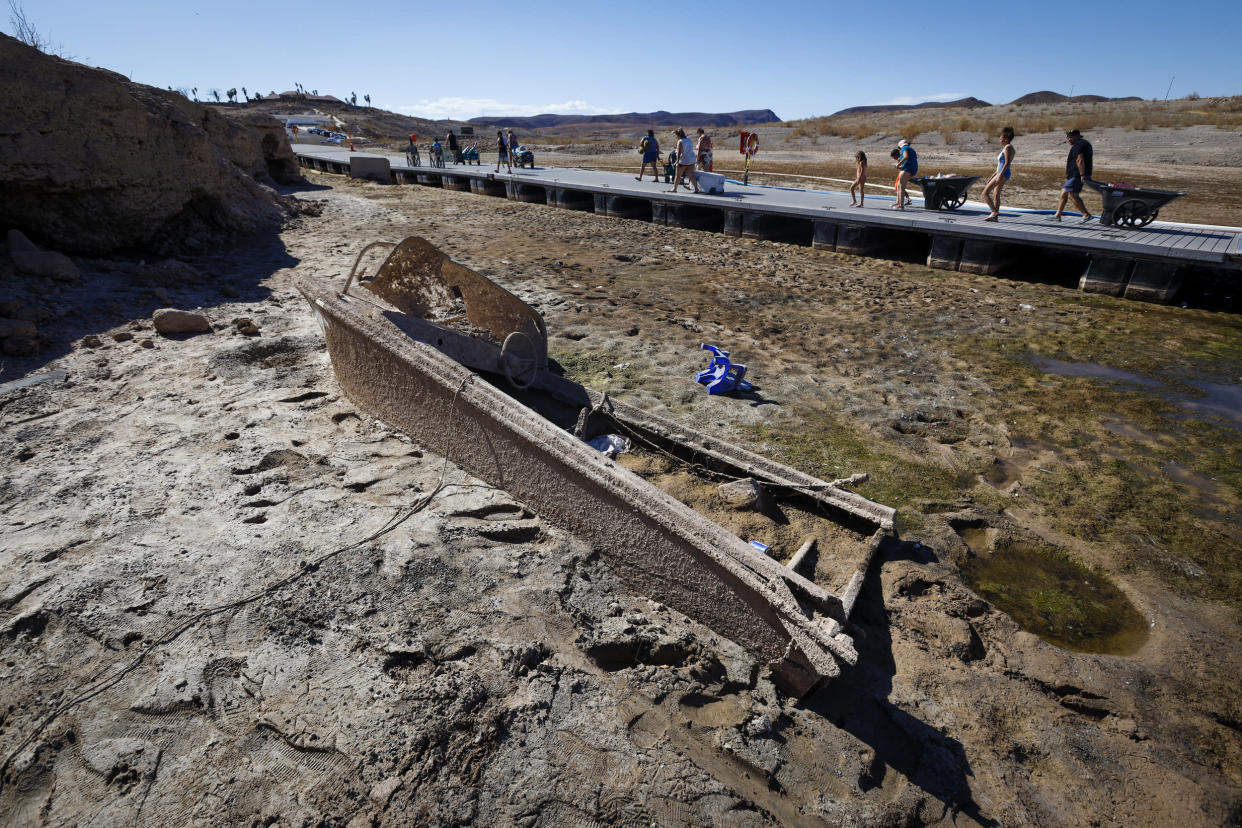 In a joint news release from the states, they said the water expected to be conserved is “enough water to serve about 1.5 million households a year” and “would add about 16 feet total to the reservoir’s level.”

The new plan goes beyond previous water conservation guidelines, including the drought contingency plan, or DCP, an agreement reached just two years ago. A separate plan that was initially reached in 2007 is set to be renegotiated in 2026, but Lake Mead’s decline spurred quicker action.

“We had hoped the contributions made under the DCP would be enough to stabilize Lake Mead while we seek longer-term solutions to the challenges on the Colorado River,” said Adel Hagekhalil, general manager of the Metropolitan Water District of Southern California. “But they aren’t, which is why we are moving forward with the 500+ Plan.”

The plan, which would start early next year, includes hundreds of millions of dollars in funding and a shared goal to conserve an additional 500,000 acre-feet of water per year or more on top of the previous agreements. An acre-foot is how much water it takes to flood an acre of land with one foot of water, or about 326,000 gallons.