Home » World News » Who is Emmanuel Macron? – The Sun

He is fighting to serve a second term in the 2022 presidential elections, here's everything you need to know about Emmanuel Macron. 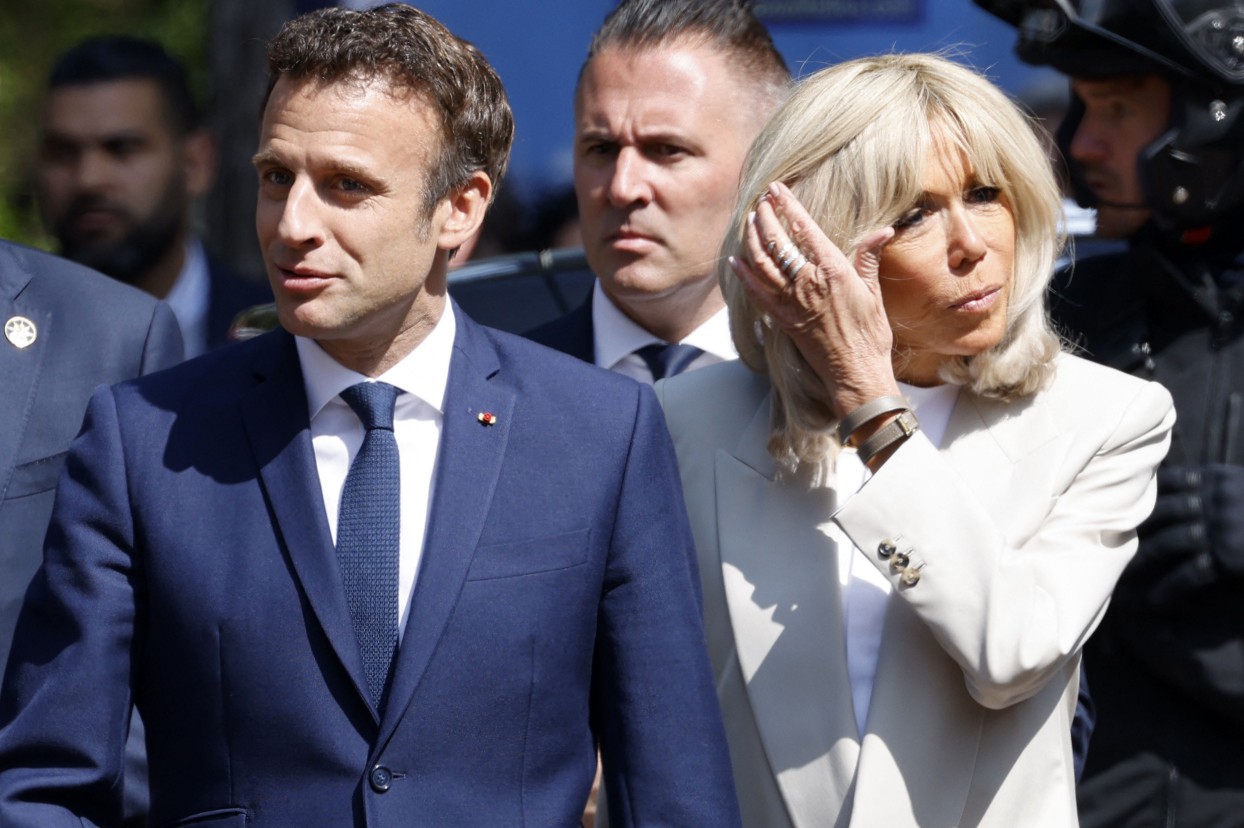 Who is Emmanuel Macron?

Emmanuel Macron, 44, won the 2017 French presidential election for his centrist party La République En Marche! (On the Move) in May 2017.

He came to power at the age of 39, making him the youngest president in the history of France.

In the 2022 election he hopes to defeat far right candidate Marine Le Pen.

While Macron has been a divisive character during his time in office, Le Pen has an uphill battle to topple the serving president.

Covid and the cost of living crisis have tainted his presidency and voters have complained that many of Macron's election promises have failed to come to fruition.

Macron used to be an investment banker and economy minister under Socialist François Hollande.

He was even dubbed the outgoing president's political protégé before he broke away and founded En Marche! in April 2016.

Macron cast himself as a maverick outsider to the political system, but he was criticised for detailing very few policies during the campaign.

At the age of 15, Macron’s parents, both doctors, sent him to Paris to finish high school in an attempt to break up a relationship with his teacher, Brigitte Trogneux – 24 years his senior.

Macron and Trogneux stayed together and have been married for nearly 15 years.

Who is the First Lady Brigitte Trogneux?

Brigitte Trogneux, 68, is the youngest of six children.

In June 1974, Trogneux married the banker Andre-Louis Auziere and the couple had three children together.

Emmanuel Macron met his future wife when he was just 15.

When Macron hit the limelight, footage of him kissing his future wife on the cheek – when he was a teen and she was his married teacher 25 years his senior – emerged.

Macron shared a classroom at a Catholic school with Brigitte's daughter Laurence, who is the same age as Macron.

The politician's parents were stunned when they learned that Macron was romantically involved with his teacher; they believed their son was actually in love with Laurence, Reuters reported.

Writer Anne Fulda, who penned the book Emmanuel Macron: A Perfect Young Man, spoke to the politician’s parents about the unconventional romance which happened while Brigitte was still married to the father of her three children. 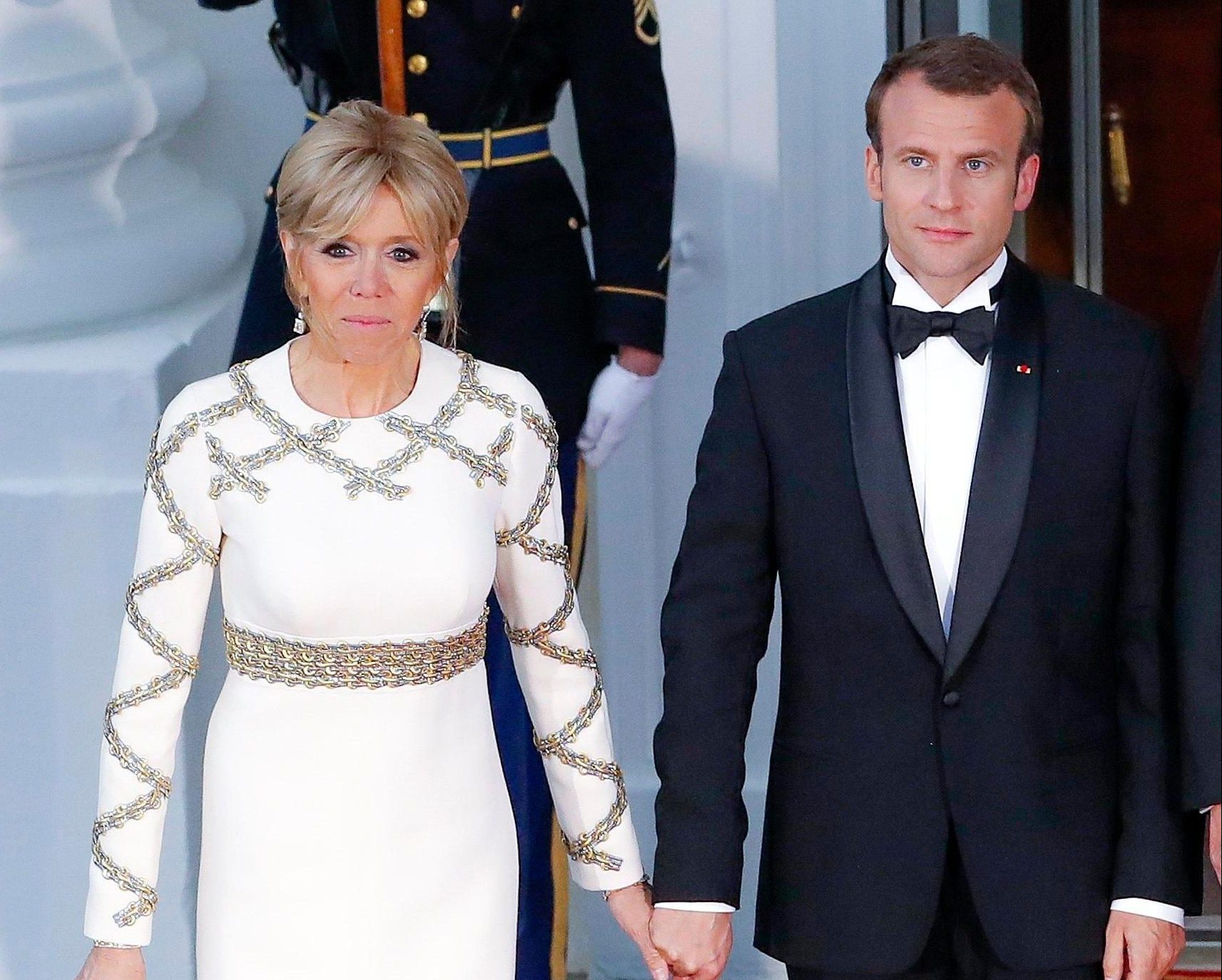 Macron’s mother told Fulda at the time: “We couldn’t believe it.

"What is clear is that when Emmanuel met Brigitte we couldn’t just say: ‘That’s great.'"

The woman who was to eventually become France’s next First Lady told Macron’s parents: “I cannot promise you anything,” when she was told to stay away from the teen, Reuters reported.

Brigitte last year confirmed to Paris Match magazine that Macron vowed to marry her when he was just 17-years-old.

The president married his wife in 2007 after Brigitte’s previous marriage ended in divorce.

Macron is now the step-dad to his wife's three adult children, including her son, Sebastien, who is two years older than Macron.

Daughter Tiphaine, 30, is a lawyer who also works on her step-father's campaign.

Macron does not have any biological children with his wife, although he is also the step-grandfather of Brigitte’s seven grandchildren. 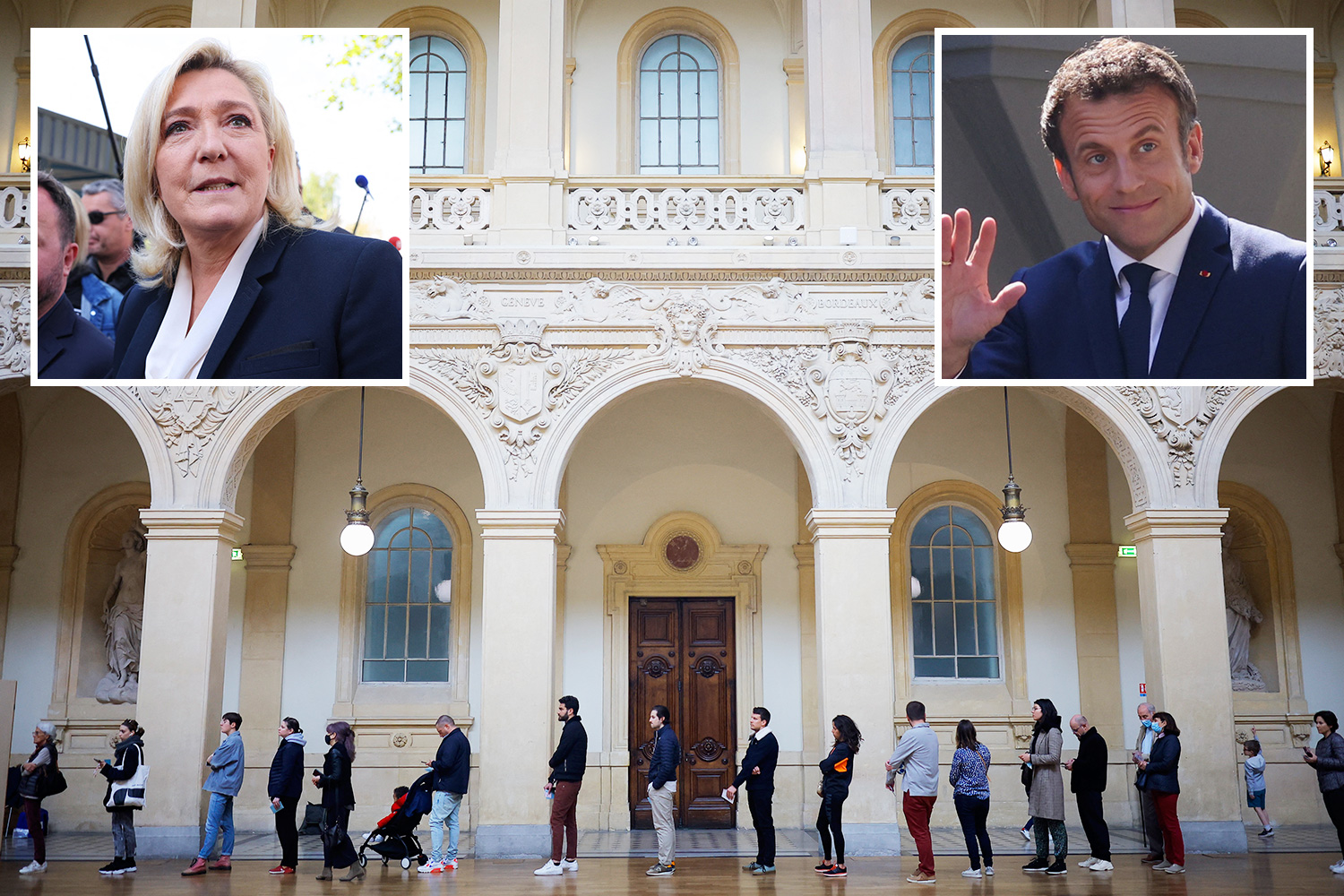 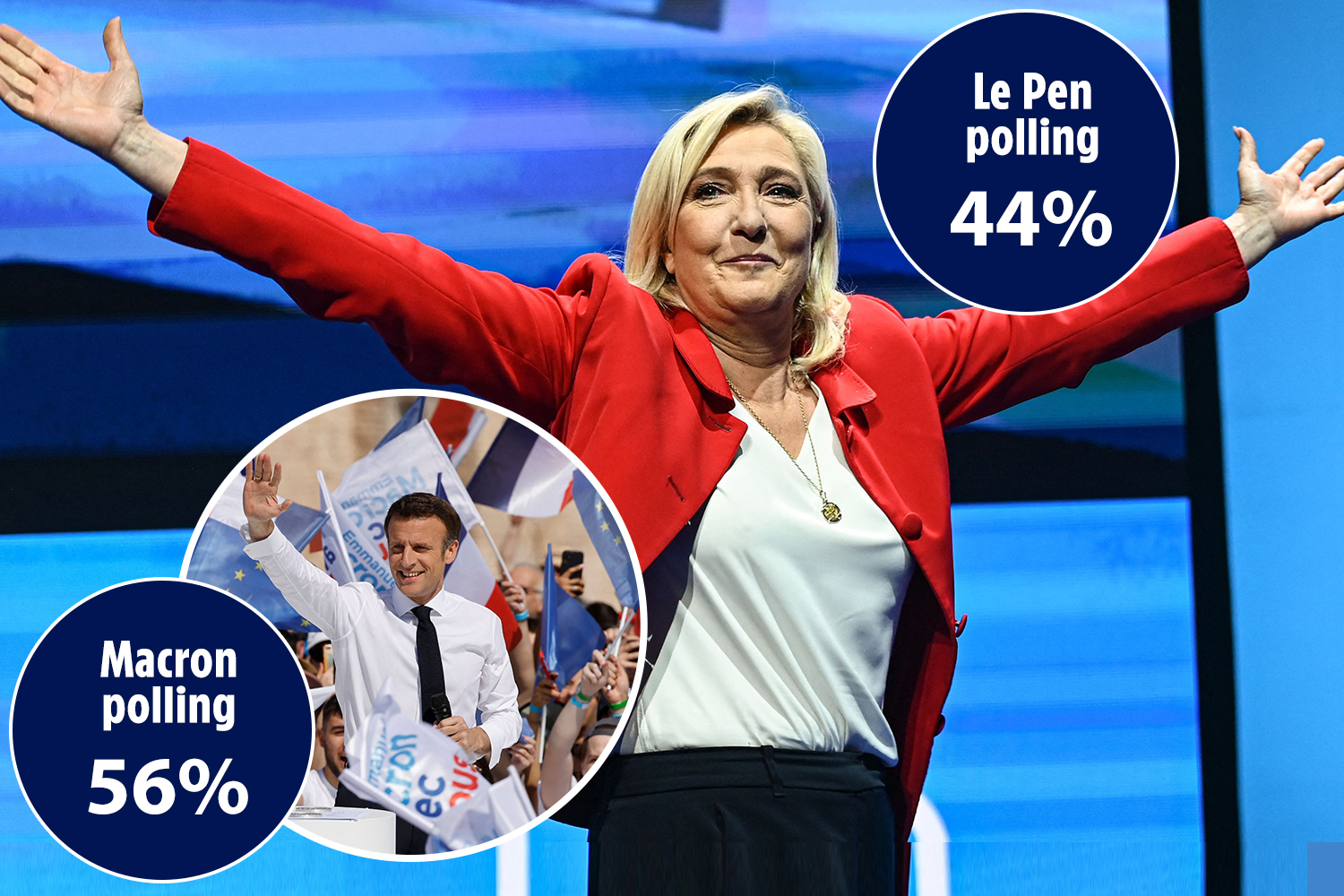 They call her racist – but could Marine Le Pen become France's next President? 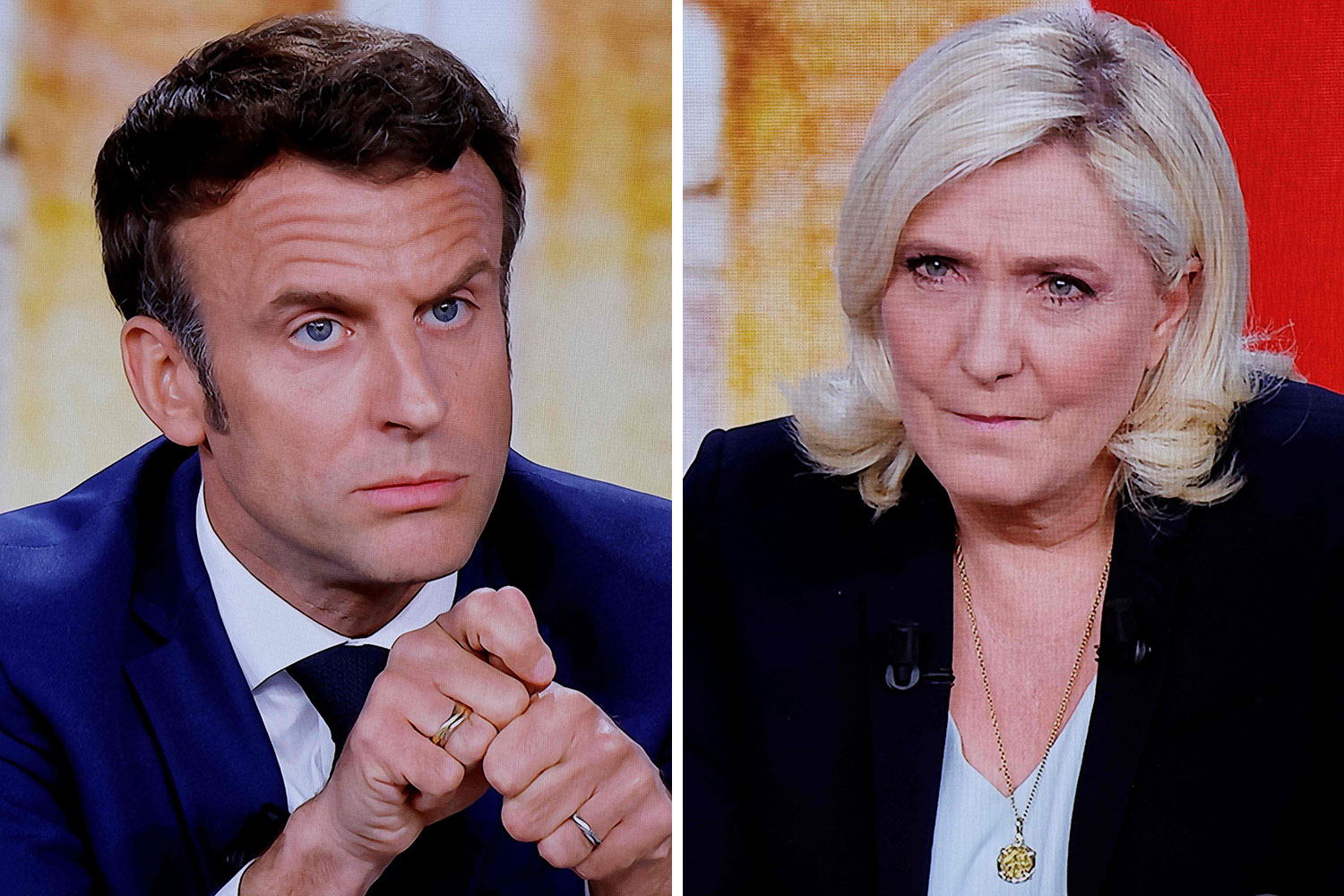 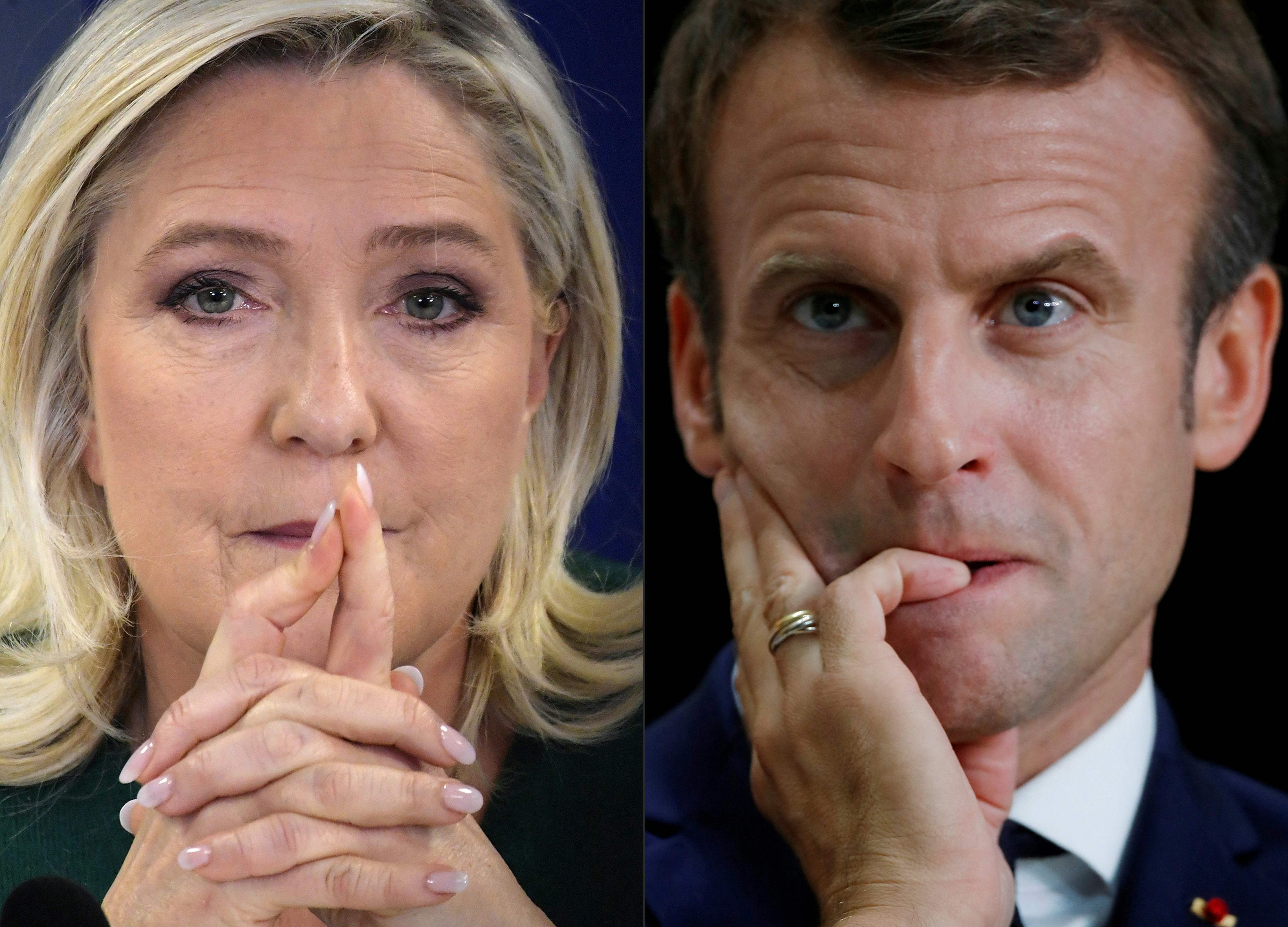 France could be next to QUIT the EU, Macron warns

When did he found the group 'En Marche!'?

En Marche! was founded on April 6, 2016, by Emmanuel Macron and means "Forward!" in English.

The president described his new party as a progressive movement aimed at uniting both left and right.

It is an avowedly pro-European organisation that won an absolute majority in the national assembly following defections from other parties in France.

After Macron was elected president they changed the party to La République en Marche!.

What were some of Emmanuel Macron's policies in 2017?

Macron was frequently criticised for failing to provide detail about his policies.

The pro-EU candidate has repeatedly said he wants to create a new kind of politics without party structures, although how this would be done is unclear.

Among the policies, he detailed a ‎nearly $54billion investment plan for job training, a shift to renewable energy infrastructure, and modernization.

He also pledged to cut corporation tax, reduce unemployment from 9.7 percent to 7 percent, and introduce local housing tax exemptions worth around $11billion.

Macron has also proposed a ban on under 15s using phones in school, which was imposed in September 2018.

In June 2018, Macron announced plans to bring back compulsory national service for young people in France to "teach them discipline."

All 16-year-olds would have to take part in some kind of civic duty by enrolling in the army, air force, or navy.

How was Macron elected President of France in 2017?

Emmanuel Macron and anti-immigration leader Marine Le Pen began a final duel for the French Presidency on April 24, 2017, after the first round of voting knocked out the Republican and Socialist candidates.

This battle is repeated in 2022, with Le Pen returning as the competing candidate.

The pair squared off in a TV debate just days before France headed to the voting booths, with a survey taken almost immediately afterward finding 63 percent of people found Macron was the most convincing, versus 34 percent for Le Pen.

Going into the final vote, pundits and pollsters expected a comfortable win for Macron, after an election campaign that left France bitterly divided.

When the results were announced, Macron emerged as the victor with 65.5 percent of the vote.

How did Macron's party do in the 2017 parliamentary election?

Macron gained a huge majority in the French Parliament for En Marche! in June 2017.

Results from the first round of voting showed them winning 32.32 percent – a figure that translated to as many as 430 places in the 577 seat parliament.

This compares to 9.5 percent of the vote for the Socialist Party (PS), which had just spent the last five years running France, with Francois Hollande as President.

The result had huge implications for Brexit, placing Macron – who vowed to enforce a “hard Brexit” – and his party firmly in the country’s driving seat.

Le Pen blamed a “catastrophic abstention rate”, which saw just over 50 percent take part in the election – the lowest figure in the history of the Fifth Republic.