Victoria’s title as the world’s most locked-down city is the result of two key factors: public policy choices and bad luck. Melbourne’s climate may have played a part as well.

The state government has aimed for elimination since early in the pandemic. This has led to long, tough lockdowns, which may have sapped the city of the will needed to fight the current Delta outbreak. 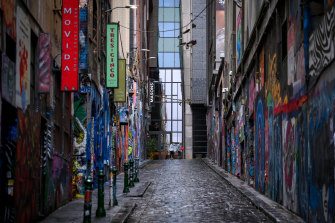 Melbourne’s lockdown is due to end by the end of October.Credit:Eddie Jim

And the state had a run of bad luck. Outbreaks have seeded among the city’s most vulnerable and have taken off when in other states they have simply fizzled out.

“There are shortcomings in the health system. Mistakes were made – the hotel quarantine stuff. But there’s also bad luck.”

On Tuesday, Melbourne will become the most-locked-down city in the world, topping Buenos Aires’ 245 days under lockdown.

Melbourne’s lockdown can be separated into two outbreaks: the first 111-day stretch between July 8 and October 28 last year, and then an ongoing lockdown since August 5 of this year, which has now reached 60 days.

The city also did a 43-day lockdown, along with much of the rest of Australia, in March last year, and has endured three additional snap lockdowns.

“It’s quite obvious to me: we had a strategy, since the beginning of the pandemic, of very tight suppression, if not elimination. And we did that last year, very successfully. And it got us nine months of COVID-free life,” Dr Ait Ouakrim said.

Compare this strategy with NSW, which chose to largely stay open in 2020 and early 2021. Its largest outbreak, the Northern Beaches cluster, fizzled after 151 cases; authorities locked down only the area at the centre of the outbreak.

Victoria’s policy had its pros and cons, epidemiologists said. Most obviously, it prevented the enormous mortality of an out-of-control outbreak. 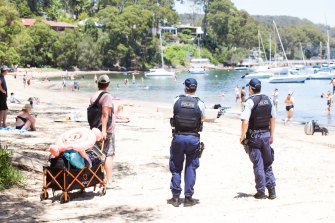 Australia sailed through a global pandemic that has killed 4.5 million people (the true number is likely to be much higher) with no excess mortality.

“It’s very frustrating to hear people say, ‘We did it for nothing.’ No. We did it to prevent a lot of death, a lot of disability,” Dr Ait Ouakrim said.

However, the decision to drive COVID-19 into the ground in 2020 may have backfired when Delta arrived on the scene.

Melbourne left lockdown on October 28 last year. It had been more than a month since the city had recorded more than 20 new cases; it had recorded zero cases three times in the previous week. About a third of all days spent under lockdown registered fewer than 20 cases a day.

Professor Catherine Bennett, chair of epidemiology at Deakin University, wonders if that decision sapped Melbourne of the strength to go into lockdown again, when Delta arrived.

“Contact tracing was enough. You could control the variant that was circulating. We had choices – and the choice was taken to not only go to zero, but to stay there for longer than anywhere else in the world. I can’t imagine any other country would have stayed in lockdown for more than 30 days, with 15 cases or less at most.”

Mobility data suggests Melburnians are moving around perhaps 10 to 15 per cent more than during last year’s lockdown.

“What we’re seeing is not lockdown fatigue, but lockdown ‘adaptation’,” said mobility analyst Rohan Byrne. “We’ve decided as a community which rules we’re comfortable bending, and we’re bending them consistently.

This adaptability may also be showing up in the state’s “transmission potential” – a measure of the virus’s ability to spread, tracked for the federal government.

NSW managed to bring its transmission potential to 1, and now below 1, at the start of September. Victoria’s remains stubbornly at 1.14, and has not budged for a month.

Then there’s the bad luck.

Modelling suggests, pre-Delta, a new case had a roughly 50 per cent chance of fizzling out by itself.

NSW and Queensland have had nearly twice the number of hotel quarantine breaches as Victoria, per COVIDlive.com, yet it was Victoria’s breaches that set off the second wave.

In Victoria, outbreaks in 2020 and 2021 struck in the north and west, where there are bigger families, more people working in jobs that mean they cannot stay home, a younger and more mobile population, more disadvantage and lower levels of vaccination.

“It is quite challenging for people who are less socio-economically advantaged who have to continue working in the community during a lockdown,” Associate Professor James Wood, a mathematician at the University of NSW’s School of Public Health and Community Medicine, told The Age in September.

“Often their workloads can increase and it’s quite difficult to reduce their numbers of contacts, without shutting down quite important industries.”

Sydney’s 2021 Delta outbreak really took off when it hit similar populations: essential workers in the city’s southwest and west.

“I think it’s part of a global pattern. Temperate cities, further from the equator, in winter, have a considerably bigger issue with COVID than tropical regions and less-populated ones. That’s led to us having more problems overall.”

Professor Trauer also pointed to NSW’s failure to control its 2021 outbreak, which then seeded new cases into Victoria.

“We’ve actually done pretty well. Considering everything Victoria has been up against [including] a delayed vaccination program [and] lack of adherence to the national strategy.”

Liam Mannix’s Examine newsletter explains and analyses science with a rigorous focus on the evidence. Sign up to get it each week.