Victorians will pay more for cherries, plums and peaches this Christmas as heavy rain and hail in the state’s fruit-growing regions dents the summer harvest.

As well as being more expensive one farmer warns the stone fruit that does make it to the shelves may not be “as sweet as it used to be” as lower temperatures affect the flavour. 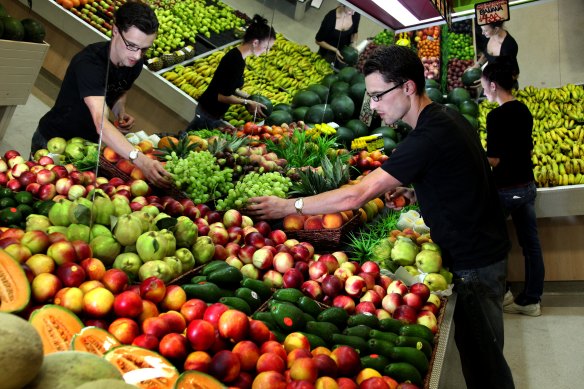 The price of summer stone fruit is expected to rise in the wake of the floods and big hail storms.Credit:Phil Hearne

The record wet weather through spring has already delayed the start of Victoria’s stone fruit season, with industry group Summerfruit Australia describing the growing conditions in Shepparton, Swan Hill, Mildura and Cobram as the worst in recent memory.

Goulburn Valley growers say a heavy hailstorm swept across the region on Melbourne Cup day causing extensive damage to fruit, just as they were recovering from floods that inundated orchards.

Shepparton East fruit grower John Pottenger said about half his apple, pear and plum orchards were flooded by the Broken River last month. 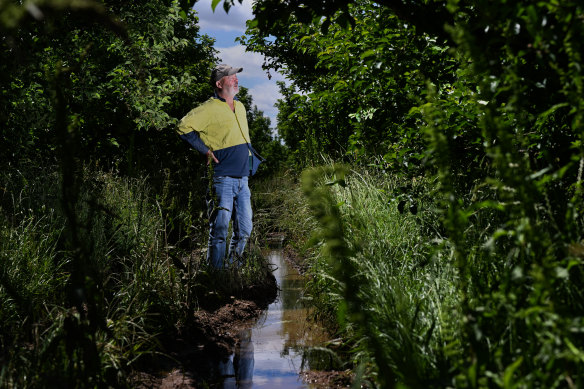 “We were underwater for three days,” he said.

Water remains pooled between the orchard rows at Pottenger’s farm, making it near impossible to thin the trees to promote growth in the fruit.

In addition, Pottenger predicts hail damage will result in 50 per cent lower fruit yields in some parts of his orchards.

“This is unprecedented. I’ve never seen a spring like it,” he said.

“It’s all going to contribute to a food inflation story that’s already at record highs,” he said.

Harvey, who expects prices will peak next year, said it remained unclear how badly the horticulture sector would be affected by the weather.

Last year, general growing conditions were more favourable, but many farmers struggled to hire enough workers to pick their fruit in the wake of Australia’s strict border policy at the height of the COVID-19 pandemic.

Koala Cherries managing director Michael Rouget said the cold spring delayed the harvest, while wet weather had increased the risk of cracked skin on the fruit. 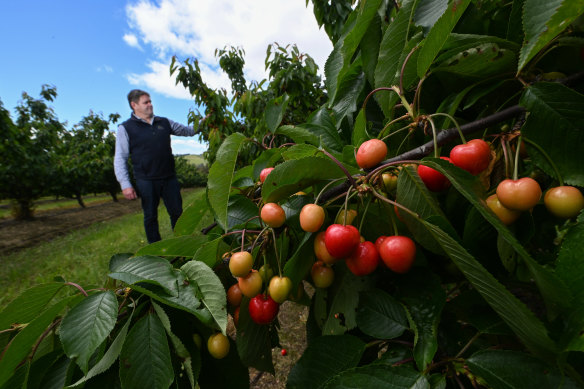 He expected yields may be down this year due, but an increase in backpackers had at least helped the Yarck business expand its seasonal workforce to pick the fruit.

Rouget said cherry growers were hoping current rain would give way to warm stable weather, so they could begin harvesting without the risk of damaged fruit.

“We’re definitely nervous,” he said. “The biggest worry for every cherry grower in the country is the wet weather pattern.” 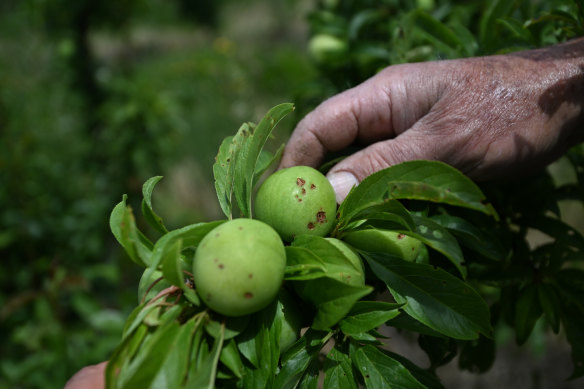 Goulburn Valley fruit grower Peter Hall expects a 20 per cent drop in his yields this year.

“The hail is devastating for fruit,” he said. “They’ll start to split.”

While early stone fruit is in lower supply, Taylor said the retailer was optimistic the quality, taste and availability of produce would not be “significantly impacted” in summer.

Woolworths has also warned of a delayed start to the stone fruit season. However, the company would not confirm whether recent disasters would increase prices.

In one positive for consumers, mangoes could be much more affordable, as supply has remained stable.

Michael Crisera from Fruit Growers Victoria said Shepparton, Bunbartha and Ardmona in the Goulburn Valley were hit particularly hard by the hail.

He said retail prices should rise for growers to recoup their costs and prevent them running at a loss.

“Everybody’s watching their costs spiralling out of control,” Crisera said.

Nathan Free grows fruit and vegetables at Lake Boga in north-west Victoria and said it was likely he would produce 50 per cent less than usual this season.

“Crops aren’t used to heavy rain, particularly at this time of year,” he said. “These conditions are very unfavourable.”

Free said in many places farmers were unable to get out onto their land because it was so wet. He said lower temperatures would also affect the taste of fruit.

“Consumers should expect fruit that is not as sweet as it used to be.”