ADRIAN THRILLS: Still crazy (but utterly brilliant) after all these years… it has to be Bjork

THE CULT:  Under The Midnight Sun (Black Hill)

BUSH: The Art Of Survival (BMG)

Maybe one day, Björk will give us an album that will fill dancefloors like Madonna, or give Harry Styles a run for his money in stadium-pleasing bangers.

She might even come up with a few songs you can sing in the shower. Fossora, it should be said now, is not that record.

The Icelandic maverick’s two most recent releases, Vulnicura and Utopia, had only a fleeting relationship with traditional verses and choruses. The former was a gloomy break-up album inspired by the end of her relationship with American artist Matthew Barney. The latter, a pastoral affair about finding new love, was dominated by flutes.

Fossora, on first hearing, isn’t for the faint-hearted either. It begins with clattering beats and honking clarinets. It contains a wordless choral interlude and some tracks that cry out for a decent tune.

Björk, who wore a dress apparently fashioned out of a de-boned swan to the Oscars in 2001, isn’t one for middle of the road moves, and Fossora is sometimes a challenging listen. But it’s a fascinating piece of work that will worm its way under your skin.

There are two main strands to the music. The first is a variation on gabber, a brash branch of techno that originated in Holland. 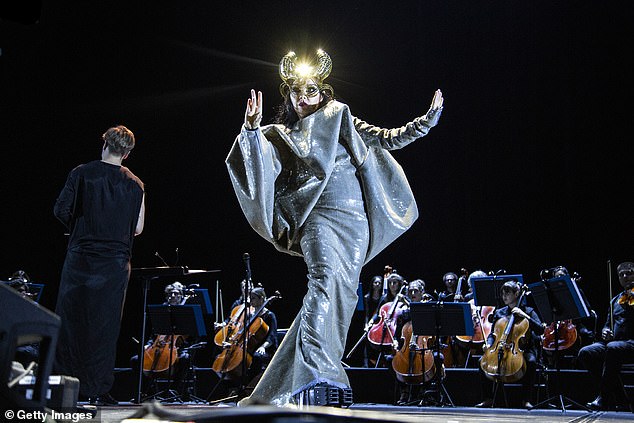 Björk, who wore a dress apparently fashioned out of a de-boned swan to the Oscars in 2001, isn’t one for middle of the road moves, and Fossora is sometimes a challenging listen.

The second is a more conventional (if such a word can ever be applied to Björk) strain of classical chamber music featuring trombone, timpani, woodwind and pizzicato strings.

Track of the week

DO I LOVE YOU (INDEED I DO) by BRUCE SPRINGSTEEN

THE Boss gets straight to the heart of Frankie Wilson’s up-tempo Motown standard, once a favourite on the northern soul scene. An excellent taster for next month’s covers album, the track is seasoned with chimes, organ and rasping sax.

On certain songs, including Fungal City, a duet with New York singer Josiah Wise (aka Serpentwithfeet), she tries to perform both styles simultaneously. The track opens with a delicate clarinet motif before the thumping beats of Indonesian dance duo Gabber Modus Operandi take it somewhere else entirely.

There are intriguing lyrical themes, too. The album title is the feminine form of the Latin word for digger, and Björk uses images of the undergrowth — moss, mushrooms, moles and the ‘sunken mystery’ of the forest floor — as metaphors for death, decay, new life and her family roots.

There are two songs about her mother, Hildur Rúna Hauksdóttir, who died in 2018 after a long illness, and one apiece featuring her two children. Getting your kids to sing on your records isn’t usually a good move, but here it chimes perfectly with Fossora’s familial undercurrents.

The tracks about Björk’s mother are particularly affecting. ‘Into sorrowful soil our roots are dug,’ she laments on Sorrowful Soil, a eulogy that sounds like a piece of Renaissance plainsong. ‘You did well,’ is her affectionate conclusion. Her son, Sindri, accompanies her on Ancestress. 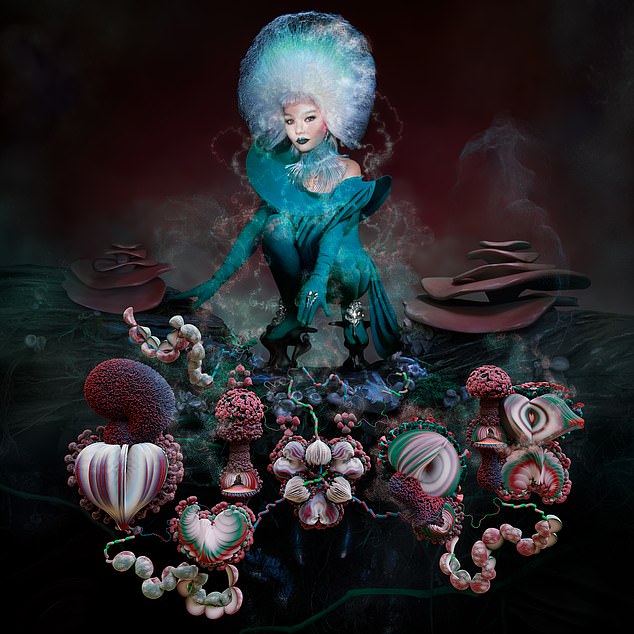 Fossora, on first hearing, isn’t for the faint-hearted either. It begins with clattering beats and honking clarinets

Her daughter Ísadóra, 20, guests on the superb Her Mother’s House, a gentle, melodic number about the roots-and-wings principle of parenting. Norwegian singer Emilie Nicolas also supplies a wonderful cameo on Allow, a jazzy piece that sees the return of Utopia’s ‘flute club’.

In her desire to push forwards, Björk sometimes goes too far. But Fossora, held together by her somersaulting voice, and set to become her first Top 10 album in 15 years, is a record like no other we’re likely to hear all year.

This week also offers rich pickings for those who’d rather lose themselves in crunching guitars. The Cult’s first album in six years signals a move away from Stateside-friendly heavy metal and a return to the more Anglicised sound of 1985’s gothic rock classic She Sells Sanctuary.

Singer Ian Astbury and guitarist Billy Duffy haven’t always been the easiest of bedfellows, but they are on the same wavelength on Under The Midnight Sun.

Astbury came up with the title after watching clips of a midsummer festival the group played in Finland in 1986 — where the sun never set — and throwbacks to their early years abound. 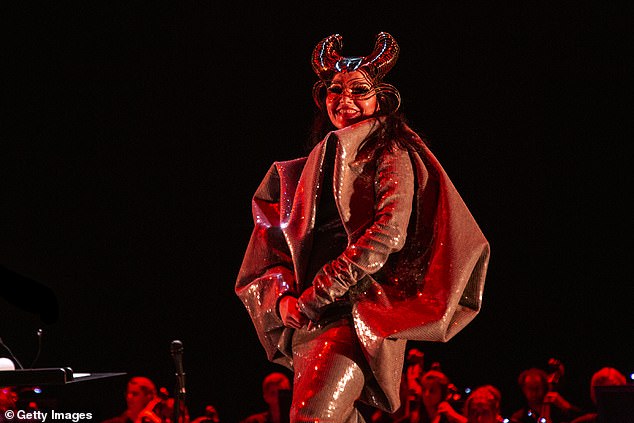 Maybe one day, Björk will give us an album that will fill dancefloors like Madonna, or give Harry Styles a run for his money in stadium-pleasing bangers. Fossora, it should be said now, is not that record.

The band, originally from Bradford but now based in LA, recorded at Rockfield Studios in Wales for the first time since the 1980s, and there’s a distinct post-punk punch to tracks such as A Cut Inside, on which Duffy’s shimmering chords conjure up memories of the late John McGeoch, once the guitarist with Siouxsie & The Banshees and Magazine.

More grandiose leanings are also evident. Outer Heaven, garlanded with strings, is overwrought. But the title track is sly and seductive, and Knife Through Butterfly Heart shows just why director Oliver Stone tried (unsuccessfully) to recruit Astbury to play singer Jim Morrison in his 1991 film The Doors.

Loud guitars and meaty drums are even more to the fore on the ninth album by Bush. Singer Gavin Rossdale describes The Art Of Survival as a record about the resilience of the human spirit.

It’s an admirable post-pandemic message — and, on powerful opening track Heavy Is The Ocean, it feels good to have them back.

But despite some catchy hooks, they stick to a familiar routine. Derided as Nirvana lite in the 1990s, they remain indebted to the grunge era. Lyrically, too, Rossdale opts for the tried and trusted. Having touched on the dangers of robot technology on 2020’s Blood River, he revisits the topic on More Than Machines.

They occasionally stray from the norm. Judas Is A Riot is a party track that doffs its cap to rock ‘n’ roll classic Twist And Shout, and 1000 Years an atmospheric ballad of lost love, but the sense they are treading water is hard to avoid.