Alex Scott cut a glamorous figure as she hosted the BBC Sports Personality of the Year 2020 for the first time at MediaCityUK in Salford on Sunday evening.

The former footballer, 36, who has been tipped to replace Sue Barker on A Question of Sport, fronted the event with fellow presenters Gary Lineker, Clare Balding and Gabby Logan. 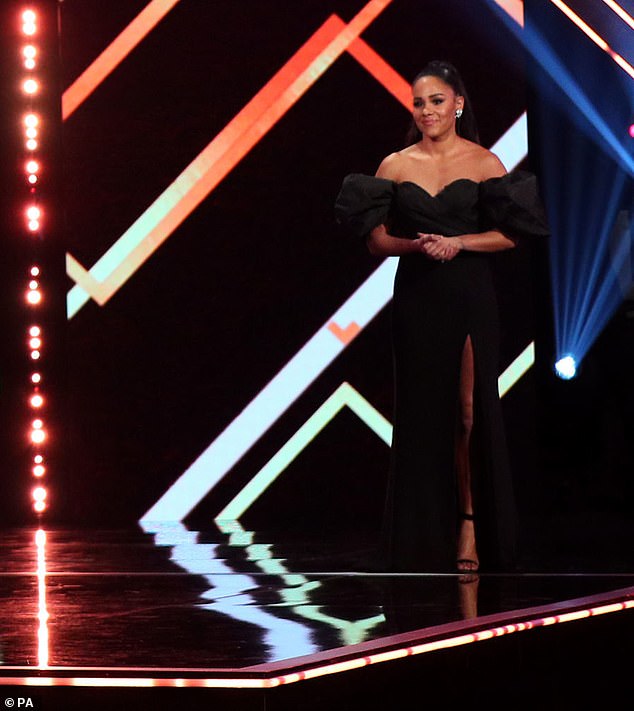 Legs for days: Alex Scott cut a glamorous figure as she hosted the BBC Sports Personality of the Year 2020 for the first time at MediaCityUK in Salford on Sunday evening

The sportswoman looked radiant in her floor-length gown, which was complemented with classic strappy heels.

Chunky diamond earrings rounded off her outfit, while her tresses were worn in a half up half down style. 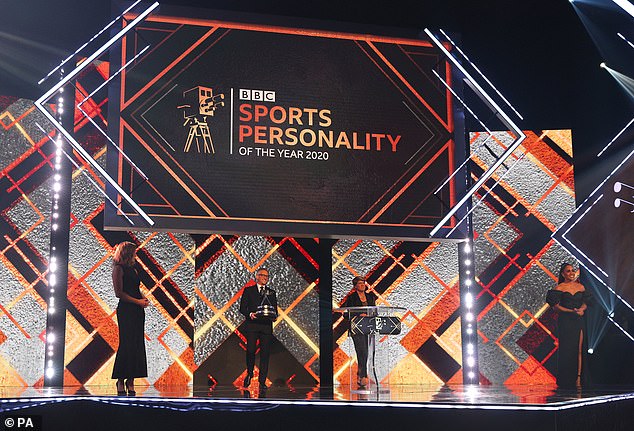 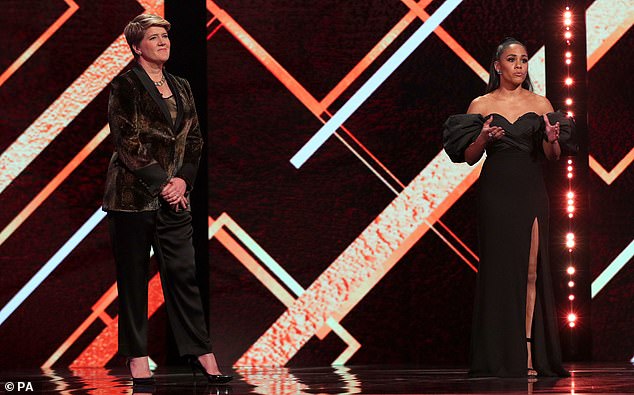 Catching the eye: Commanding attention, the broadcaster exuded elegance in a black bardot gown, complete with a chic thigh-high slit

This year’s ceremony was presented in front of a virtual crowd, while Rick Astley and Celeste delivered incredible performances.

Earlier this year, Alex admitted she is continually accused of ‘ticking a box’ in her broadcasting career amid speculation she’s set to host A Question of Sport after Sue, 64, was axed following a 24-year stint.

Speaking to Women’s Health’s Going For Goal podcast, the pundit said: ‘Every job that I’m linked to and every job that I’m going to be doing on screen for the next couple of years, I know the first thing people will be saying – a lot of it because it is already happening – it’s because I’m ticking a box.

‘I came back from playing professional in America in 2012 just before the London Olympics, I was already thinking about my career after sport then. 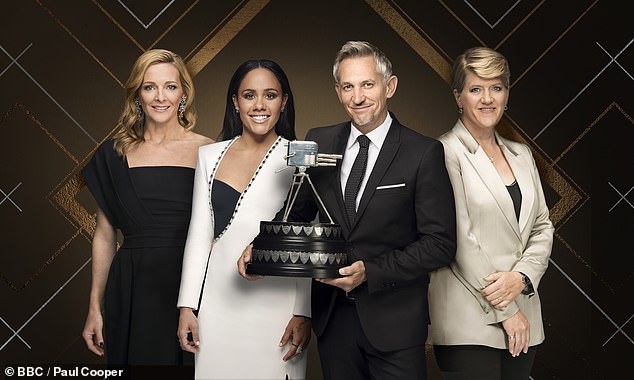 ‘We’re excited!’ The hosting line-up was announced earlier this month with a glamorous press shoot

‘I went and I did a media degree in 2013 – I spent two years doing that for this same reason, so that no one could ever say that I was just ticking a box.’

The TV star currently has a career in broadcasting, notably appearing as a pundit during the 2019 FIFA Women’s World Cup, having retired from football in 2017.

Alex went on to share that she goes to therapy, describing the process as ‘an awakening’. 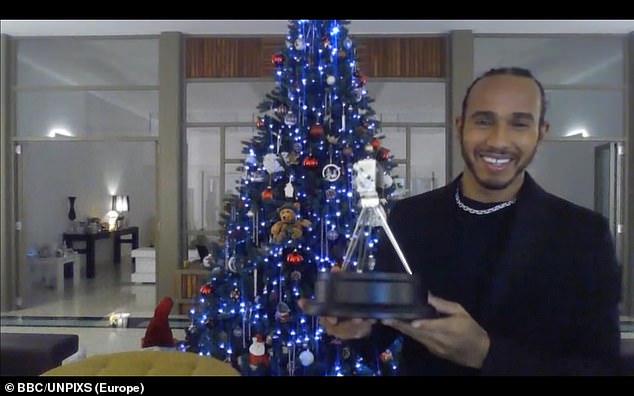 The media personality said: ‘I absolutely love it. Some people think, oh going to therapy, why am I going to have someone tell me about myself, I know about myself, but it’s like a weight off my shoulders every single time I go. It has given me tools to deal with things.’

She also confessed she was severely trolled during her career and that her mental health suffered.

The ex-England defender played down rumours that BBC bosses have rubber-stamped her appointment to replace Sue back in September. 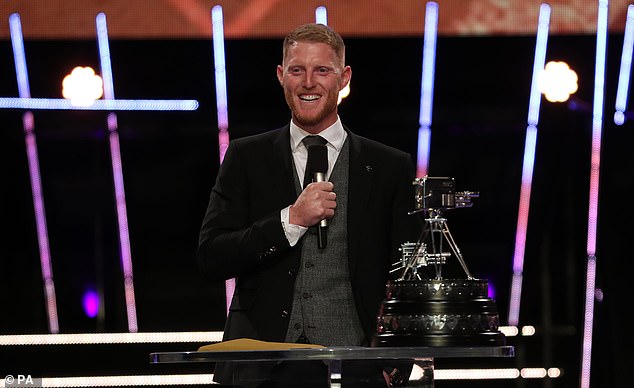 On Instagram, Alex wrote: ‘The love & support shown to me yesterday has me smiling through the weekend #thankyou I am going to #keeponkeepingon like always!’

Scott, who is of Irish and Jamaican descent, has previously opened up about her dive into a ‘dark place’ following online abuse in the past.

BBC Match Of The Day presenter Gary, 59, fanned rumours Alex’s appointment had been confirmed when he tweeted: ‘Congratulations and good luck to @AlexScott on being the new host for Question Of Sport. 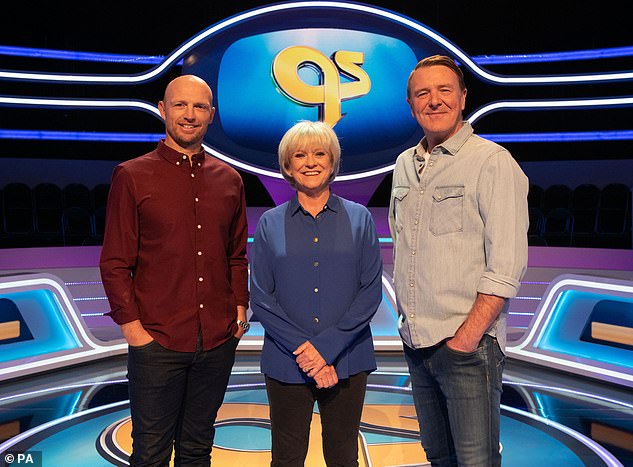 Take over? TV star Alex has been tipped to replace Sue Barker (pictured with Matt Dawson and Phil Tufnell) on A Question of Sport

The tweet, which was later deleted, made reference to the racist trolling the London native had received.

The BBC was forced to deny claims she had got the role as 64-year-old Sue Barker’s replacement, saying that nothing had been decided just yet. 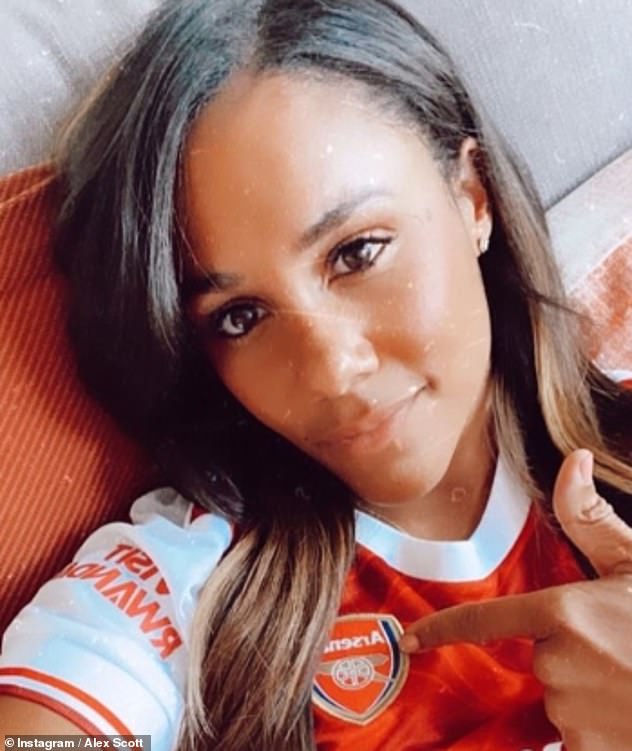 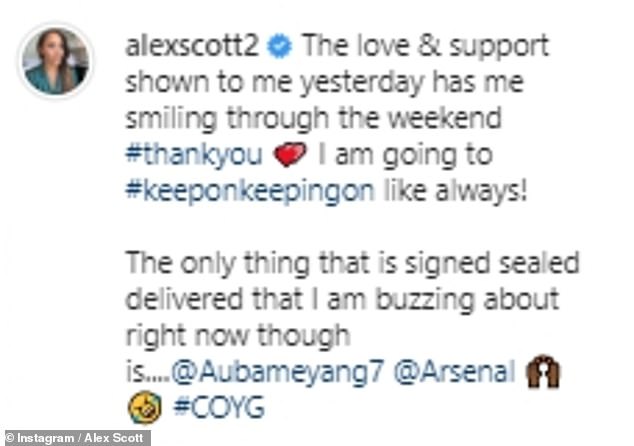 No deals yet: The ex-England defender played down rumours that BBC bosses have rubber-stamped her appointment to replace Sue back in September