Alicia Silverstone, 46, poses NUDE to inspire people to wear vegan clothes: ‘I never, ever get naked in TV, in film, nothing – but I’ve done it for PETA’

Alicia Silverstone has posed nude for the first time in her over 30-year career.

Wearing nothing but vegan leather boots in a field of cacti, the 46-year-old Clueless star showed off her natural curves, which is a very rare move for her as she has never gone naked for a movie or TV show.

‘I never, ever get naked in TV, in film, nothing, but I’ve done it for PETA ’cause that’s how much it matters to me,’ said the vegan star in a video interview in which she explained leather’s effects on the planet.

The image was shared in a new 29-foot Times Square PSA in New York City, erected on Tuesday morning. 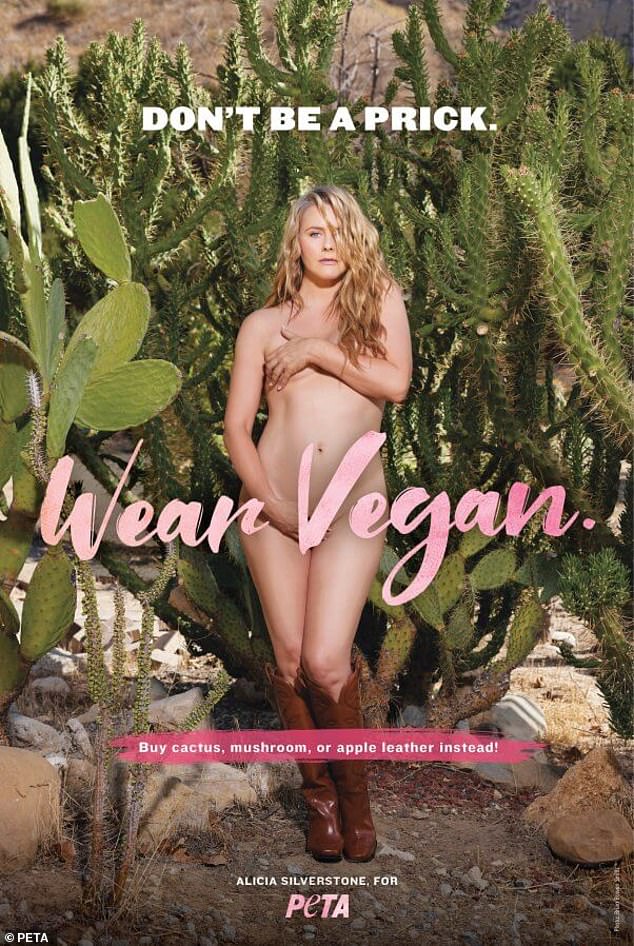 Wearing nothing but vegan leather boots in a field of cacti, the Clueless star showed off her natural curves, which is a rare move for her as she has never gone naked for a movie

The billboard is located at the intersection of 40th Street and Eighth Avenue in NYC.

The copy reads: ‘Don’t Be a Prick. Wear Vegan.’

PETA explained: ‘Everyone can choose innovative vegan leathers made from the prickly pear cactus, mushrooms, or apples instead of supporting industries that kill animals for their skin.’

Silverstone also said: ‘The amount of resources, water, food, oil for transport, the amount of energy that goes into making leather is extraordinary. It’s just not sustainable. The Earth can’t handle it.’

Compared with the production of plant-based leathers, that of cow leather has nearly 10 times the negative environmental impact and contributes more to global warming, water pollution, water depletion, and greenhouse gas emissions, a press release from PETA explained. 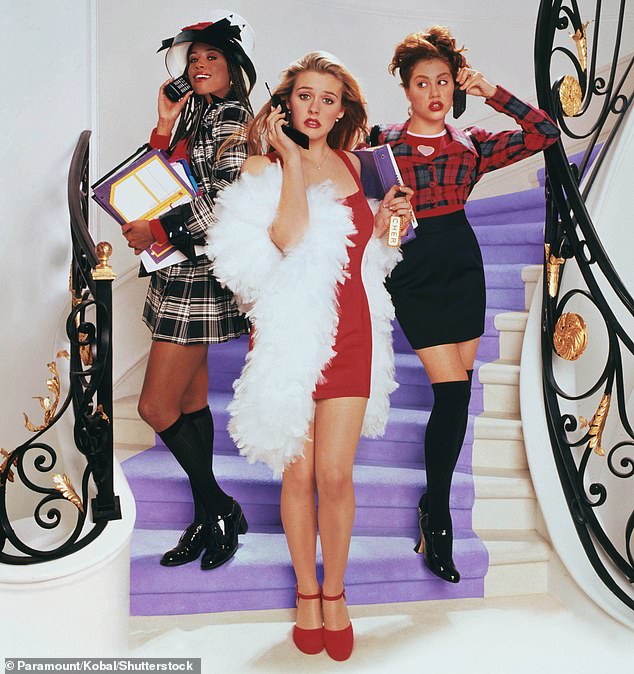 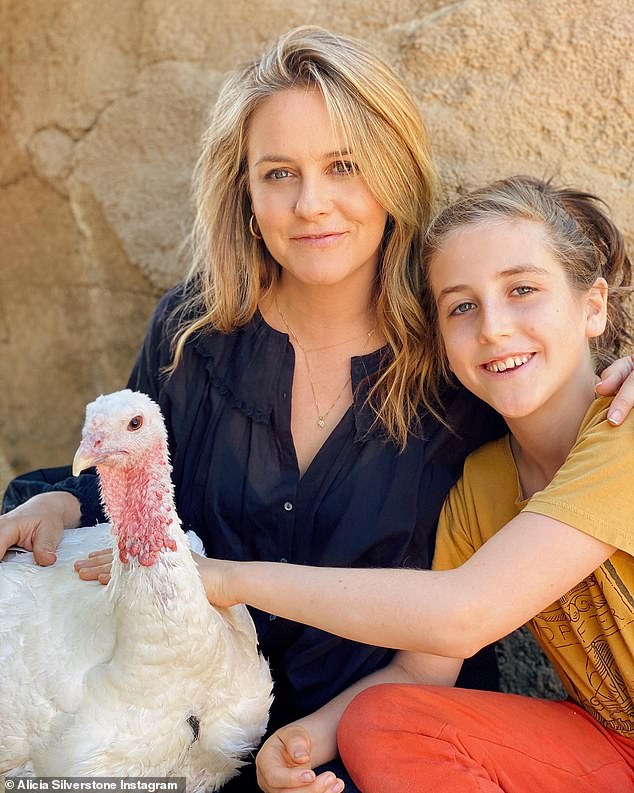 An animal lover: Alicia and her son Bear Blu kissed a turkey for Thanksgiving

‘Up to 80% of deforestation in the Amazon rainforest has been caused by the destruction of land in order to raise animals, and 130 different chemicals, including cyanide, are used to turn their skin into leather,’ PETA added.

Meanwhile, Silverstone previously admitted that veganism has ‘revolutionized [her] world.’

The actress also explained how she developed such a strong passion for animal rights campaign work. 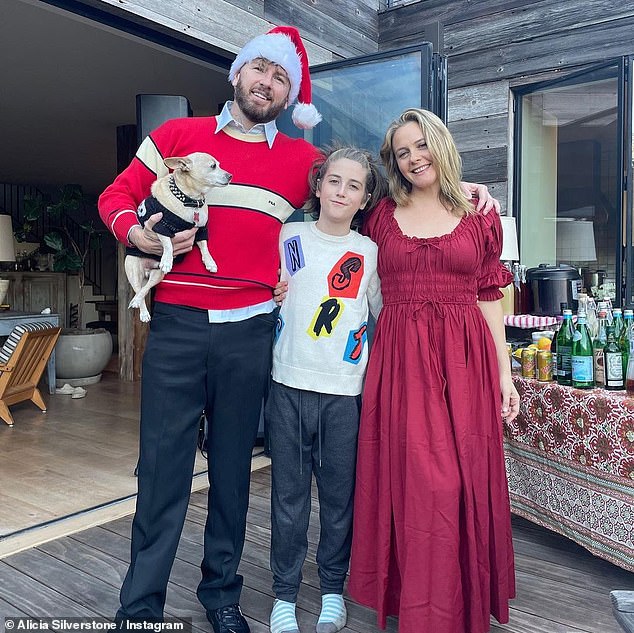 Silverstone with her ex-husband Christopher Jarecki, their son and dog

The star – who has published two cookbooks, The Kind Diet and The Kind Mama – shared: ‘I watched the documentary The Witness and took a look at my dog Sampson and thought, “If I’m not willing to eat you, how can I continue to eat these other creatures that have the same desire to live, are just as funny, and have the same reaction to pain as my dogs?”

‘I went vegan for the animals, but the health transformation I experienced and continue to experience was extraordinary. This revolutionized my world at 21 and shaped my life and career tremendously.’