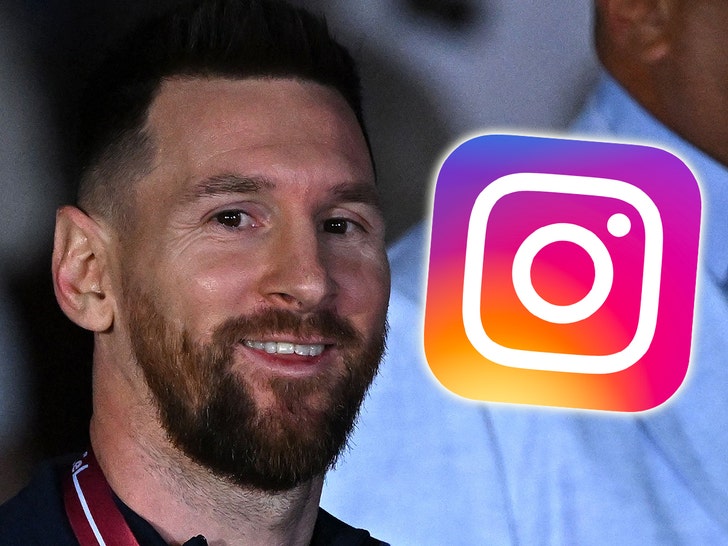 Lionel Messi is the G.O.A.T. on the pitch AND on social media — the soccer superstar is now responsible for the most-liked Instagram post of all time!!!

The 35-year-old accomplished the feat by sharing pics of his World Cup celebration with Argentina to his 403 million followers shortly after securing the title … captioning the post, “CHAMPIONS OF THE WORLD!!!!!!! 🌎🏆”

The pic quickly became one of the most popular posts in the platform’s history … and just now, it officially dethroned the viral egg pic from 2019 (remember that?) at the top of the most-liked charts.

Messi’s post currently has 62.6 MILLION likes … while the egg has fallen behind at 56.9 million.

It seems like Messi fans aren’t gonna let the egg take back the top spot any time soon … considering they’re in the comments taunting the once-popular post with pro-Leo statements.

It’s been a helluva past few days for Messi and Argentina … and while his trophy case is already stuffed with soccer accolades, we’re sure he’ll be more than happy to add something from Instagram if they wanna send over any hardware.