As fans continue to talk about a possible romance between Amelia Hamlin and Scott Disick, the model posed a cryptic message about being ‘judged’ on Instagram.

Amelia Gray Hamlin, 19, has NO time for haters. On Dec. 19, the model posted a selfie of herself on her Instagram Story with an important message to her critics. “[People] are extra weird and judgmental these days,” Amelia wrote. “People can embrace themselves however they feel fit for them in that moment in time. People grow. People learn to love themselves more and more.”

Amelia did not specify what exactly her cryptic message was referring to, but it comes amidst continued buzz that she’s dating Scott Disick. The two were first linked when they were photographed arriving at a Halloween party together on Oct. 31. After that, they went to dinner with friends, and were caught looking quite cozy on the beach in mid-November. Then, on Thanksgiving, Amelia posted a selfie with Scott and admitted she was ‘thankful’ for him. 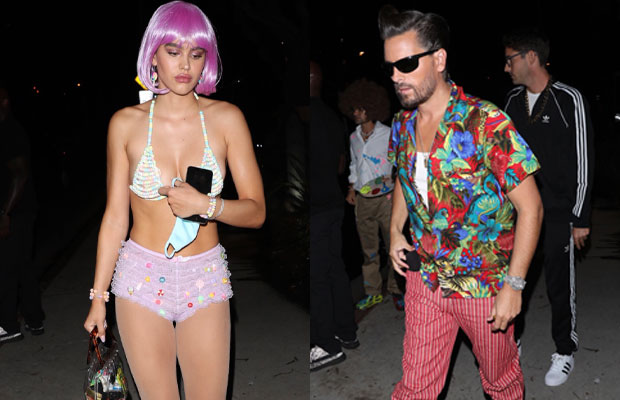 Since Amelia is Lisa Rinna’s daughter, she’s been running in the same crowd as the KarJenners for quite some time. However, seeing her spend so much one-on-one time with Scott has definitely gotten fans talking about a possible romance between the two. Scott added fuel to the fire earlier this month when he posted a cryptic message on one of Amelia’s Instagram photos.

The 37-year-old also still has a close relationship with his ex, Kourtney Kardashian, though. In fact, he posted quite a loving message about her in honor of their sons, Mason Disick and Reign Disick’s, birthdays in mid-December. “Thank you for being the best baby maker in town,” Scott wrote. “I couldn’t have asked for a better person in the world to have these amazing children with, I love u and our family more than anything in the world.”

For now, Scott is just enjoying the single life, a source recently told HollywoodLife EXCLUSIVELY. “He isn’t looking to get into a relationship at this point,” our insider explained. “But he’s having fun casually hanging out with Amelia when he can. Scott thinks Amelia is a really cool girl, but he’s just focused on his kids and celebrating the holidays with them for now.” Scott split from his longtime girlfriend, Sofia Richie, in May.