Angelina Jolie was spotted out and about in Los Angeles the day before Christmas Eve with her youngest son Knox, 14.

For her latest outing, Angelina swathed her lithe frame in a flowing black sweater-skirt combo and popped on a gleaming pair of matching shades. 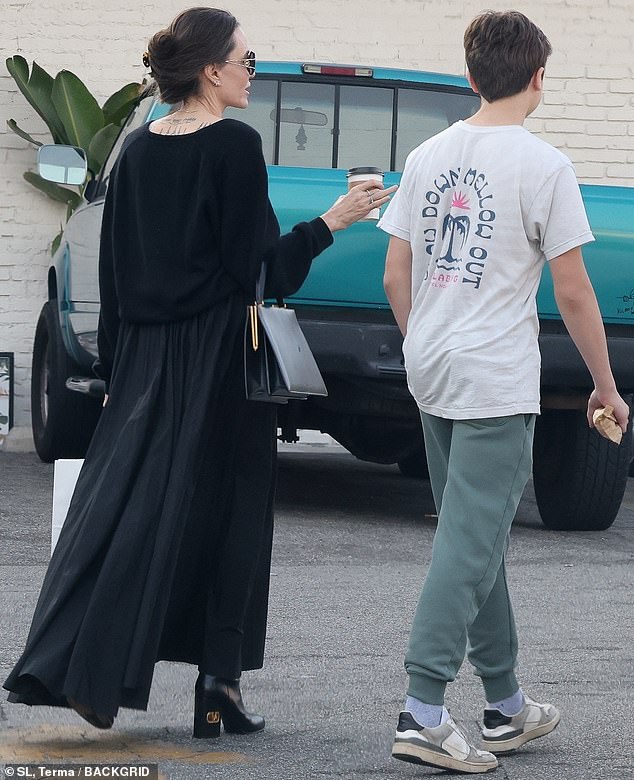 Family time: Angelina Jolie was spotted out and about in Los Angeles the day before Christmas even with her youngest son Knox, 14

Angelina left Brad in 2016 but they have since been fighting an increasingly rancorous custody battle that is still in progress.

She has accused Brad of domestic abuse, and after the FBI closed their investigation into the matter without pressing charges against him, Angelina anonymously sued the bureau for relevant documents under the Freedom Of Information Act.

At present Brad is said to be dating with Paul Wesley’s ex-wife Ines De Ramon, who at 29 is a whopping three decades his junior.

‘Brad and Ines are officially dating now,’ an Us Weekly source dished this week, claiming that ‘they really enjoy each other’s company and are having a great time in the early stages of an early relationship, but are still getting to know each other.’ 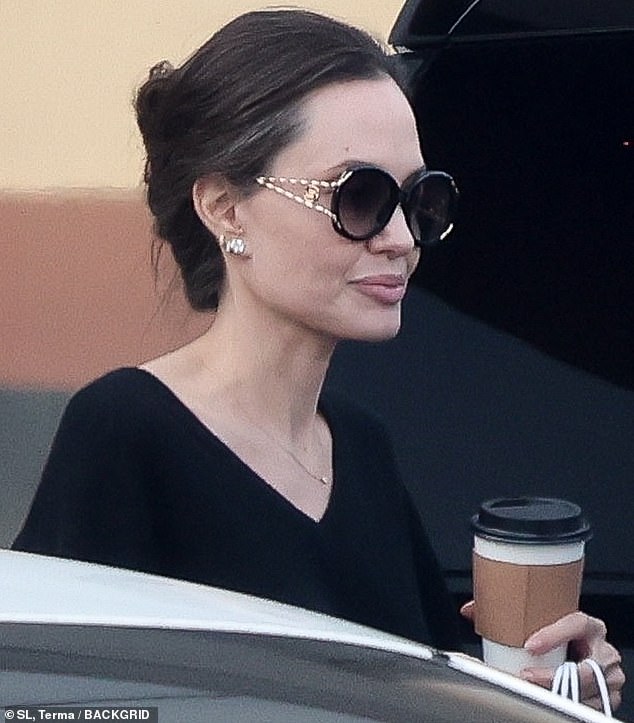 Out and about: For her latest outing, Angelina swathed her lithe frame in a flowing black sweater-skirt combo and popped on a gleaming pair of matching shades

Meanwhile Angelina, for whom Brad infamously dumped his first wife Jennifer Aniston in 2005, has not gone public with anyone since the divorce.

Brad and Angelina have six children – Maddox, 21, Pax, 19, and Zahara, 17, who were all adopted, as well as their biological offspring Shiloh, 16, and Knox and Vivienne.

The Maleficent star gave birth to Vivienne and Knox in Nice, less than 200km from her and Brad’s Chateau Miraval in the South Of France.

Angelina and Brad went to Namibia for Shiloh’s birth and had the government enforce a no-fly zone over the area they were in. 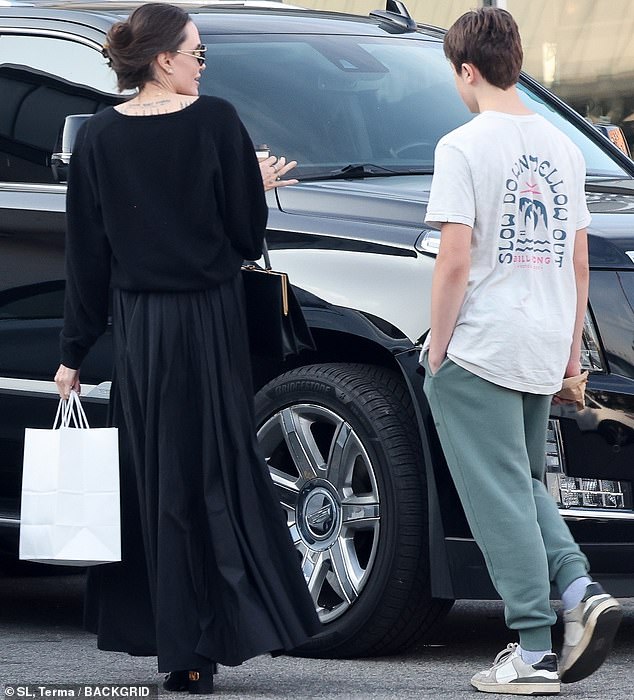 An official at Namibia’s Washington embassy dished at that time: ‘The government has decided that it will issue visas to journalists to go to Namibia and cover Angelina and Brad if they have consent from the parties.’

Angelina recently withdrew from her high-profile role as special envoy to the United Nations High Commissioner for Refugees.

While she stressed that the ‘UNHCR is full of amazing people,’ she expressed a desire to work ‘now with organizations led by people most directly affected by conflict, that give the greatest voice to them.’

She received her special envoy status from the UNHCR a decade ago, having worked with the United Nations since 2001. 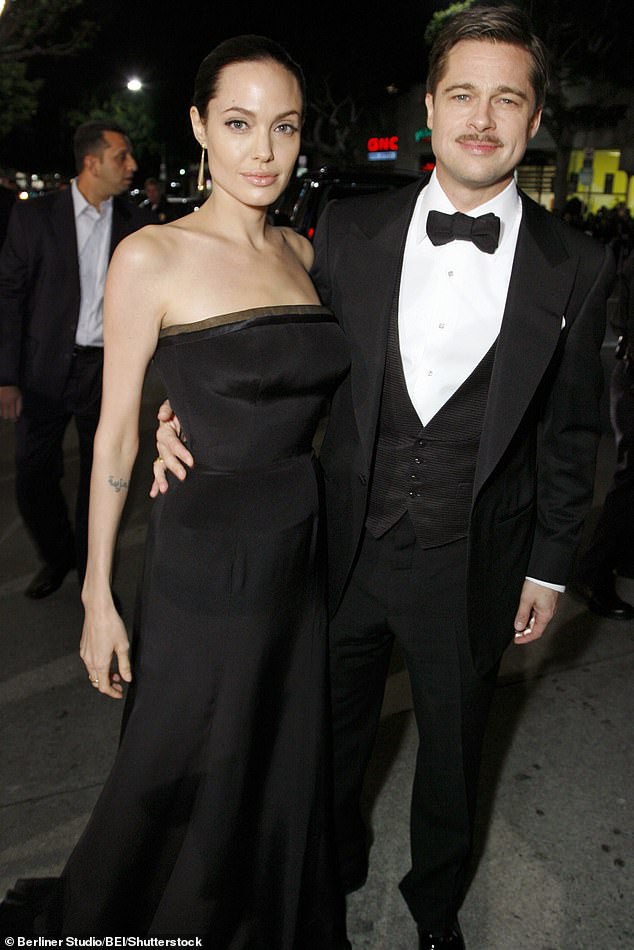 Throwback: Brad and Angelina became a couple in 2005 (pictured) when he infamously left his first wife Jennifer Aniston for her in a scandal that riveted the world