Who knew a car accident could lead to a selfie with a celebrity? Ashton Kutcher made one fan’s day when he took a photo with him … after the actor accidentally hit the man with his car.

Leo Marenghi told TMZ Kutcher, 40, hit him in Hollywood on Tuesday, September 18, when the That ‘70s Show alum’s black Tesla collided with the 19-year-old, who was riding his scooter on a sidewalk. The victim claimed the accident sent him into the air and left him in the street.

According to the outlet, the No Strings Attached star exited his vehicle to check on Marenghi, who only suffered a few bruises and a scrape on the knee. The nanny asked Kutcher for a photo to make up for the incident, which he agreed to. 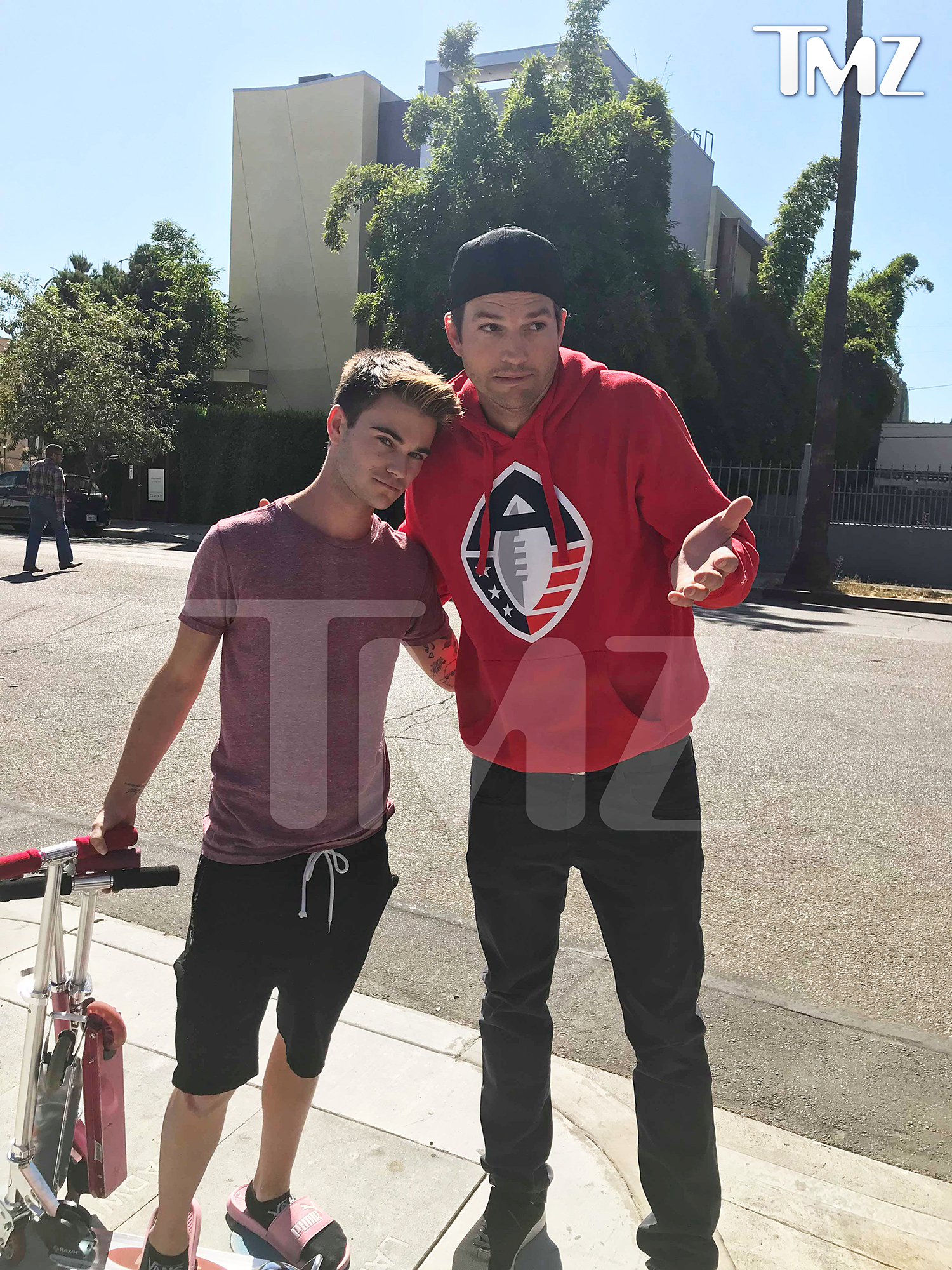 The Two and a Half Men alum made light of the situation in the pic, in which he shrugs with a faint grin as he wraps an arm around Marenghi.

Kutcher obliged another fan’s request for a photo when he and wife Mila Kunis met Jared Haibon and his fiancée, Ashley Iaconetti, in August. “In 2015, Ashton Kutcher tweeted a side by side photo of our faces. In 2017, he said he got into watching The Bachelor because a guy named Jared looked like him,” Haibon captioned an Instagram shot of the couples hanging out at a charity event in Los Angeles. “In 2018, we met and bonded over marrying our best friends.”

Kunis, 35, with whom Kutcher shares daughter Wyatt, 3, and son Dimitri, 21 months, first joked about the resemblance between the two in August 2015. “I’m trying to figure out why mila is making me take this picture,” the Ranch star quipped on Twitter. “@ashleyiaco who are you? And who is this guy?”