‘Leave the kids out of it!’: Ben Foden’s wife Jackie Belanoff Smith hits back at ‘Una-worshipping fanatics’ as she’s forced to defend his parenting in FURIOUS expletive-laden rant

Ben Foden’s wife Jackie Belanoff Smith has furiously hit back at trolls she branded ‘Una-worshipping fanatics’ in an expletive-laden rant.

The entrepreneur – who gave birth to baby daughter Farrah last week – shared a lengthy post to Instagram Stories in response to trolls who had criticised Ben, 34, for failing to see the two children who he shares with ex-wife Una Healy, 38.

Ben married Jackie in August 2019 after just two weeks of dating, following his split from Una in July 2018 when he confessed to cheating with publicist Becky Milne. 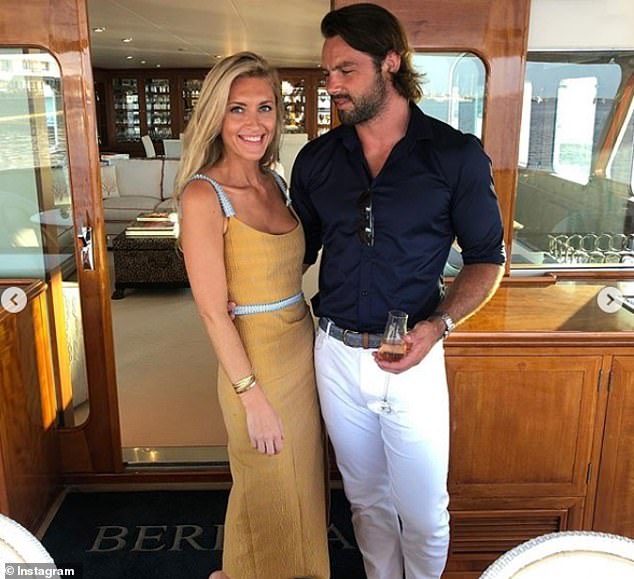 Angry: Ben Foden’s new wife Jackie Belanoff Smith (pictured together in August 2019) has furiously hit back at trolls she branded ‘Una-worshipping fanatics’ in an expletive-laden rant

In a series of posts, Jackie responded to trolls’ message sent in response to a snap of her cradling her newborn daughter.

The troll asked Ben whether he would save his daughter or his eldest child Aoife, eight, who he shares with ex Una, from a burning building.

Jackie angrily wrote: ‘Stumbled upon this healthy lady’s request to send me a message… Nice reminder to continue to not even look at that section of messages… 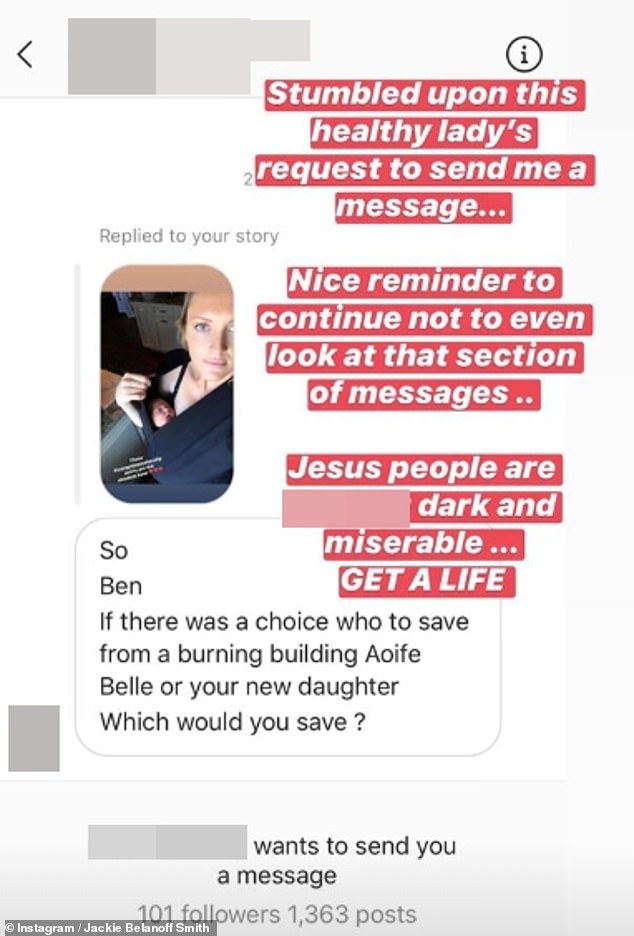 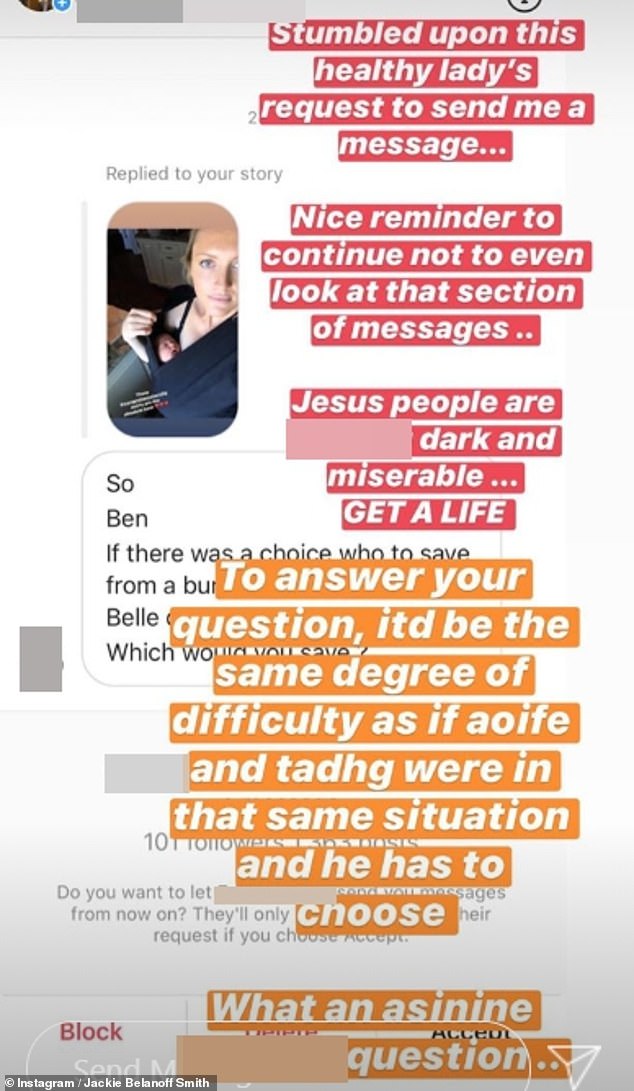 Raging: The entrepreneur shared a lengthy post to Instagram Stories in response to trolls who had criticised Ben for failing to see his two children who he shares with ex-wife Una Healy

In a second post she then added: ‘To answer your question it’d be the same degree of difficulty as it aoife and tadhg were in the same situation and he has to choose. What an asinine f*****g question.’

Jackie then launched into an expletive-laden rant hitting back at trolls for criticising Ben, claiming he’s unable to visit his children due to flight cancellations, but he speaks to them every day.

She fumed: ‘To be clear, Ben is f*****g suffering not being able to fly back to see his kids. They were supposed to be with us in April but flights were cancelled.

‘We are waiting and checking EVERY DAY on updates on flights btw the US and England. We are hoping to have them all summer. 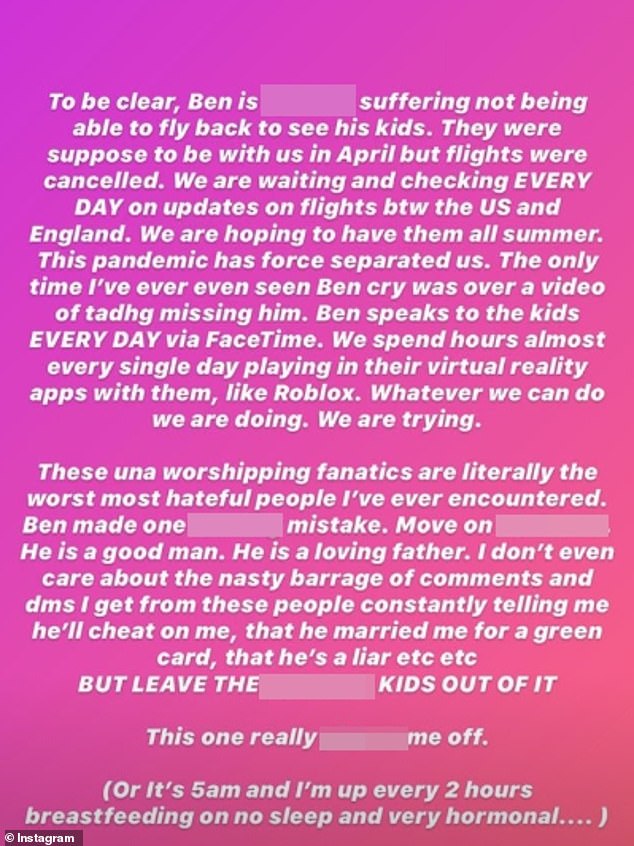 ‘He made one mistake!’ Jackie also defended Ben as a ‘good father’ after he confessed to cheating on Una with publicist Becky Milne, insisting he made ‘one f*****g mistake’

‘This pandemic has force separated us. The only thing I’ve ever even seen Ben was over a video of Tadhg missing him.

‘Ben speaks to the kids EVERY DAY via. Facetime. We spend hours almost every single day playing in their virtual reality apps wih them, like Roblox. What we can do we are doing we are trying.

‘These Una-worshipping fanatics are literally the worst most hateful people I’ve ever encountered. Ben made one f*****g mistake. Move on a**holes.

‘He is a good man. He is a loving father. 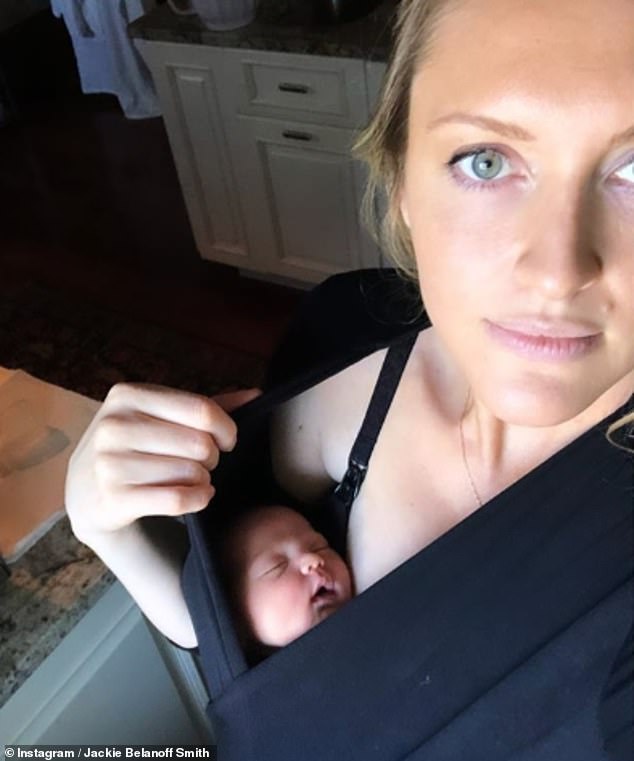 Doting: Jackie shared the rant after posting a snap of her cradling her newborn daughter in a new maternity shirt 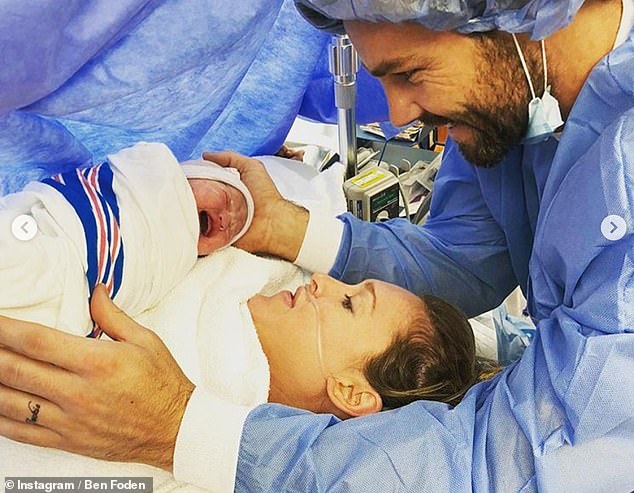 Just had a baby! The post came just days after she and Ben welcomed their first child together, a baby girl name Farrah Abra Foden

‘I don’t even care about the nasty barrage of comments and dms I get from these people constantly telling me and he’ll cheat on me, that he married me for a green card, that he’s a liar etc. etc.

Ex-England rugby international Ben first married The Saturdays singer Una in her native Ireland in 2012, after the pair dated for four years. 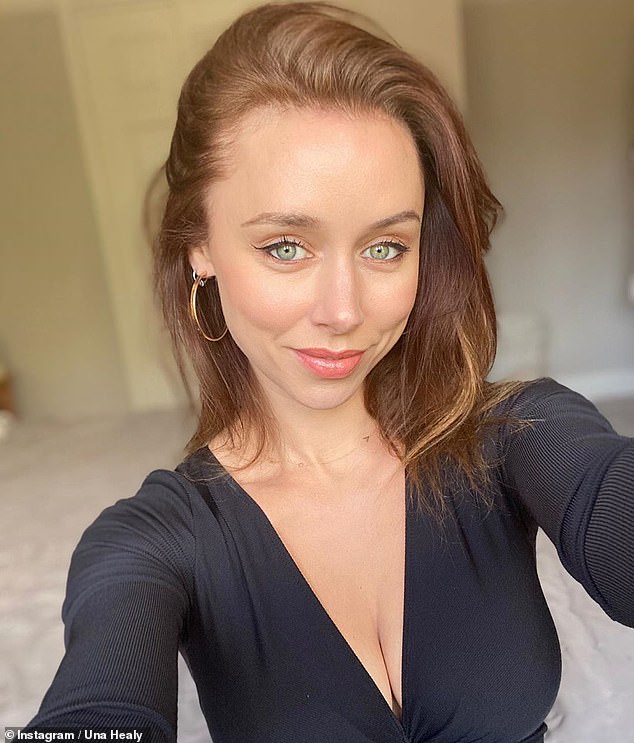 Over: Una (pictured) divorced Ben in July 2018 after six years of marriage when the rugby star confessed to cheating on her with publicist Becky Milne

The couple divorced in July 2018 after six years of marriage when Ben confessed to cheating on Una with publicist Becky Milne.

After the couple split, Ben begged Una to forgive him for being unfaithful, telling The Sun in October 2019: ‘I hope Una will forgive me. I made the biggest mistake and the most ­stupid mistake you can make in a relationship.

‘We seemed like a perfect match but people never know what happens behind closed doors. I think it’s safe to say that Una and I were struggling for a number of years.’ 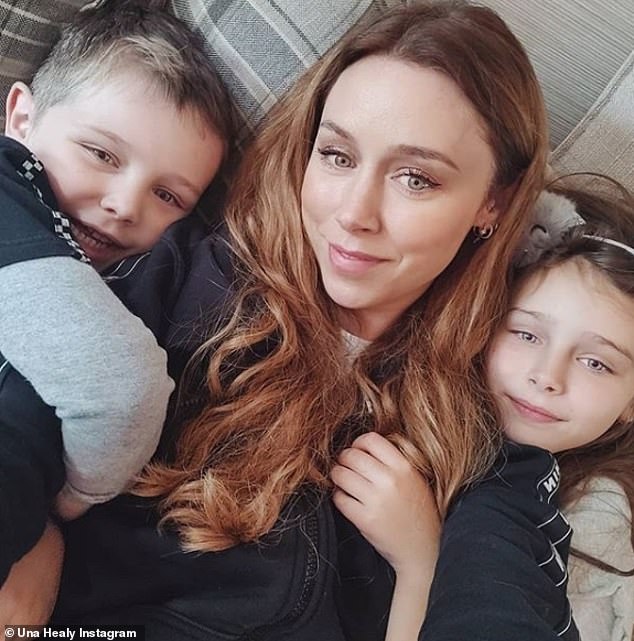 Family: Ben shares daughter Aoife, eight, and son Tadhg, five, with ex-wife Una. In her post, Jackie claimed they’re in regular contact ‘every day’ despite being unable to visit

Ben added that cheating on her was ‘the final nail in the coffin’ of their marriage.

In February, he admitted cheating on Una, telling The Guardian: ‘At the moment anything that’s published about me is never very good and pretty rightly so because I was the one who committed adultery.

‘At the same time, it wasn’t the only reason for our divorce to go through. It’s not ideal, but we’re very amicable, we’re getting through it, we’re not the first people in the world to get divorced. We’ve got two little kids we adore.’

Ben married Jackie on board a luxury yacht in Nantucket, Massachusetts, in August 2019 despite the pair only knowing each other for a few weeks.

Ben revealed to MailOnline last year that he plans to move back to the UK with Jackie and buy a house together in Cheshire.

The former England full-back is supposed to be taking part in his second and final season of Major League Rugby on behalf of New York at the moment.

Instead, he and his wife spent the past several weeks isolating in quieter surroundings in nearby Connecticut, after feeling their Manhattan home.

Their unplanned move has afforded Foden time to decide whether to commit to one more campaign next year, or accept that his playing days ended abruptly, with a defeat away to San Diego on March 8.

‘I signed a two-year deal and this was my second year, but I have a visa for three years and I’m married to an American now, so I’ll be getting a Green Card,’ he told Sportsmail last month. 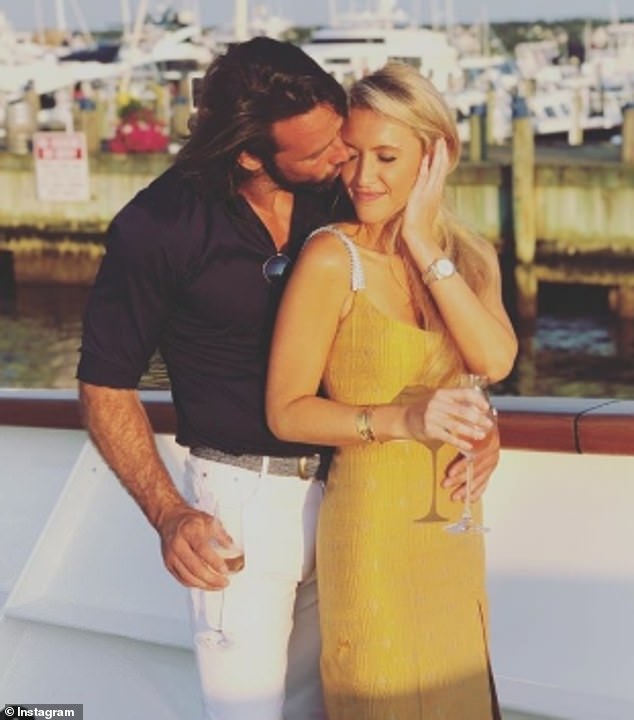 Shotgun wedding: Ben married Jackie on board a luxury yacht in Nantucket, Massachusetts, in August 2019 despite the pair only knowing each other for a few weeks