They are a Hollywood supercouple that could have easily shut down the red carpet at this year’s Met Gala.

But on Monday, Ben Affleck and Jennifer Lopez decided to give fashion’s biggest night a hard pass as they were pictured in casual clothes while turning up to a studio in Los Angeles, California.

There was no official word from either camp on why Ben, 49, and J-Lo decided to give it a miss, though it was already a crowded night of A-List couples with Blake Lively and Ryan Reynolds co-hosting the bash. 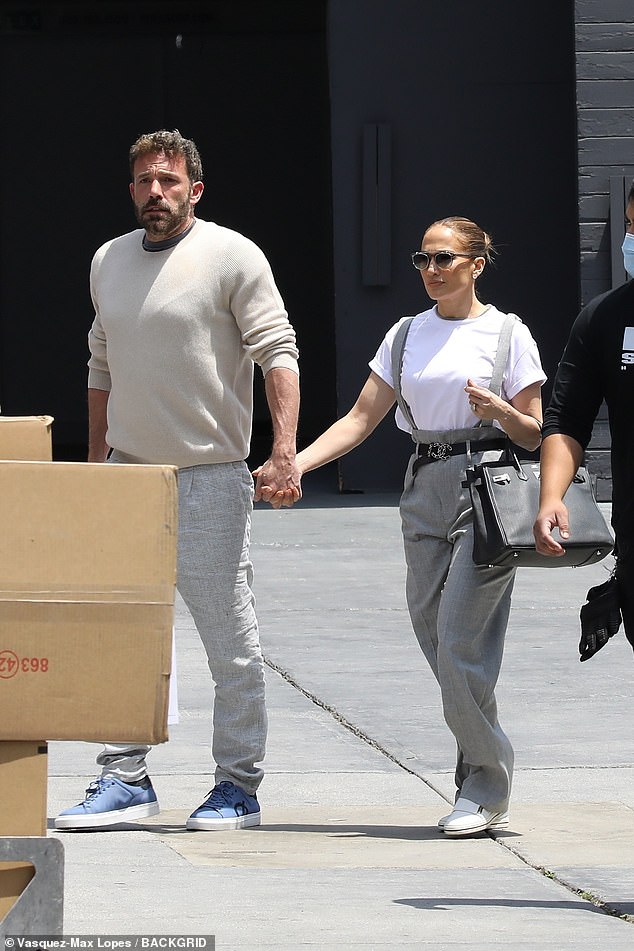 Keeping it low-key: Ben Affleck and Jennifer Lopez hold hands as they arrive at a studio in LA… after supercouple decided to skip the Met Gala this year

It would have marked the first major red carpet moment for the couple since their engagement news.

Last year, both Ben and Jen attended the Met Gala although they did not pose together on the red carpet – they were snapped kissing once inside though.

But it seems that the famous pair have more important things to be getting on with lately, as they continue to house hunt to find their dream home in LA. 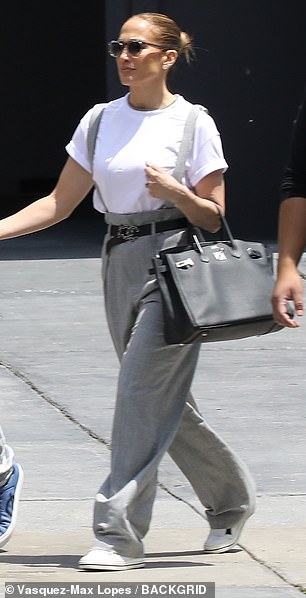 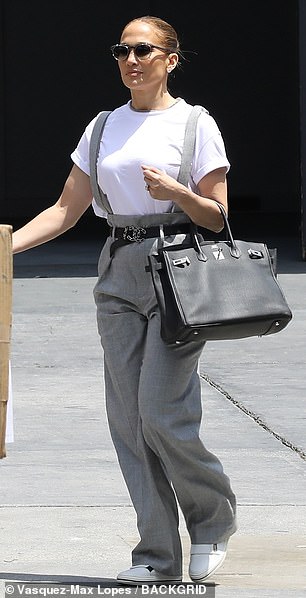 No diva here: J-Lo kept things casual in a grey ensemble after skipping the Met Gala 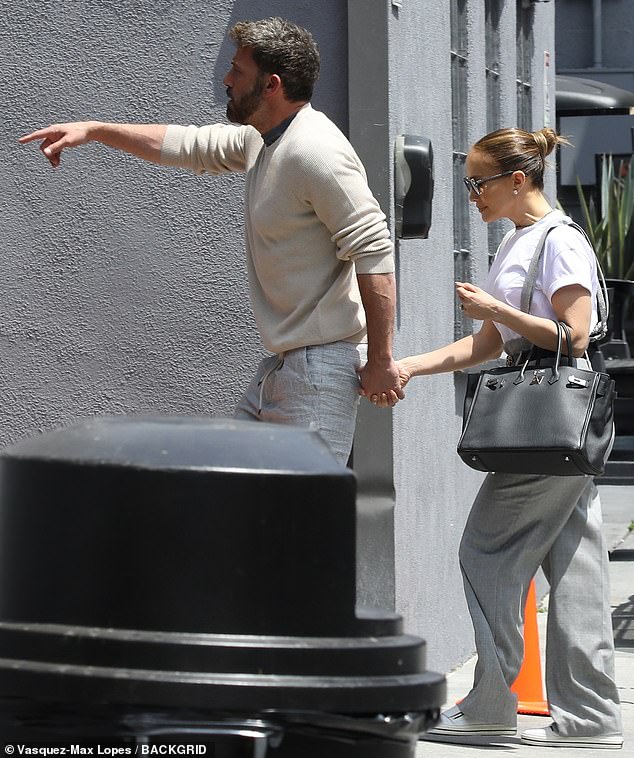 Walk this way: Ben and Jen were seen arriving at a Hollywood studio on Monday 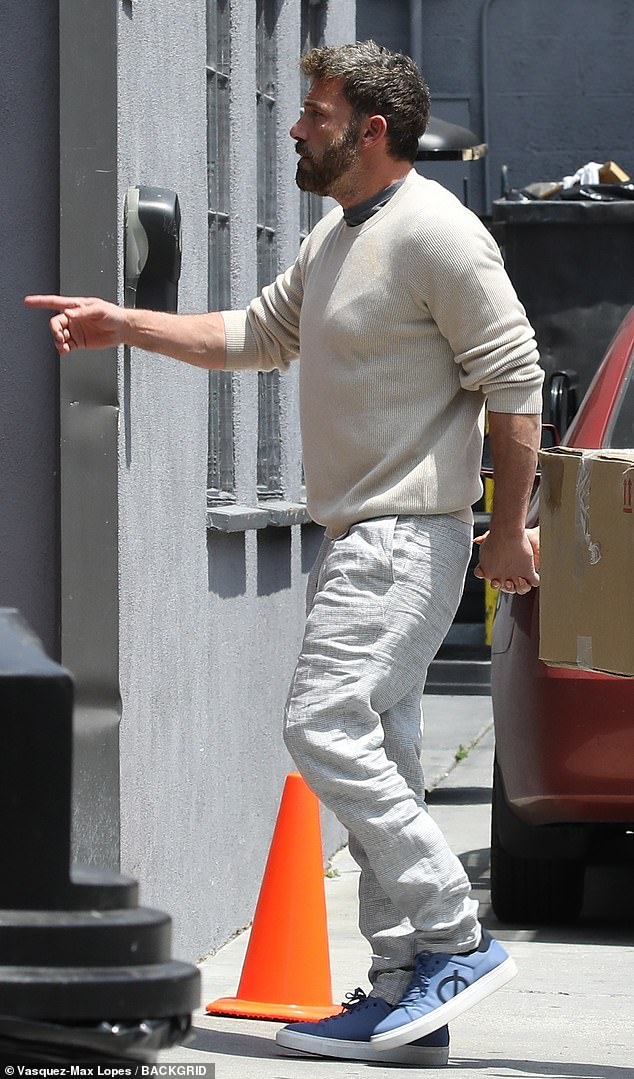 No high fashion this year: Ben was seen dressed down in casual wear for his Monday outing with Jen

They reportedly had a deal on another $55 million Bel-Air mansion fall through, and were later seen checking out the late Aaron Spelling’s former estate – originally known as Spelling Manor – in Los Angeles.

Affleck proposed to Lopez for the second time in April – 18 years after their first failed engagement in 2004.

The Hustlers star recently revealed details of the romantic proposal in a newsletter shared to her website, writing that she was naked in the bathtub when her ‘love’ got down on one knee. 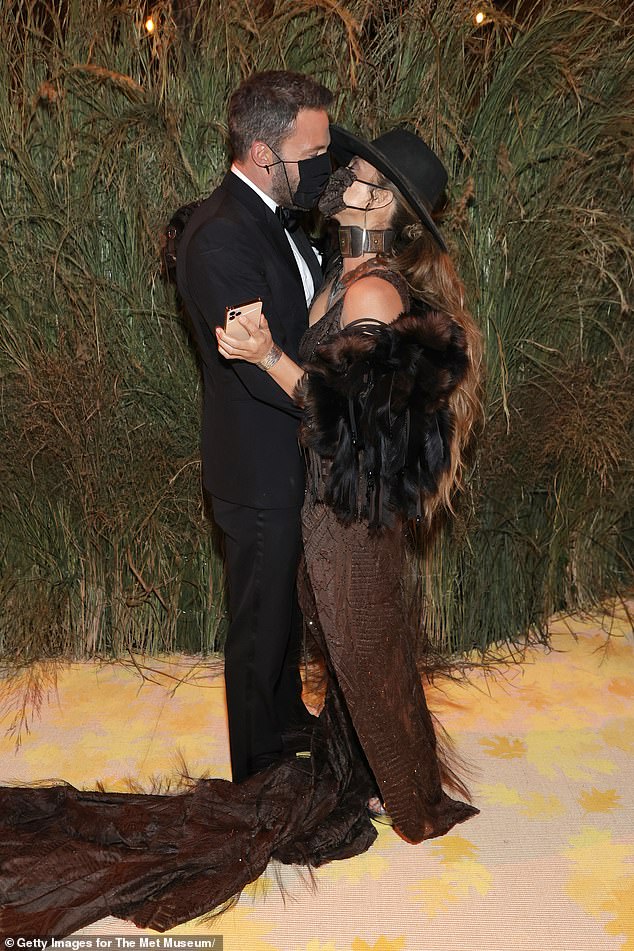 Wow: Last year, the supercouple made a splash as they kissed at the 2021 Met Gala Celebrating In America: A Lexicon Of Fashion at Metropolitan Museum of Art

‘Did you ever imagine your biggest dream could come true?’ she wrote in her post. ‘Saturday night while at my favorite place on earth (in the bubble bath), my beautiful love got on one knee and proposed.’

‘I was taken totally off guard and just looked in his eyes smiling and crying at the same time trying hard to get my head around the fact that after 20 years this was happening all over again, I was quite literally speechless and he said, “Is that a yes?” I said YES of course that’s a YES.’

Ben and Jennifer first started dating in early 2002 after meeting on the set of the romantic-comedy film Gigli.

They were set to get married in September 2003, but postponed their wedding and eventually broke up in January 2004.