Following her appearance at the 2020 Grammy Awards, which saw Eilish sweep the Big Four categories (best new artist, album of the year, song of the year, and record of the year), Eilish went on Instagram to bring up a serious issue: impersonators. Lately, a series of YouTubers have been fooling Eilish’s fans by pretending to be her in public. While this could be seen as just a harmless prank, Billie Eilish’s Instagram calling out impersonators makes several important points about why it can actually be dangerous.

For the past few months, YouTubers have started a trend of dressing up in Eilish’s signature look, which includes her iconic green space buns, long nails, and oversized clothing. They then go out in public to see if anyone thinks they’re actually the real Eilish.

Of course, fans nearby always do a double take, thinking these YouTubers are actually Eilish herself, and, because the YouTubers bring along fake security guards to make the stunt look even more believable, the prank usually ends in absolute chaos — so much so, that it creates a mob of fans asking for selfies.

Eilish first caught wind of these pranks in December 2019, months after a fan impersonated the star in Moscow, Russia. On Instagram, a fan shared a selfie of someone with the impersonator, and, because the caption implied they were the real Eilish, the 18-year-old star confirmed it was not her. "This is not me yall lmaooo," Eilish wrote.

Eilish seemed amused by the pranks at first, but now, a month after addressing the incident in Moscow, she’s called out impersonators because the pranks have gotten out of hand.

"Please stop doing this sh*t," Eilish captioned a photo of an impersonator on her Instagram Story. "It is not safe for you and it is mean to the people who don’t know any better. You make me look bad." 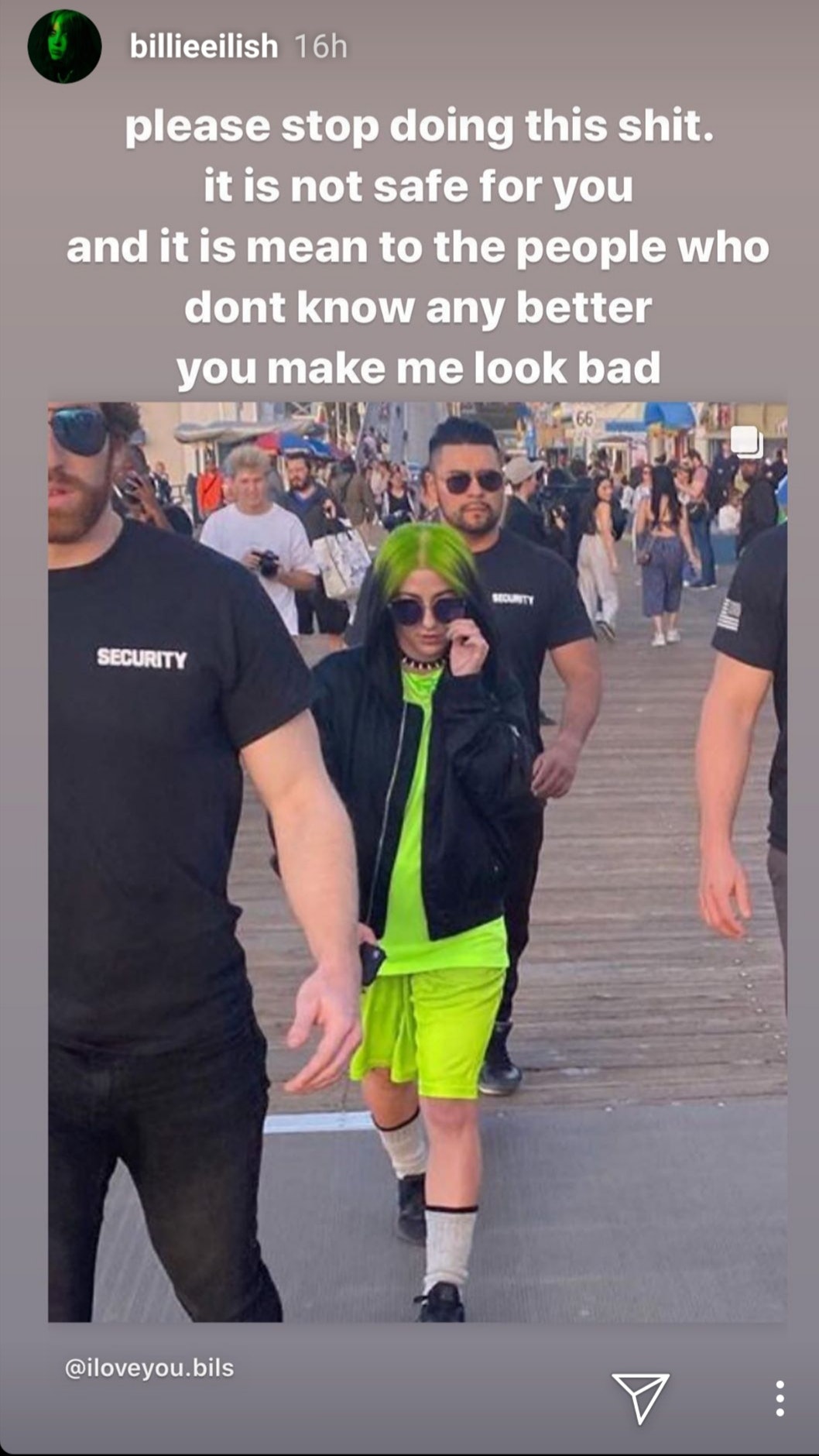 Eilish’s second post showed a screenshot of the YouTube results she got when she searched, "Pretending to be Billie Eilish." 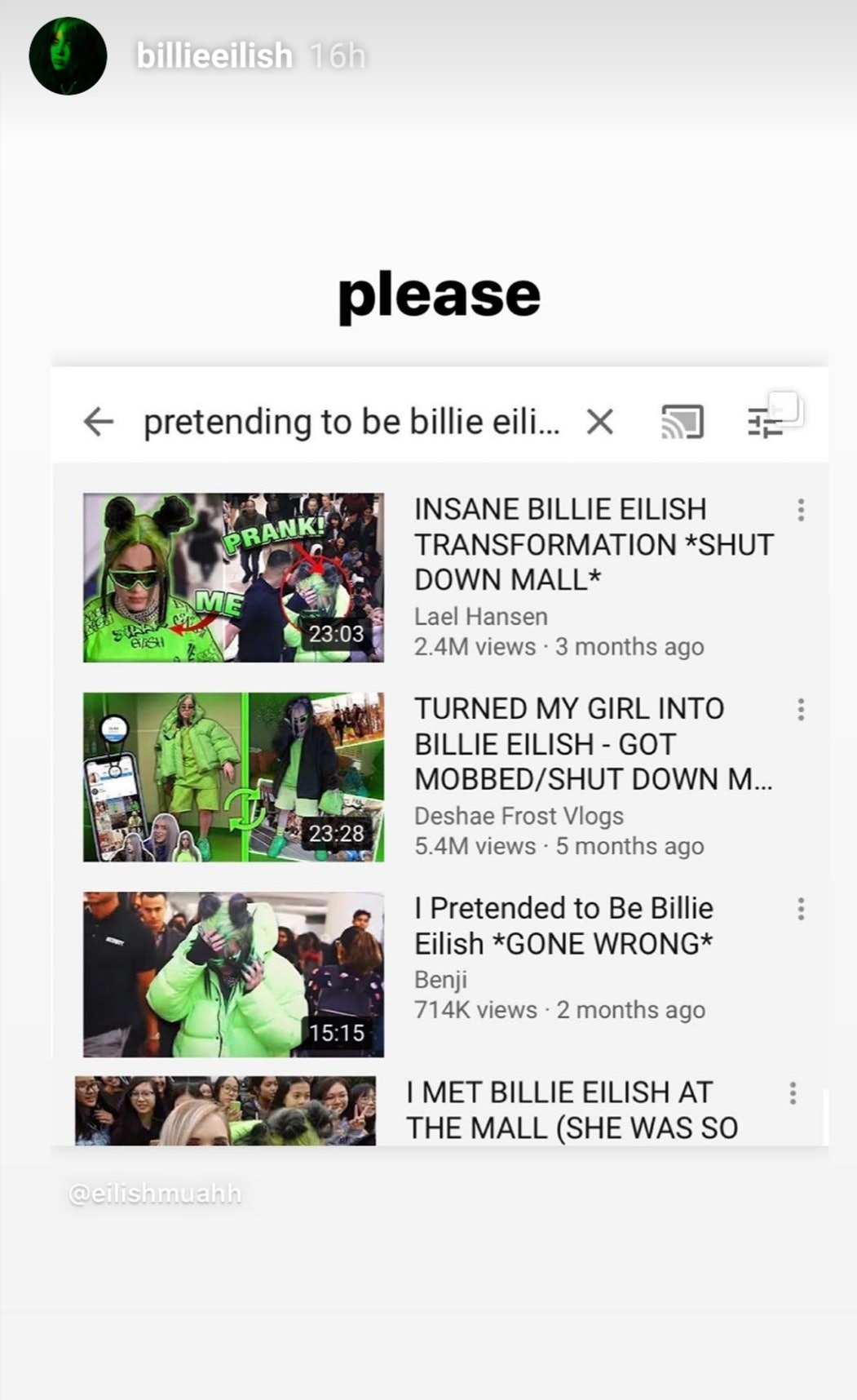 "Stop," Eilish wrote alongside another screenshot of more YouTube results. 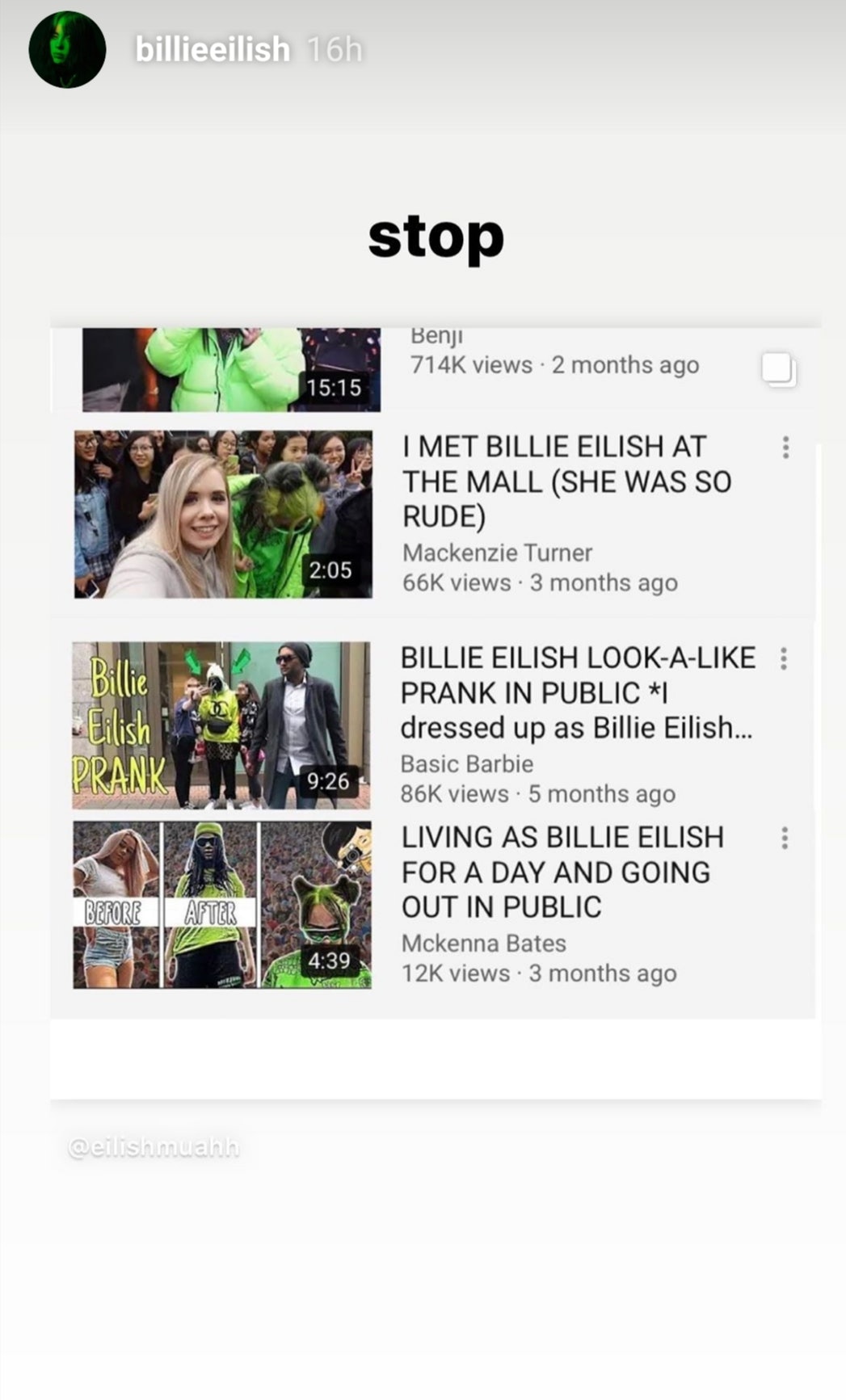 Eilish couldn’t end her Story on a totally serious note, however. In her last post addressing the situation, Eilish poked fun at an impersonator’s gym shorts and socks. "Also soooo disrespectful that you’d go out pretending to be me wearing THIS," she wrote. 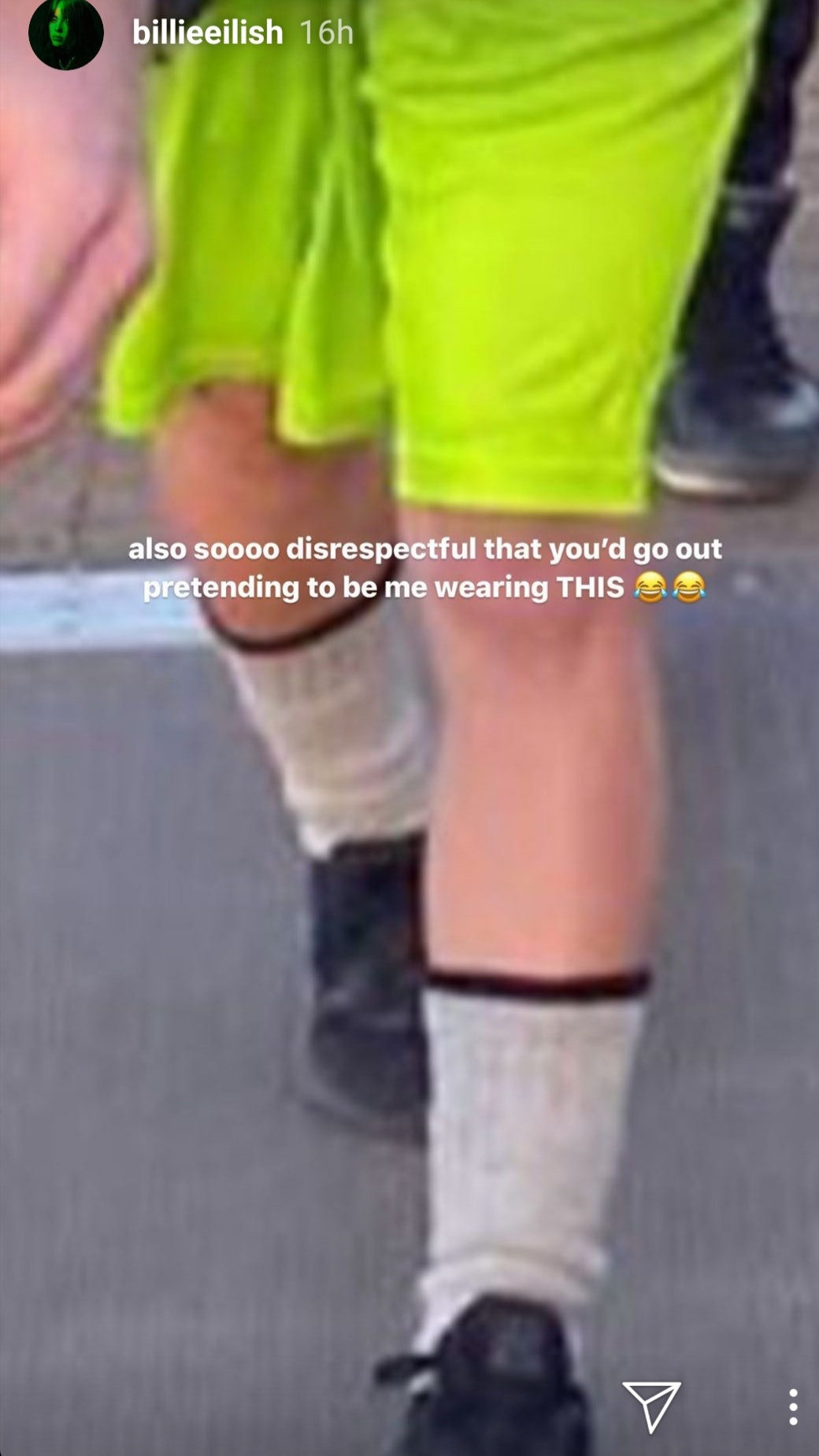 Eilish has sent a clear message to all her impersonators. Although imitation can be a form of flattery, when it puts others in harm’s way, that’s when Eilish draws the line.