BRIAN VINER: Ten films you’d never realise are Christmas classics… and better still, they’re all available to watch over the next few days

Christmas films come in a variety of guises. There are the cherished classics with a distinct festive theme, such as It’s A Wonderful Life (C4, Christmas Eve) and White Christmas (BBC2, Christmas Day).

Then there are those we associate with the season to be jolly because they’re a yuletide fixture: the likes of The Great Escape (C4, Christmas Day) and The Magnificent Seven (BBC2, Boxing Day).

But there is another category: top-notch films not considered traditional holiday fare, yet in which Christmas looms large.

Here’s my Top Ten, every one of them a festive treat and one way or another, all available to watch over the next few days. Merry Christmas! 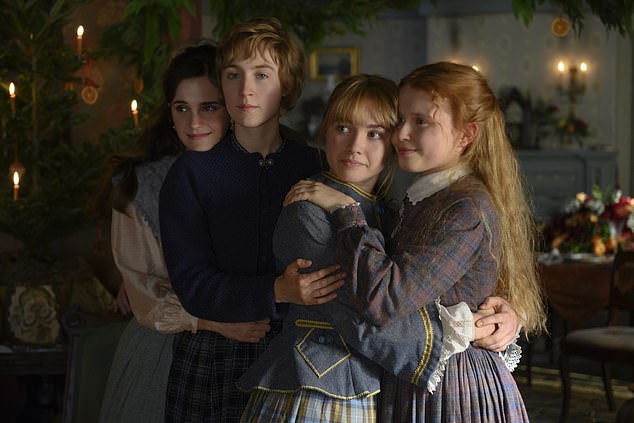 Christmas films come in a variety of guises: People have their cherished classics and others we associate with the season to be jolly because they’re a yuletide fixture 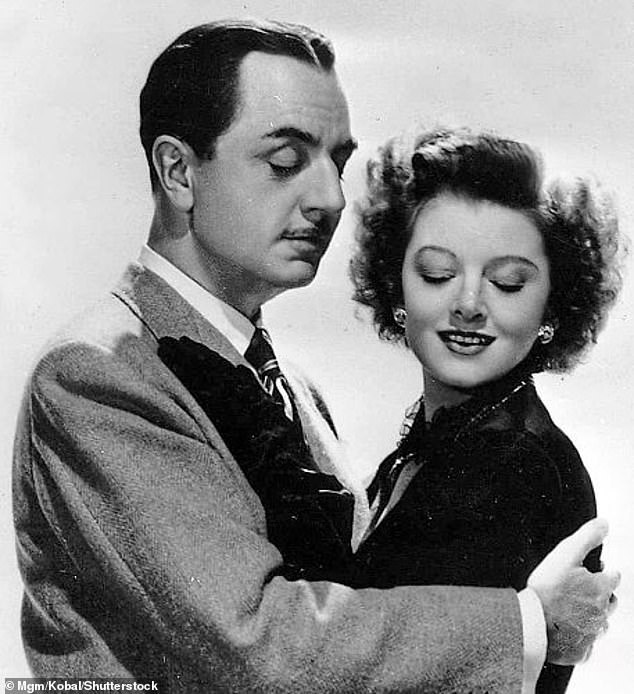 Actors William Powell and Myrna Loy star in the 1934 film, The Thin Man

HAS any director/star combination in cinematic history ever followed one masterpiece, 1959’s Some Like It Hot (BBC2, Christmas Day), with another quite as quickly as Billy Wilder and Jack Lemmon? I doubt it.

An enduring joy, worth watching for the office Christmas party scene alone, in which a tipsy C.C. Baxter (Lemmon) chats up elevator attendant Miss Kubelik (Shirley MacLaine), on whom he has a huge crush.

There’s another great Christmas party scene in Martin Scorsese’s fantastic gangster movie, when Jimmy Conway (Robert De Niro) berates his wise guys for spending their ill-gotten gains too conspicuously on Cadillacs and fur coats — ‘what are you, stoopid!?’ It’s played almost for laughs, and is all the more memorable for it. 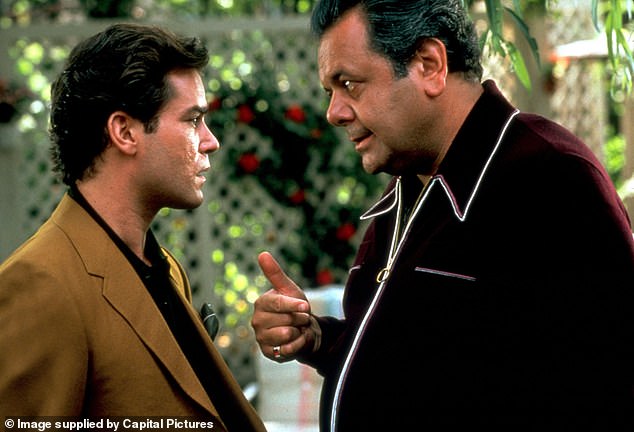 Surely the greatest ever movie Christmas punch-up, but based on a real-life scandal: the brutal beating of seven prisoners, on Christmas Day 1951, by Los Angeles cops at the Central City Jail.

James Ellroy fictionalised the episode in his novel LA Confidential, which was then turned into this terrific film starring Russell Crowe in the role that made him a star.

Of the many big-screen adaptations of Louisa May Alcott’s novel, this latest, written and directed by Greta Gerwig, is in my view the finest.

The Christmas morning scene, in which the March sisters are urged by their mother (Laura Dern) to give their food to poor neighbours, is charmingly done. 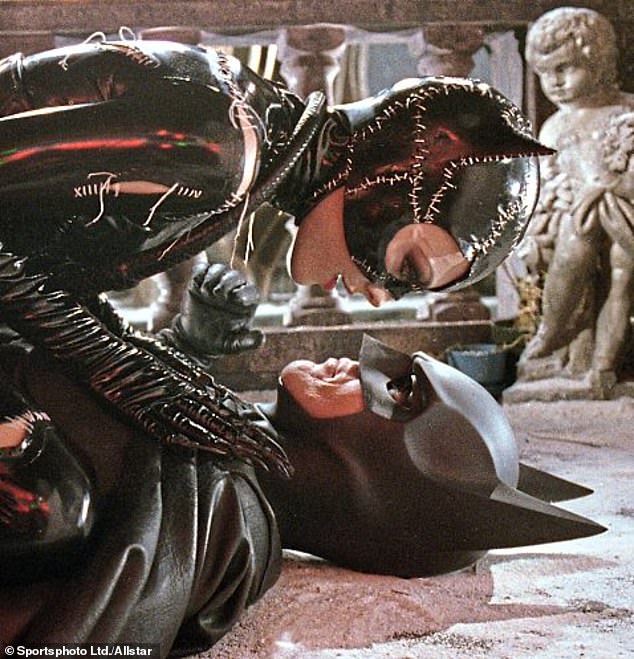 It was released in the summer and didn’t exactly kerpow! the box-office, but I think they missed a trick by not unveiling it in December; it’s a festive movie from baubly start to tinselly finish.

‘THE next person that says Merry Christmas to me, I’ll kill ’em,’ says a hungover Myrna Loy in this glorious film noir, featuring Loy and William Powell as hard-drinking, crime-solving socialites.

It was so successful five sequels followed, but none is quite as much fun, or for that matter quite as Christmassy, as the original.

It is easily forgotten, but this story of a pig that thinks it’s a sheepdog was nominated for Best Picture at the Academy Awards, and I for one wish it had pipped Braveheart to the big prize.

But if you’re roasting a turkey then beware: the farmyard animals’ lament that ‘Christmas is carnage’ still has the power to turn kids vegetarian. 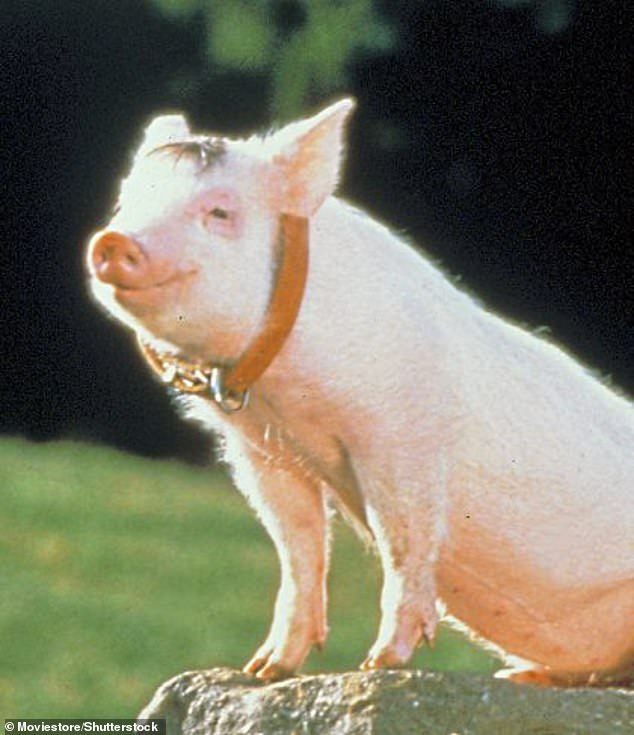 If you’re roasting a turkey then beware: the farmyard animals’ lament that ‘Christmas is carnage’ still has the power to turn kids vegetarian

Another Tim Burton film that should be considered a festive classic, even though it subverts the notion of Christmas as a time for goodwill, as Johnny Depp’s singularly strange title character is rejected by society.

But the scene in which Winona Ryder’s Kim dances in the ‘snow’— in reality flakes of ice created by Edward frantically carving an angel — is truly heartwarming.

The most cherished Christmas traditions are those forged in childhood, and I don’t remember the holidays ever passing without sitting down to at least one Bond film. Why this one? Well, George Lazenby may be the most wooden of all 007s, but it has loads of picturesque snow, and the great Telly Savalas as Blofeld, menacingly saying ‘Merry Christmas, 007!’

EDGAR ALLAN POE AND THE CASE OF THE HEARTLESS CADET

This classy murder mystery, with a heavyweight cast led by Christian Bale, is an adaptation of an ingenious novel of the same name.

Louis Bayard’s 2003 novel imagined how the young Edgar Allan Poe, now considered the father of detective fiction and a master of the macabre, might have developed his later literary enthusiasms during his time as a cadet at West Point military academy.

The story is set in 1830. Bale plays Augustus Landor, a lugubrious detective hired by the West Point commander (a lavishly sideburned Timothy Spall… one of the quirks of this production is all the Brits playing Americans) to investigate the murder of a cadet, found hanging from a tree and whose heart has been ripped out. 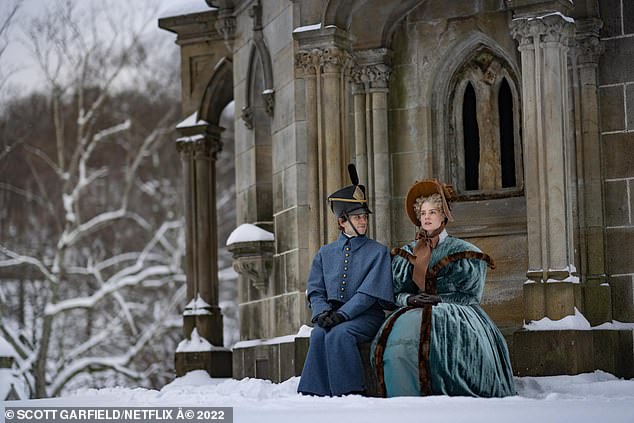 Landor soon enlists another of the cadets, Poe (Harry Melling), to help him investigate. Poe is a strange, cerebral young man, unpopular with his peers, although he and his penchant for poetry appeal to Lea (Lucy Boynton), the beautiful daughter of the West Point doctor (Toby Jones) and his wife (Gillian Anderson).

Then a second cadet is found dead in the same horrific circumstances, intensifying Landor’s suspicions that someone might be committing ritualistic murders as some form of satanic worship. He seeks confirmation from a whiskery old academic (played by 91-year-old Robert Duvall, no less). 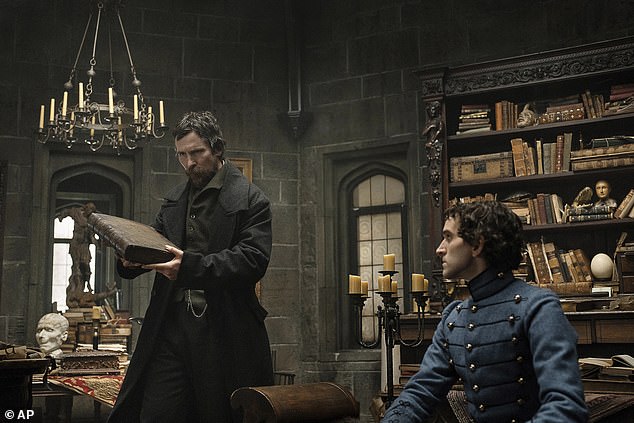 This classy murder mystery, with a heavyweight cast led by Christian Bale, is an adaptation of an ingenious novel of the same name

All this unfolds rather ponderously, but it is beautifully shot and cleverly written, and of course boasts that first-rate, mostly British cast (also including Simon McBurney and Charlotte Gainsbourg).

The writer-director is Scott Cooper, who made another pair of films I admired, Black Mass (2015) and Hostiles (2017). The Pale Blue Eye, its title drawn from one of Poe’s short stories, further enhances his impressive list of credits.

The Pale Blue Eye opens today in select cinemas. It will be on Netflix from January 6.