Britney Spears, 37, locks lips with boyfriend Sam Asghari, 25, as they make their red carpet debut at Once Upon A Time In Hollywood premiere… after three years of dating

And while Britney Spears’s romance with Sam Asghari has been long and fruitful, it wasn’t until Monday evening when they made their PDA-packed red carpet debut as they dazzled at the Once Upon A Time In Hollywood premiere in LA.

The Stronger hitmaker singer, 37 made her first public appearance with the hunky personal trainer, 35, at the star-studded event. 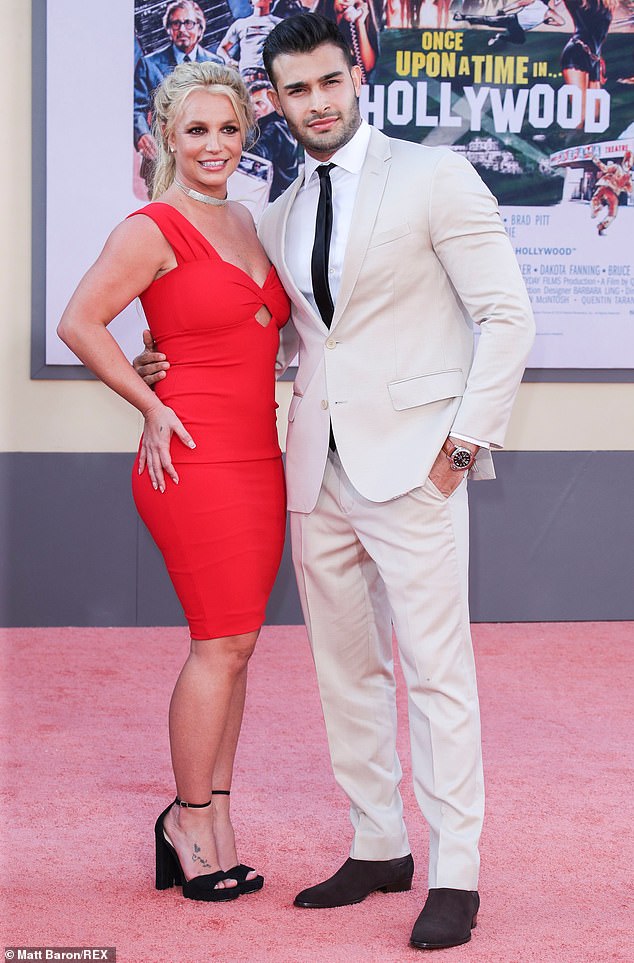 Red carpet debut: Britney Spears  made her first public appearance with boyfriend Sam Asghari at the Once Upon A Time In Hollywood premiere on Monday night.

The two cuddled up for a few cute snaps at the star-studded event in Hollywood, California. Britney looked fantastic in a clinging red mini dress teamed with strappy black heels as she turned up the heat on the red carpet.

Her blonde locks were put in a ponytail as she had natural complementary make-up on her face. Sam looked handsome in an off-white suit teamed with a crisp white dress shirt, black tie, and black suede Chelsea boots.

The pair met on set of her 2016 music video for Slumber Party and began dating soon after. They sparked engagement rumors in 2018 when Brit was seen out with a large ring on her finger. 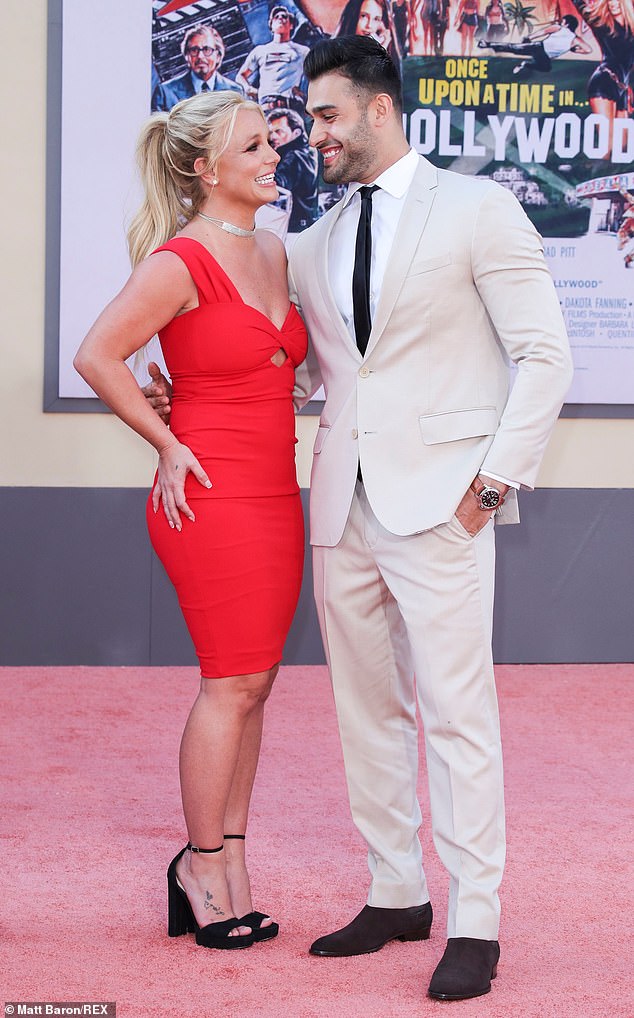 That look of love: The 37-year-old singer stared adoringly at the hunky 25-year-old personal trainer

She shares sons Sean, 13, and Jayden, 12, with her ex-husband Kevin Federline, who has had full custody of both sons since 2008.

The movie is a character comedy/drama set in 1969 in Los Angeles, with multiple story lines paying tribute to what is widely known as Hollywood’s ‘golden age.’

The ninth film from the writer-director Quentin Tarantino features a large ensemble cast and multiple storylines in a tribute to the final moments of Hollywood’s golden age. 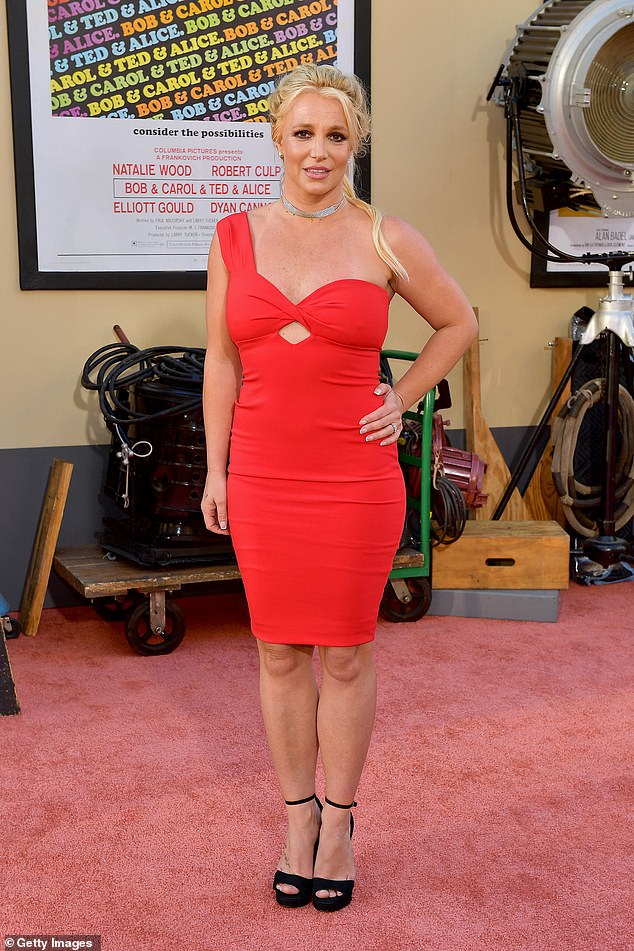 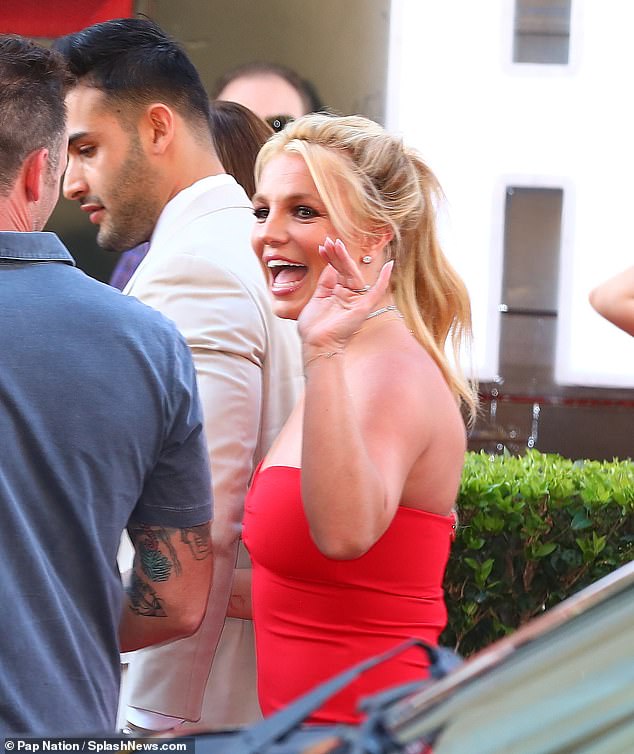 Greeting her admirers! She was offering a dazzling grin and kindly wave at fans 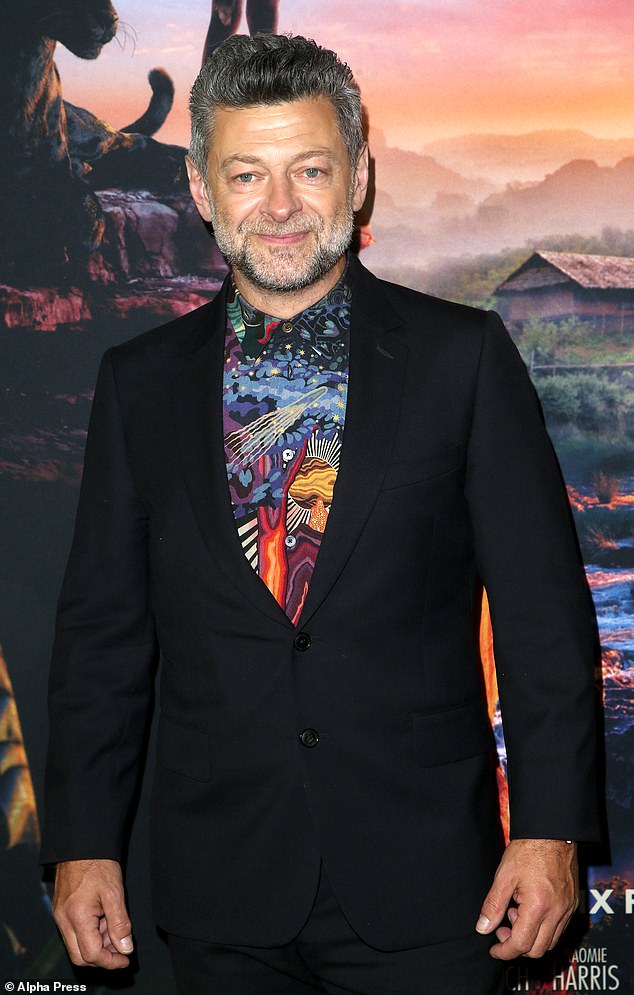 Here we go: Andy Serkis joined the all-star line-up as they strutted down the red carpet 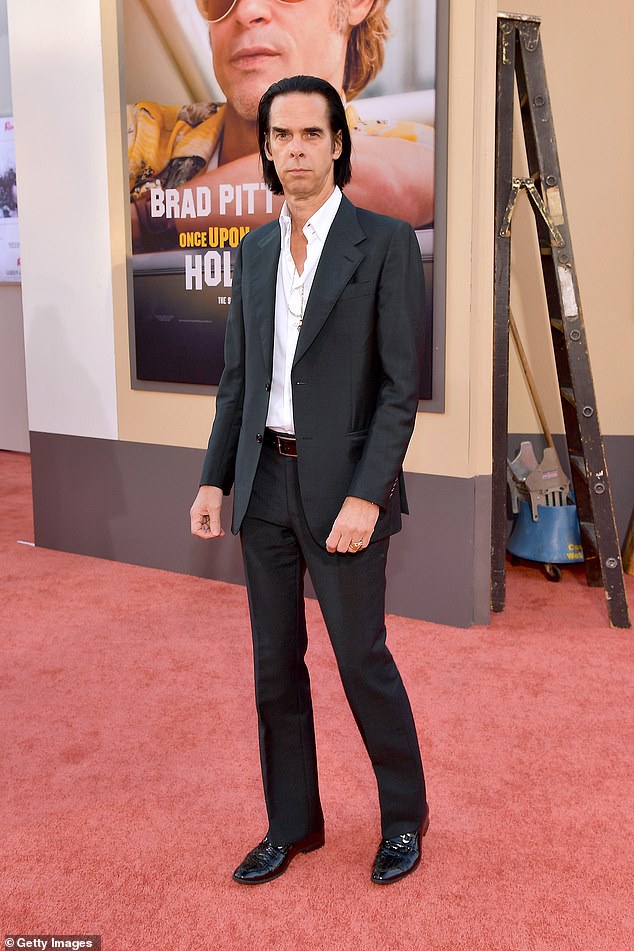 Golden girl: Star of the show Margot Robbie stunned in a white gown for the premiere, evoking old Hollywood glamour, perfectly matching the film’s homage to the golden era 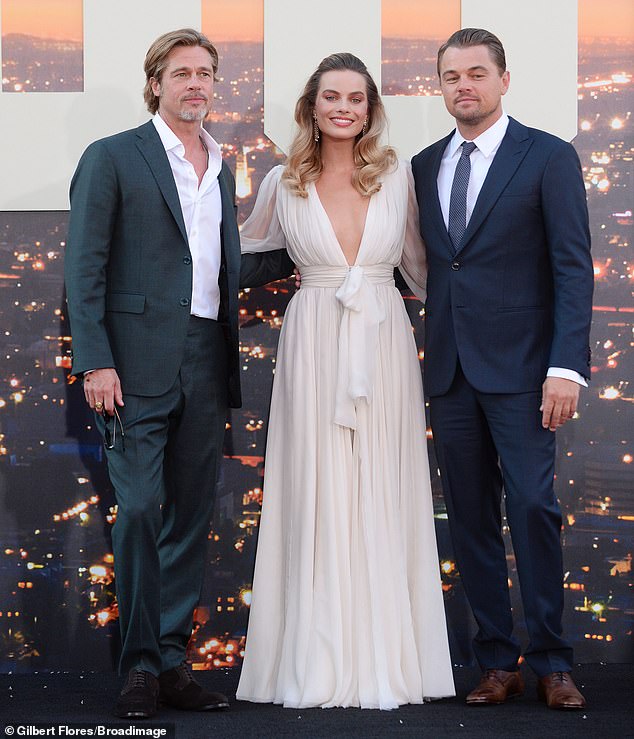 Tremendous trio: She was flanked by co-stars Brad Pitt (left) and Leonardo DiCaprio at the event

Leonardo DiCaprio plays actor Rick Dalton while Brad Pitt plays his longtime stunt double Rick Booth as the dynamic of their relationship will be showcased in the film.

Luke Perry will also be seen in the film in his final role after dying at age 52 on March 4, 2019 following a massive stroke on February 27.

Once Upon A Time In Hollywood will hit US theaters on Friday  and is set for a UK release on August 14. 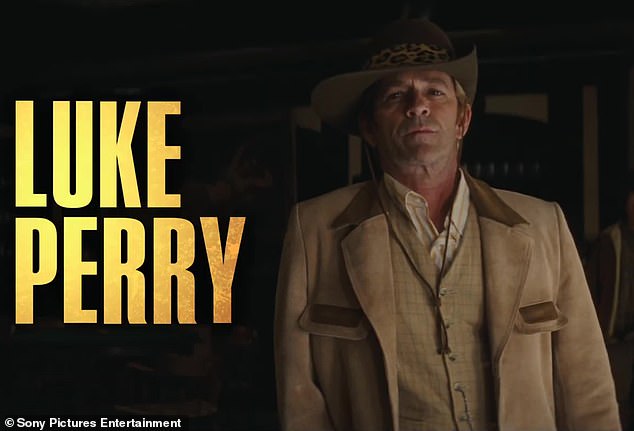 Final ride: As the top-billed stars have been seen in the teaser released in March, one of the biggest additions to the newer clip is Luke Perry who is seen for the first time in his final role

Big deal: Once Upon A Time In Hollywood will hit US theaters on Friday and is set for a UK release on August 14