Carrie Underwood received her star on the Hollywood Walk of Fame on Thursday and was overcome with emotion as she thanked her family and fans for her incredible career.

The 35-year-old singer had difficulty getting through her speech as she cried happy tears. Underwood referenced her small town roots in her speech after receiving kind words from both her “American Idol” mentor, Simon Cowell, and singer Brad Paisley, and said she was able to achieve success through believing in herself as well as others’ support.

“How is this my life?” Underwood marveled. “How does a girl from Muskogee, Oklahoma, end up with a star on the Hollywood Walk of Fame? I’ll tell you how — belief. I’ve been so blessed in my life to have … so many people who believed in me.”

Later, she gave a sweet shout-out to her husband, Mike Fisher, and their 3-year-old son, Isaiah. 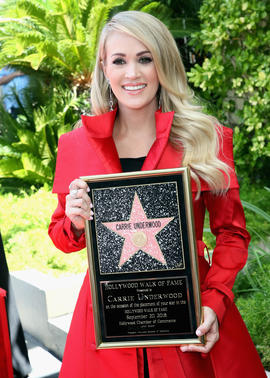 “I met an incredible man, Mike, who thinks I’m so much better than I actually am in every way,” she said. “Thank you for believing in me as a human, as a wife, as a mom and supporting me through all of this. He believes in me, and we had another little man that believes in me too. Isaiah Michael, I love you so much. You’re the best thing we ever did — the best thing. I love you, and I’m proud of you, and I believe in you too.”

“This is absolutely amazing and a dream come true,” she added. “… That’s how this happens — belief. So believe in people, believe in yourselves and just thank you.”

Last week, Underwood heartbreakingly revealed during an interview with “CBS Sunday Morning” that before getting pregnant, she suffered three miscarriages in two years.

“And that was the thing, in the beginning, it was like, ‘OK, God, we know this is, just wasn’t Your timing. And that is all right. We will bounce back and figure our way through it,'” she continued. “And I got pregnant again in the spring, and it didn’t work out. Got pregnant again, early 2018. Didn’t work out. So, at that point, it was just kind of like, ‘OK, like, what’s the deal? What is all of this?'”

A source recently told ET that the country superstar was able to get through her tumultuous 2017 by leaning on her support system, and “learning to take a breather.”

“Carrie is a great mother and an amazing performer and wanted 2017 to be her year,” the source said. “She made some big changes in management but dealing with her career, her miscarriages, her fall and losing part of her team was almost more than she could handle.”

“She has come a long way and we are all so proud of her,” the source continued. “She is incredibly strong. She has an incredibly supportive family and leaned on them and her closest friends to get through it all.”

The source noted that these days, Underwood couldn’t be doing better.

“Carrie is so healthy and happy,” the source said. “Carrie and Mike are so thankful for this precious time, they are great parents and have always wanted more children, so they believe this is a true miracle.” 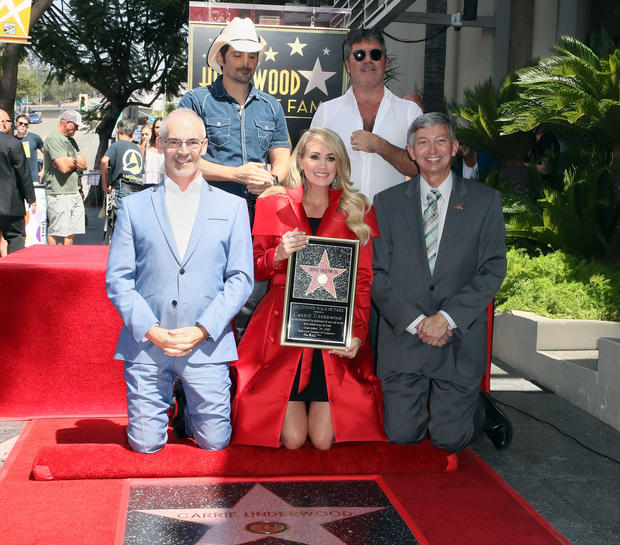