Home » Celebrities » Chrissy Teigen’s Pregnancy Update On Baby No. 3 Is Scary But Hopeful

Chrissy Teigen isn’t one to hold anything back. She’s gotten real with fans time and time again about whatever’s on her mind, so after the star announced she’s expecting another child with her husband, John Legend, her followers wanted to hear all about her pregnancy journey. On Sunday, Sept. 28, Teigen gave everyone an important update: She’s currently hospitalized due to pregnancy complications. Although Chrissy Teigen’s pregnancy update on Instagram is scary, fans shouldn’t worry too much because she says she and her baby are still healthy.

"I don’t share this stuff because I want people to worry," Teigen said in an Instagram Story from her hospital room. "I’ve shared absolutely everything, so why not this, too?"

Teigen went on to explain that she’s been on "serious bedrest" for a couple weeks now due to heavy bleeding she’s been experiencing from what she called her "weak" placenta while pregnant. With the exception of getting up to go to the bathroom and take two baths a week (no showering), she hasn’t moved from her bed at all.

"I was always, always bleeding. I’m about halfway through pregnancy and the blood has been going on for about a month," she revealed. "We’re talking more than your period, girls, but definitely not spotting. A lot of people spot and it’s usually fine. But mine was a lot." 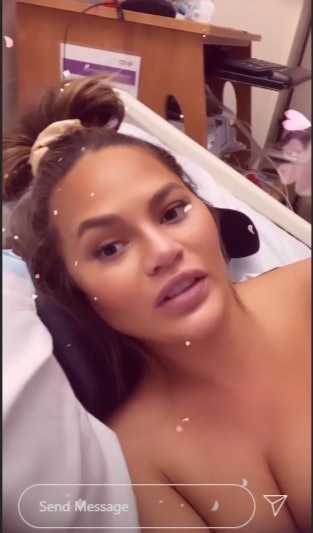 Warning: In case you’re squeamish, Teigen’s next comment really paints a picture of what she means. "Every time I’d go to the bathroom it would be blood, but honestly, just laying there would be blood. But today the big difference was that it kind of was like you were to turn a faucet on to low and leave it there. It was at the point today where it was like never stopping."

Teigen called the situation "weird" because she’s been feeling good about her pregnancy otherwise. "I feel happier than I do not pregnant. That’s why it’s so, so hard for me to come to terms with," she said, adding her baby boy has been moving around in her belly a lot lately.

"He’s like a rollie pollie. We have like a million great pictures of him. He’s just so different than [Miles and Luna] were. So he’s so strong and I’m just so excited for him because he’s so wonderful and just the strongest little dude, so I can’t wait for him," Teigen finished. 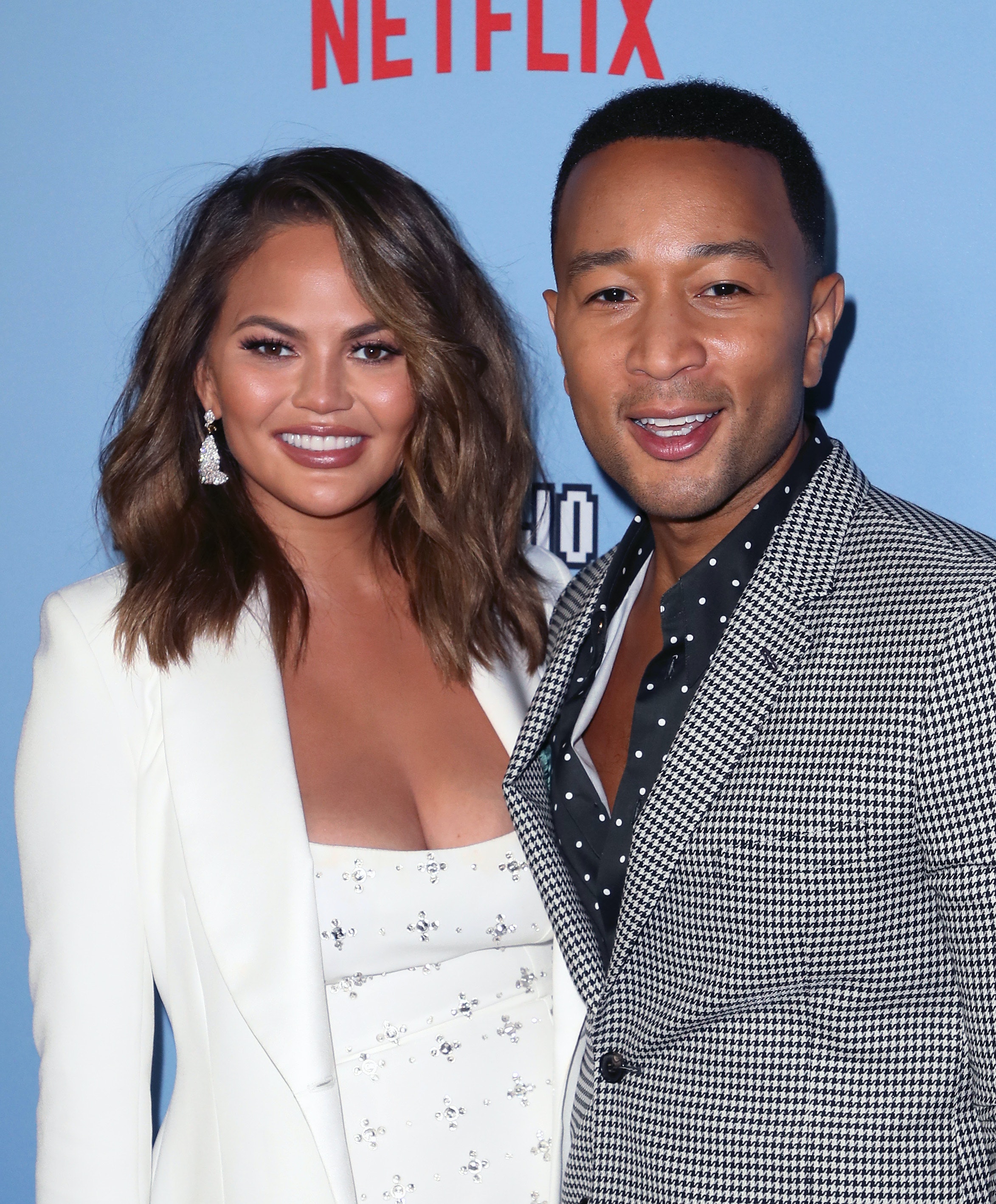 Teigen asked fans to remain respectful of her privacy and not attempt to diagnose her, assuring them she has the best doctors looking after her. Now, fans are rallying behind Teigen and giving her as much support as they can via social media.