Home » Celebrities » CHRISTOPHER STEVENS: canoeist who faked death was short of a paddle

CHRISTOPHER STEVENS reviews the weekend’s TV: Fraudster who faked his death was a canoeist short of a paddle

The Thief, His Wife And The Canoe

What a tempting fantasy — to tell the neighbours you’re going to Bournemouth or Blackpool for a week and then simply drop off the radar with a hefty tax bill unpaid.

Don’t tell me you’ve never thought about it? The notion usually hits me on holiday, after an hour too long in the sunshine outside a cafe. Why go back? Why not just… vanish?

Sanity returns when the sunstroke wears off. The most fascinating aspect of John Darwin’s story, dramatised over four nights in The Thief, His Wife And The Canoe (ITV), is that he went through with it.

Darwin staged his own disappearance, paddling his kayak into the sea off Hartlepool in County Durham and leaving his wife Anne to report him missing.

For three weeks, he lived rough before sneaking back home and living secretly in a spare room.

The deception was so brazen that the Darwins did not only convince the police, the Press, their creditors and their insurers that John was dead. Even their two adult sons believed it. 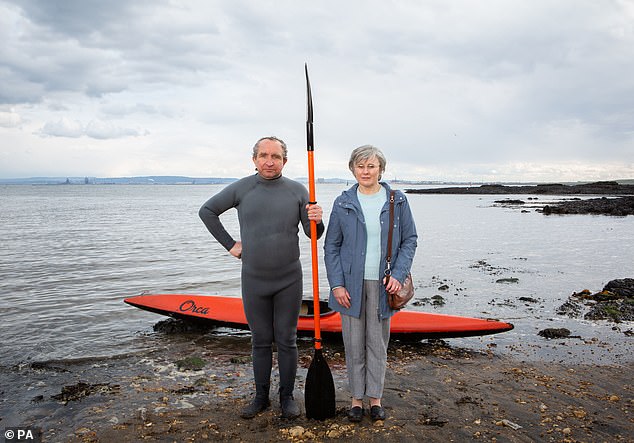 Monica Dolan is Anne Darwin and Eddie Marsan is John Darwin (pictured) in the ITV drama The Thief, His Wife and the Canoe, which Christopher Stevens gave a five star review for 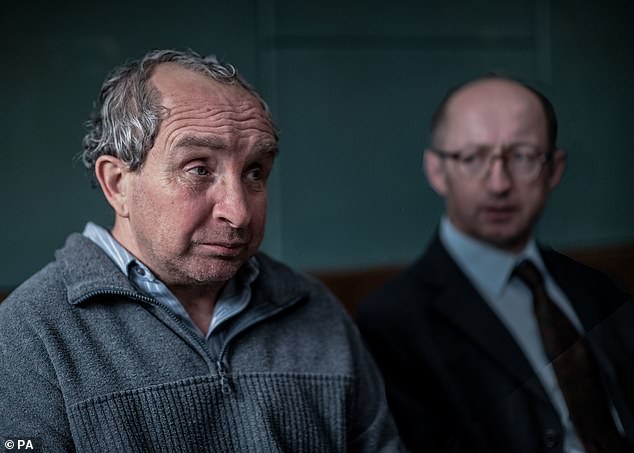 From start to finish, the whole plan was insane. Chris Lang’s hilariously deadpan script captures the sheer stupidity of it, while convincing us that to the Darwins, deeply in debt, every step was unavoidable. They were being frogmarched by fate. ‘I am most certainly not mad, Anne,’ declared John indignantly. ‘What I am is a man who thinks outside the box.’

The marvellous Eddie Marsan is superb as prison officer John, as delusional as he is devious — ‘a man who,’ in the words of his wife, ‘would buy a Range Rover he couldn’t afford and spend £3,000 on a personalised number plate, and all before we’d got the gas connected’.

Throwback of the weekend:

Ventriloquist Jamie, 13, did a brilliant song-and-gags act with his puppet Chuck on Britain’s Got Talent (ITV), with a classic end-of-the-pier routine. He even sang a Sammy Davis Jr number. And he taught himself from YouTube videos! Vaudeville is back in style.

Intriguing as it is to contemplate, his crime is thoroughly unpleasant and heartless. Setting out to defraud the insurance company, he ends up robbing his own sons of their family.

Marsan makes sure we understand what a nasty, manipulative piece of work Darwin is. He bullies and belittles his wife, and thinks nothing of the fact she is risking prison to support his blundering plot.

But he also makes the man a tiny bit likeable, just because he is so pathetic. Planning what to pack in his rucksack, he decides on a sleeping bag and a tent… and Kendal Mint Cake. Somehow, he feels this last detail guarantees success.

The whole sorry mess is seen through Anne’s eyes. Monica Dolan ensures we never feel angry or disgusted with her, even when she’s lying point-blank to her children.

Dim but loyal, full of common sense but without a shred of self-confidence, she thinks of herself as a woman who grabbed hold of a rope trailing from a hot air balloon. Now she daren’t let go.

That’s the sort of adventure that might whisk away Jodie Whittaker in Doctor Who (BBC1). There has never been an incarnation of the time-traveller from Gallifrey who has been less in control of events.

Her companions, Mandip Gill as grumpy Yaz and John Bishop as insipid Dan, would probably just stand and watch her go, while explaining to each other in lumpen dialogue what’s happened.

Despite its generous budget for special effects, and the return of the Sea Devils who were a favourite foe of the third Doctor, Jon Pertwee, this one-off episode was painfully slow and confused.

And as the Doctor blurted out her affection for Yas, another basic rule of the series was chucked aside. Time Lords (or Time Ladies) are not supposed to fall in lust with their human companions. Think of the age difference . . . several thousand years. That’s just creepy.