Home » Celebrities » Kaley Cuoco rescued a zonkey, a mix between a zebra and a donkey 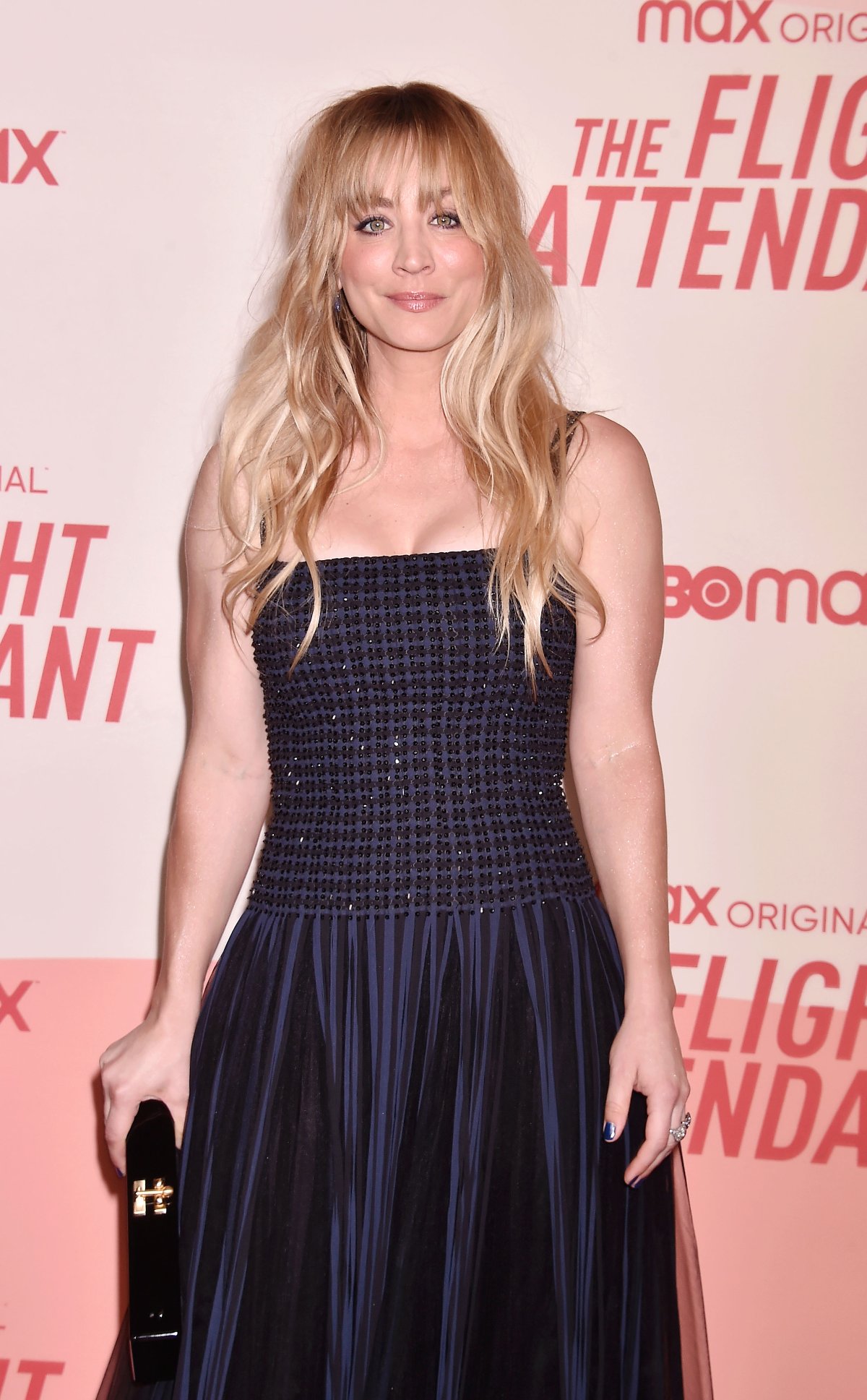 The second season of The Flight Attendant is premiering tomorrow night! Kaley Cuoco is making the promotional rounds for the show. She’s clearly very proud of her work on this show — she found the book and got the show made through her production company, Yes, Norman Productions. Kaley recently spoke to Glamour about a few topics, including her personal life. This week, she appeared on Jimmy Kimmel Live! to talk about rescue animals and work, including her appearance on Curb Your Enthusiasm and working with Sharon Stone on The Flight Attendant. Here’s some of what she told Kimmel, and the video is below.

On her latest rescue animal
Easter was awesome. Got a couple new rescue animals to add to the family. I rescued a zonkey yesterday. I’m insane. It has zebra legs and a donkey body. It goes he-haw like a donkey. I think it’s got a little more donkey. Her name is Zonkey. We rescued her from a very bad situation. My team got her.

I have so many [rescue animals]. I don’t think I’m allowed to say [how many] because I think it’s at hoarding level and I’m afraid they are going to come take them away. I would say it’s more than 20. All farm animals at this point.

How Sharon Stone ended up playing her mom
She was a fan of the show and she heard we were casting my mom. She actually called casting [and left a voicemail]. We did the deal and all of a sudden she was my mom.

Sharon Stone slapped her three times unscripted
We had these very intense scenes… very emotional. Before we started the scene she [asked] ‘how do you feel about me touching you in this scene?’

‘Whatever you want to do, you are Sharon Stone.’ We do the take and at the end she’s supposed to say something very serious to me and walk out. She says this line to me, she grabs my face [and] whacks me. I had snot coming out, I’m crying, literally shaking, “cut.”

Sharon comes back ‘I love you, I didn’t mean to do that, it just felt right for the scene.’ I just got bitch slapped.

We do another take, crying, she comes up to me, she wails on me again. [I think] ‘Sharon Stone isn’t going to slap me a third time, we got it.’ We do the take again, she gets right in there. Slaps me again. Three times I got slapped. I need to ice [my cheek].

Kaley’s production company is actually named after her beloved dog, Norman, who passed away last year. Kaley has adopted multiple senior dogs and apparently has many animals including horses, dogs, a bunny, a goat, piglets, a rooster, and now a zonkey. The zonkey story is pretty cool. I’ve never heard of that hybrid before. It looked more donkey than zebra in the picture, but it had those cool striped legs. I think it’s really nice when celebs with the space and resources adopt a bunch of animals and give them nice lives. Miley Cyrus and Martha Stewart also come to mind. I know people who have ducks and chickens and it seems like a lot of work for them, but Kaley and these other celebs surely have people that help care for their animals. In theory, I would want to do something similar if I had the means, but in practice my cat would definitely not allow any other animals in her home.

The way Kaley tells the Sharon Stone slap story is… interesting. She tells it like she’s fine with it now and is happy with the end result, but I detect a slight undercurrent of “wtf.” And honestly, wtf?! I find that story kind of appalling. I would be so pissed. Sharon asked Kaley if she was okay with her touching her face, which is appropriate, but then proceeds to slap her without warning or consent, not once, but three times. And apologizes after each time, saying that it felt right for the scene. Okay, if that’s what feels right for the scene you can still ask and do another take where everyone is prepared. Sharon didn’t have to unexpectedly slap her to force a real reaction out of Kaley since they are actors and they can act like they are surprised. None of the slaps were necessary, but the third one where the coverage wasn’t even on Kaley was extra unnecessary! Obviously the crew and producers knew it wasn’t right from their reaction, and Kaley should have let them say something to Sharon if she didn’t want to do it herself. Jimmy was right when he was like “um, maybe she’s not the best person.” Kaley needed to ice her face! Kaley can laugh it off now, but she was clearly shook in the moment and hopefully she finds the end result worth it because I sure wouldn’t.

This is not Kaley’s zonkey, but hers looks like this.