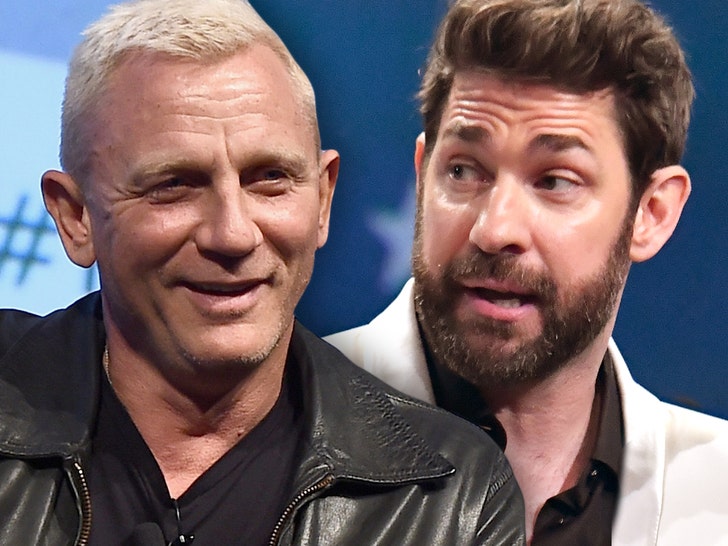 Daniel Craig was reportedly choice #1 to play Mister Fantastic in the new ‘Dr. Strange’ movie, this over the eventual chosen one in John Krasinski … also, spoiler alert ahead.

The news comes from Deadline reporter Justin Kroll, who wrote … “Fun fact, Krasinski wasn’t the first choice, the actor originally set to play the role was all set to shoot but when there was an uptick in COVID cases, he backed out as he was living in London and didn’t think the quick shoot wasn’t worth risk of bringing back COVID to the fam.

He was responding to a story about Elizabeth Olsen saying she’d never met John Krasinski during an interview with Vanity Fair — a la Keke Palmer’s “I Don’t Know This Man” moment.

Anyway, Kroll followed up to bat down conspiracy theorists who noted Craig had shot ‘Knives Out 2’ around the same time, questioning why he’d be willing to film one and not the other.

To that Matt says, “For those asking about why he was able to shoot KNIVES, that was months of shooting and if he got COVID, he would be the only one infected. STRANGE was maybe a day of shooting and worry was he could head back home and not know he had it and give to daughter who was 2 at the time.”

Of course, some are questioning the legitimacy of this theory — especially amid other reports that have Craig pegged as another would-be Marvel hero other than Mister Fantastic — and the reason is … he looks nothing like Reed Richards, whereas Krasinski is a dead ringer.

Some are claiming, yes, Dan was, in fact, considered for the film — but that he was going to play Balder the Brave — Thor’s half-brother — which makes a lot more sense … i.e. blonde.

In any case, the idea that James Bond himself could well appear in the MCU — even at this point — is pretty insane … but not totally far-fetched. With all this multiverse hopping they’re doing lately in superhero flicks generally, anything (and anyone) is possible, it seems.